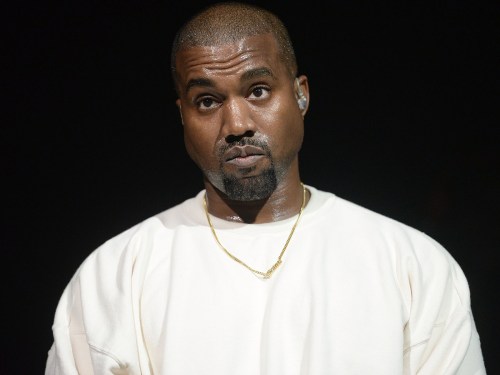 Universal Music Group, the world’s largest music company and the parent company to Kanye West’s longtime record label Def Jam Recordings, condemned antisemitism in a tweet on Monday, two days after West took to Drink Champs to voice stereotypes about Jews as well as false statements about the death of George Floyd.

“There is no place for antisemitism in our society. We are deeply committed to combating antisemitism and every other form of prejudice,” UMG said in a tweet promoting a partnership it has with the American Jewish Committee. While the tweet doesn’t specifically mention West — the partnership between UMG and the AJC started before the controversy — the Monday tweet is the closest to a statement the label has given on West’s latest comments.

The comment from UMG surfaces amid another revelation between West and the major music company: Kanye is no longer signed to Def Jam. After 2021’s Donda, West, who has spent most of his career with the label, completed his deal with Def Jam and is free to pursue music deals elsewhere. West’s recent statements had little to do with the matter given that Donda is a year old, though in light of his recent behavior, his free agency becomes a test to see how much interest West will still garner, and how much the music industry is willing to handle.

One source with knowledge of the deal and another source close to the label confirmed the news to Rolling Stone, noting that the two parties haven’t entered a new agreement. “My understanding is that he’s fulfilled his current contractual obligations and [West and the label] are not currently under contract,” the source with knowledge of the deal says. (The Los Angeles Times first reported on the development between Def Jam and West on Sunday.)

Regardless of whether West will release new music through Def Jam, the label will still be in business with West as it is responsible for maintaining his catalog. It isn’t clear if West and UMG will close a new deal to keep him with the label. However, given their past, the notion that West and UMG would part ways after their most recent deal had been met isn’t particularly shocking. He went as far as suing UMG, Def Jam and Roc-a-Fella as well as his publisher EMI in 2019. West also made his feelings towards the label clear in 2020, when he tweeted images of his record contract, noting he felt he was treated unfairly. In the process of that latter Twitter moment, he revealed the contact information of UMG’s general counsel.

West has garnered significant controversy over the past week, and it’s continuing to snowball. His Instagram and Twitter accounts were restricted last week after he tweeted he was “going to go death con 3 on Jewish people.’” This past weekend during an interview on Drink Champs, he stated further antisemitic comments about his belief that Jews control the media and falsely claimed that George Floyd died from fentanyl rather than a police officer’s knee on Floyd’s neck.

Floyd’s family said that they’re considering suing West over his comments. Lee Merritt, an attorney for the Floyd family, told Rolling Stone they would know by the end of the week what claims they have and said the Floyd family feels “absolutely betrayed by his comments.”