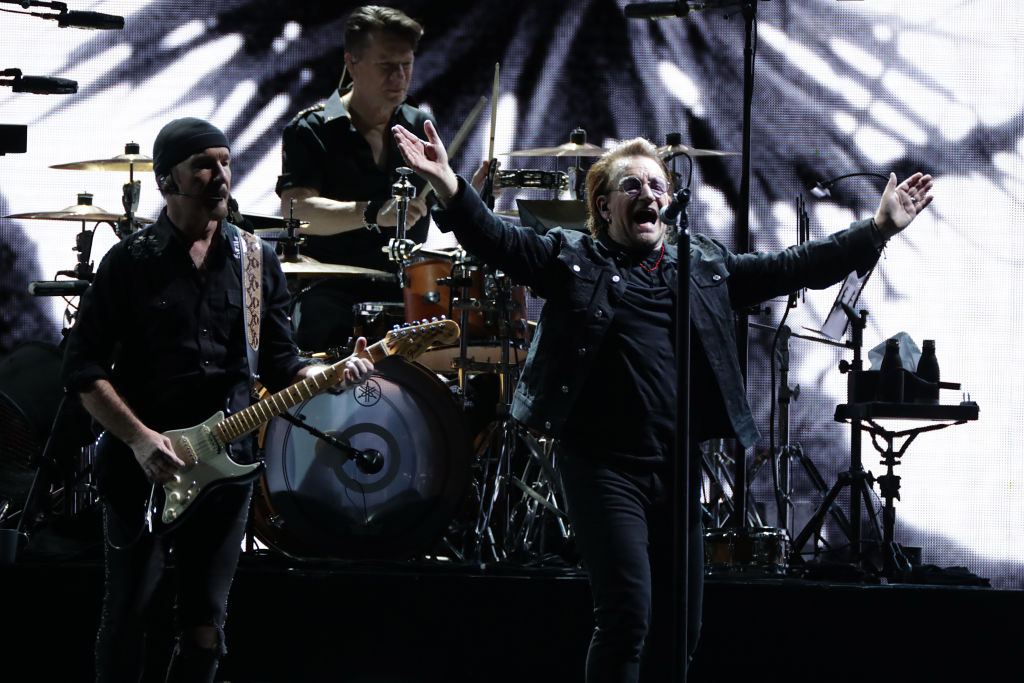 U2 will reportedly stage a Las Vegas residency to open a newly constructed Sin City arena in 2023.

Billboard reports that Bono and company will be the premiere act when the $1.8 billion MGM Sphere finally opens at the Venetian resort next year. The residency’s dates have not yet been announced, but the shows will reportedly be non-consecutive and spread over the course of 2023.

MSG Entertainment, the company building the new venue hailed as the world’s largest spherical structure, and U2 did not confirm the residency to Billboard.

U2 has not performed a U.S. concert since the North American leg of their Experience + Innocence tour wrapped up here in July 2018. The band last played together onstage in Dec. 2019 when their Joshua Tree anniversary tour ended in Mumbai, India.

The MGM Sphere was originally scheduled to open in 2021 but the Covid-19 pandemic delayed its arrival until 2023. When completed, the 388-foot-tall venue will hold between 17,500 and 20,000 people along with what is promised as a state-of-the-art audio and visual experience, including 580,000 square feet of programmable LED panels, KSNV reports.

Opening the MGM Sphere isn’t the only honor U2 will be receiving in the coming months: Earlier this week, the Kennedy Center announced that the Irish band would be among its 2022 honorees along with George Clooney, Gladys Knight, Amy Grant and composer Tania León.

Next year promises to be a busy year for the band as they also have a Netflix scripted series about U2’s history in the works in addition to working on a new album, their first since 2017’s Songs of Experience.