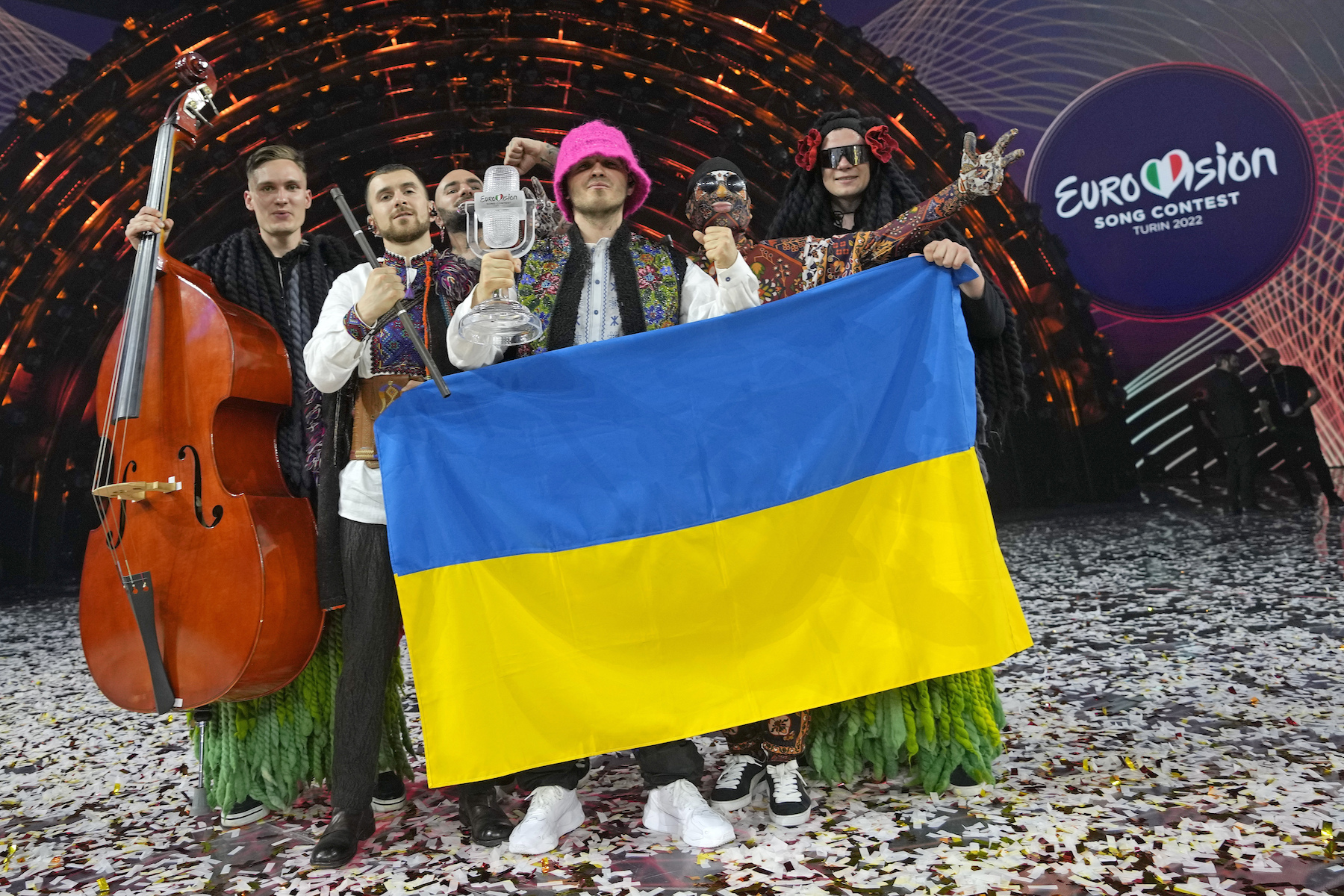 The U.K. will host the 2023 Eurovision Song Contest on behalf of Ukraine, the European Broadcasting Union (EBU), and BBC revealed on Monday.

Ukraine’s Kalush Orchestra were named the winners of the 2022 Eurovision Song Contest earlier this year, and as champions, Ukraine would customarily host the 2023 event. But as Russia – which was blocked from participating this year – continues to invade the country, its winning broadcaster UA: PBC will officially pass off hosting responsibilities to the U.K., whose own Sam Ryder came in second place in the 2022 contest.

“Following the decision that, regrettably, next year’s event could not be held in Ukraine for safety and security reasons the EBU explored a number of options with the winning broadcaster,” the EBU shared in a statement. “As a result of discussions, the BBC, as runner up in the 2022 Contest, was invited by the EBU to act as Host Broadcaster for the 67th Eurovision Song Contest.”

The BBC has assumed hosting duties on behalf of other winning countries in the past, including the Netherlands, France, Monaco, and Luxembourg, between 1960 and 1974.

In a statement, Eurovision Song Contest’s Executive Supervisor Martin Österdahl said: “Continuing in this tradition of solidarity, we know that next year’s Contest will showcase the creativity and skill of one of Europe’s most experienced public broadcasters whilst ensuring this year’s winners, Ukraine, are celebrated and represented throughout the event.”

The 2023 Eurovision Song Contest host city will be named in the coming months after the conclusion of a bidding process set to begin this week.

“It is a matter of great regret that our colleagues and friends in Ukraine are not able to host the 2023 Eurovision Song Contest,” said Tim Davie, director-general of the BBC. “Being asked to host the largest and most complex music competition in the world is a great privilege. The BBC is committed to making the event a true reflection of Ukrainian culture alongside showcasing the diversity of British music and creativity. The BBC will now begin the process to find a Host City to partner with us on delivering one of the most exciting events to come to the UK in 2023.”

Mykola Chernotytskyi, head of the managing board of UA: PBC, added: “The 2023 Eurovision Song Contest will not be in Ukraine but in support of Ukraine. We are grateful to our BBC partners for showing solidarity with us. I am confident that together we will be able to add Ukrainian spirit to this event and once again unite the whole of Europe around our common values of peace, support, celebrating diversity and talent.”