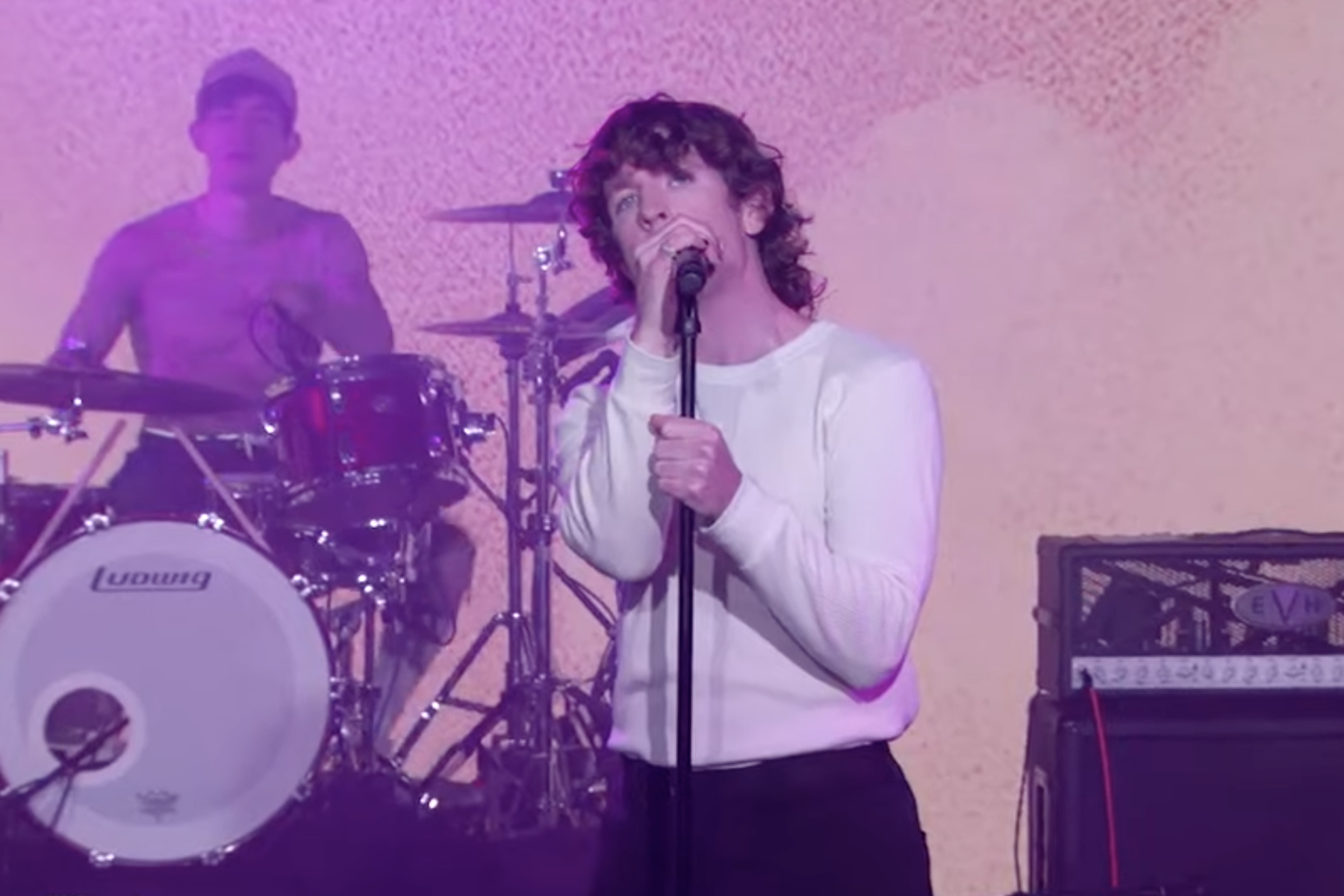 Turnstile returned to late-night Wednesday, delivering a high-octane version of the song “Mystery” on Jimmy Kimmel Live. The track served as the lead single for the group’s critically acclaimed 2021 LP, Glow On, which came in at number 8 on Rolling Stone‘s list of the 50 best albums of the year.

The Baltimore-based punks’ unique brand of hardcore draws from a wide-range of sonic inspirations, channeling everything from experimental pop to electronic dance music. On “Mystery,” however, Turnstile stays true to form, evoking the melodic, emotional-driven sound of post-hardcore pioneers such as Fugazi and Unwound. For those who insist American punk is dead, “Mystery” is an undeniable rebuttal that proves the genre continues to thrive and evolve beyond its boundaries.

The band also performed three additional songs — “Blackout,” “Don’t Play” and “Holiday” — as a web exclusive for the show, which you can watch below.

Turnstile is currently touring in support of Glow On, appearing at numerous festivals throughout the summer — including Coachella — in addition to headlining dates in the U.S. and Europe.