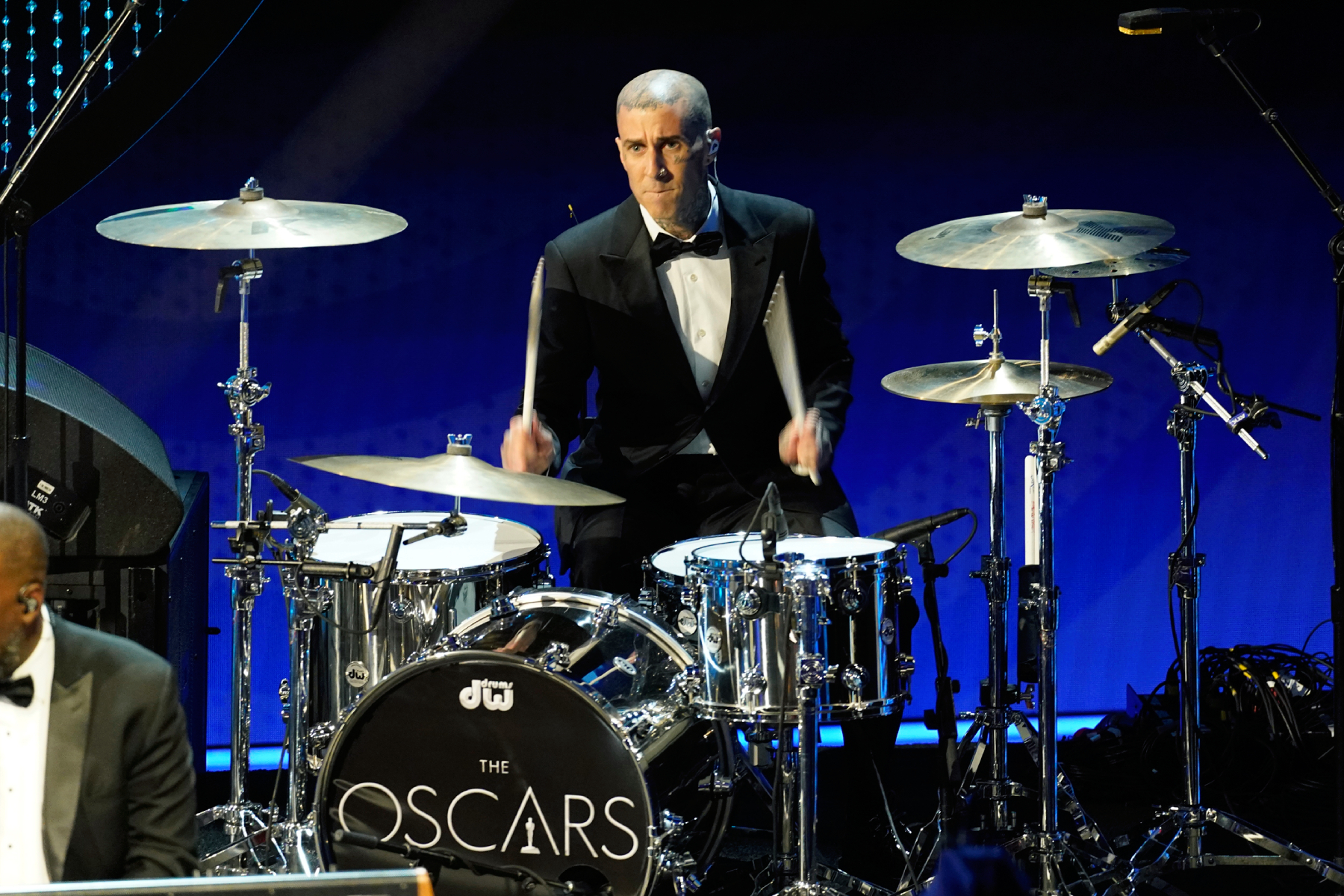 Travis Barker was transported to a Los Angeles hospital for pancreatitis on Tuesday, ET reports.

“Travis was sick and had intense pain in his abdomen and it really concerned him and [wife] Kourtney [Kardashian]. They called 911 and he was rushed to the hospital. After speaking with Travis and running several tests, doctors said Travis is suffering from pancreatitis,” a source told ET.  It is unclear what caused the pancreatitis.

Reps for Travis Barker and Kourtney Kardashian did not immediately return Rolling Stone‘s requests for comment.

On Tuesday, according to multiple reports, the Blink-182 drummer first arrived at West Hills hospital before he was transported to Cedars-Sinai in an ambulance with their security personnel following closely behind. Kardashian also accompanied her husband to the hospital.

“God save me,” Barker had tweeted on Tuesday morning. It’s unclear if the tweet was related to his health situation. Barker had worked on Machine Gun Kelly’s song titled “God Save Me” and on Tuesday evening, Barker’s son Landon performed at Madison Square Garden with MGK. According to E! News, neither artist mentioned Barker’s hospitalization during the show.

The news of his hospitalization comes just days after he celebrated Father’s Day with his children and step-children. “You are so amazing you are the beast. You are the beast drummer ever,” wrote Kardashian’s daughter Penelope in a card. “You make my mom happy! Happy Fathers Day.”

On Tuesday, singer Jxdn released a pair of songs in honor of his late friend Cooper Noriega. Both tracks were both produced by Barker. “Travis has really experienced everything that a person can experience, and he’s gone through this for sure,” Jxdn told Billboard. “So I go to the studio and we didn’t plan anything, we were just talking about Cooper and how amazing he was. We weren’t worried about what the songs were gonna be, we were making them because it was therapy.”