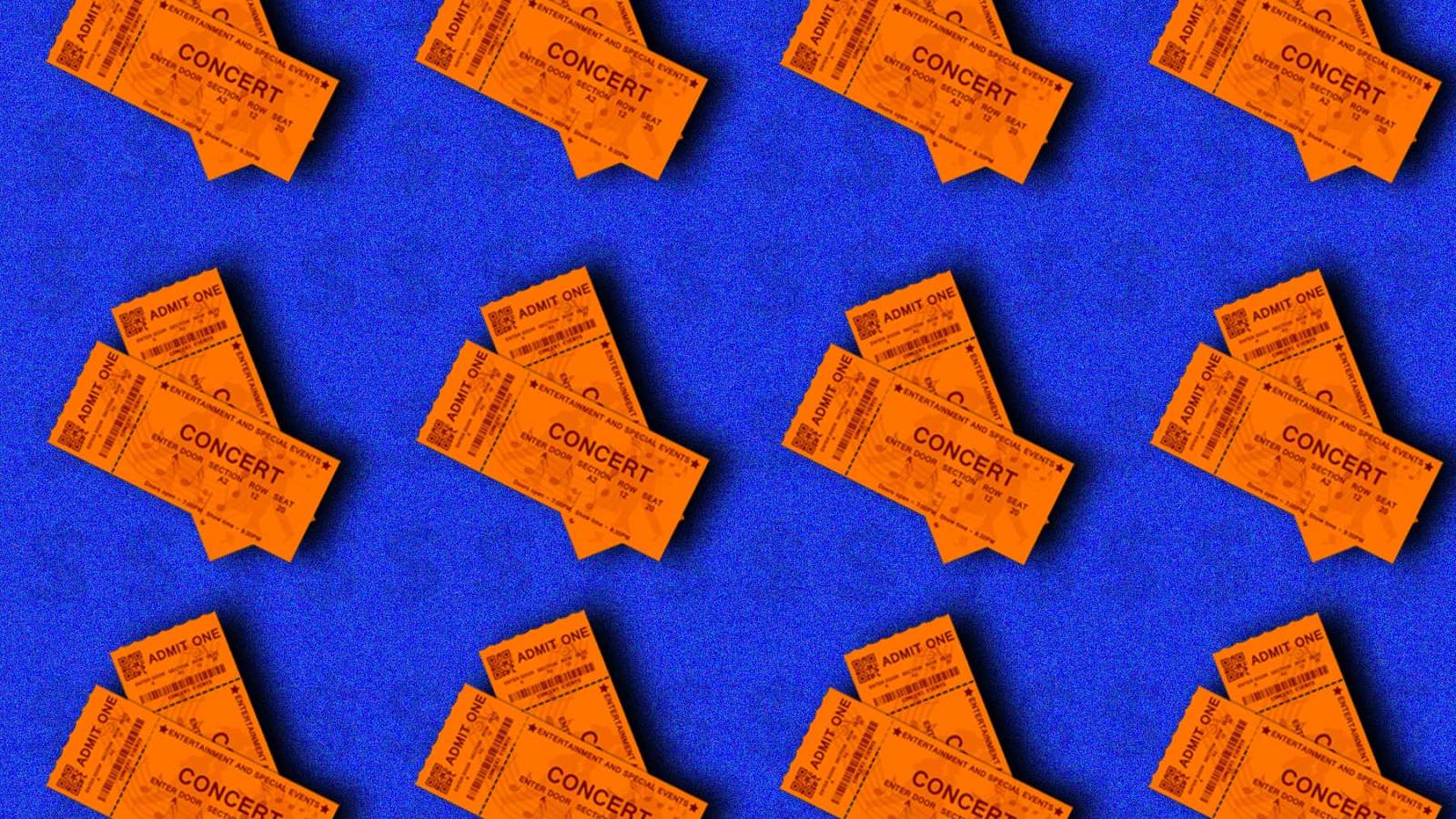 New York passed one of the more consumer-friendly sets of ticket legislation in the United States in years over the summer, when the state declared that all ticket sellers must provide their fees up-front rather than hide them at the end of a purchase. The state also declared that resellers have to disclose the tickets’ original face value when customers buy on the secondary market instead of from the original seller. But in the two months since the law went into effect, many of the biggest ticket marketplaces in the live industry aren’t following the new law, a state senator influential in its passing says.

Rolling Stone went through the purchasing processes across Ticketmaster, AXS, StubHub, Vivid Seats and SeatGeek, finding that most of the ticketing companies at minimum employ policies that don’t reflect the spirit of what the lawmakers intended and at worst may have defied some of the new statutes.

James Skoufis, a New York state senator who was active in authoring the new legislation, says he’s been in contact with the New York Attorney General’s office in recent weeks to further raise the need to enforce the law.

“There is a lot of non-compliance there, no question about it,” Skoufis says. “There is no gray area here, it’s black and white. I think [the ticket services] are testing the boundaries of what they can get away with. The statute doesn’t provide for leeway. Either you’re showing all-in prices, or you’re disclosing the face-value prices, or you’re not.”

StubHub and Vivid Seats, for instance, initially list a lower price when buying tickets to events, but only show the cost with fees when a user clicks on the tickets before heading to check out. For some of AXS’s New York events, all-in prices are shown right away, while at others like for multiple shows at Terminal 5, customers initially see a cheaper price before seeing the price with fees at the next window. While SeatGeek immediately shows the all-in price on its website, on its mobile app, the company only shows fees immediately if customers turn the filter on, but that filter button isn’t visible without scrolling. Ticketmaster appears to tack on a nominal fee on some orders that adds a couple dollars more to the price listed before checkout. (Ticketmaster’s president Mark Yovich tells Rolling Stone an order fee can’t be calculated until a customer selects how many tickets they’re buying.)

Beyond the all-in prices, nearly all of the secondary platforms aren’t regularly disclosing tickets’ original face value; only Ticketmaster and AXS, the two largest primary ticket providers, appear to be consistently complying with that law.

Ticketmaster lists the original price at check-out time, while AXS reveals the original price after clicking on a ticket, but before checkout. StubHub has face value disclosed at the end of a purchase in fine print that requires a customer to hover over with their mouse or click on their phone to see, and while some tickets did reveal the face value, many ticket listings Rolling Stone reviewed didn’t disclose the original ticket price. Original prices on SeatGeek are also listed at check-out in fine print and are similarly inconsistently disclosed, as are Vivid Seats’. Without showing original ticket prices, as Skoufis claims, the services are violating New York’s statute. Without widespread disclosure of original ticket prices the resellers are failing to divulge what can often result in hundreds of dollars of ticket markups for fans.

One ticket for the 1975’s upcoming Madison Square Garden show, for example, is selling on Ticketmaster’s resale service for $387 before fees. As Ticketmaster notes on its site, the seller originally purchased the ticket for $73.50. A ticket in the same section and row was selling on StubHub for $511 before fees, but the original price isn’t disclosed. A general admission floor ticket to see the Arctic Monkeys at Forest Hills Stadium in Queens listed on AXS’s resale market for $300 after fees with an original price of $89.50. General Admission floor tickets were going for anywhere from $277 to $800 with fees, though Rolling Stone couldn’t find one floor seat that listed the face value price.

Two tickets for WWE Smackdown this December at the KeyBank Center in Buffalo sold on Ticketmaster’s resale service for about $172 each after fees with an original listed price of $96 per ticket. On SeatGeek, two tickets in the same section and row were $11 cheaper each, though the original price wasn’t disclosed.

While Ticketmaster and AXS both have their own secondary services, they’re mainly primary ticketing platforms, which would likely make it easier for them to report original prices given that they’re usually the original seller. All-in pricing is far easier for secondary platforms to implement than showing face-value prices, AXS president Bryan Perez acknowledges, given that the former policy merely requires ticketers to show fees right away while the latter relies on information from individual sellers.

“My guess is [resale platforms] don’t know the original price and the only way is if the seller accurately submits it. They’re going to have to rely on the veracity of the seller,” Perez says. “Original pricing is more challenging; it might even require integration with the primary ticketers to supply that information, but I don’t know if it’s entirely fair to put the onus of third-party compliance on the primary company. They need to find a way to solve their problem. They just have to be organized; it’s one extra step resellers need to take.”

Companies like StubHub rely on individual ticket-sellers to disclose the price. The legislation is more impactful on StubHub or Vivid Seats, which are almost entirely secondary marketplaces. Seeing the original price of a ticket may not stop a fan from buying if an artist’s show is in high demand, but it encourages transparency in the market and helps allow ticket buyers to make more informed decisions.

Skoufis notes the legislation didn’t include specifics on penalties, so retribution, if any, would be unclear. He does expect, though, that a letter from the attorney general’s office would be enough. Skoufis also says that if the services are noncompliant, they risk losing the ability to operate in New York.

President Biden, meanwhile, tweeted on Thursday that he has tasked his administration with cracking down on hidden junk fees, acknowledging the frustration that fans have seeing fees tacked on at the end of a purchase and suggesting New York’s all-in ticketing law could be explored on a federal level.

Industry insiders often voice skepticism of the effectiveness of ticketing laws over vague rulings or shoddy enforcement. Most of the largest resellers’ current practices don’t show the all-in price right away, but multiple resale platforms maintained in statements to Rolling Stone that their policies are in line with New York’s legislation because ticket buyers technically are given the all-in price listed before checkout.  (The exact wording of New York’s law is that “the total price and fees shall be displayed in the ticket listing prior to the ticket being selected for purchase, and that the price of a ticket may not increase during the purchasing process.”)

“We fully support consumer transparency in our industry and worked with the sponsors throughout the legislative process,” a Vivid Seats rep said in a statement. “We have made the appropriate changes to our platform as required by the new law in New York.”

A rep for StubHub said it is “compliant with the new legislation. We worked diligently to update our platform to comply with the new law’s provisions in advance of the effective date and have modified the user experience accordingly.”

In a statement, a spokesperson for SeatGeek noted that the company had told lawmakers before the bill passed that disclosing original face value in particular wasn’t simple. “We fully support consumer-friendly rules that strengthen protections for buyers and sellers which is why we believe that this law burdens fans with new requirements to provide info to marketplaces that they may not have access to,” the SeatGeek spokesperson said. “We discussed the limitations with this provision with the lawmakers and staff who drafted it before it was signed into law and they agreed at the time that not every situation presented the opportunity to display a so-called ‘face value.’”

Others in the industry suggest that the prominence of electronic ticketing gets in the way of the face-value law because paper tickets aren’t as common and the price isn’t listed on a virtual ticket stub. (The exact wording of the statute in New York’s law calls for “online resale marketplaces to clearly and conspicuously disclose the established price charged by the operator of a place of entertainment that is printed or endorsed on the face of each ticket.”)

Skoufis’s office refutes both claims, though, claiming that the policies are violations of the law. Evan Gallo, Skoufis’s chief of investigations and counsel, further claims that Rolling Stone that requiring a click to see a ticket’s actual price is noncompliant.

“There’s a big difference between listing prices before a ticket is selected for purchase and at some point before a ticket is purchased,” Gallo says. “It was directly our intent to take all clicking out of the equation. The arching intent of all-in pricing is immediate transparency. That is only facilitated when the first number you see is complete and truthful. Requiring a customer to click multiple times doesn’t follow that law.”

Gallo also refuted claims regarding the difficulty for resale platforms to show original prices, stating that they could enforce it among their resellers rather than leave it flexible.

“Platforms could make it part of their terms or conditions, or make it so a seller cannot post a ticket until the original prices have been given. And if it’s found not to be accurate, that reseller shouldn’t have posted it to begin with. The extent to which they say this information is impossible to obtain is incredibly disingenuous,” Gallo says, adding that electronic tickets aren’t an excuse for noncompliance. “Absolutely not. If you check the ticket details, you can most definitely see what a ticket costs. That’s New York State law.”

Yovich, the Ticketmaster president, warned about the fallout that could come when companies don’t all comply. He says the industry wants to adopt transparent policies like all-in pricing across the country. When asked what would prevent companies from doing so without government intervention, he opined that others wouldn’t take on the policies so they could have a competitive advantage, and those who took the moral high ground would suffer.

“It just won’t work unless everyone does it because fans will still get tricked. If we take the right steps but others don’t, it will appear that other services give customers a better deal,” he says. “They’ll end up buying tickets on the other sites no matter how much we shout and scream about what’s going on.”

Perez similarly expressed the need for compliance. “We think everyone needs to comply with it. You have to have a level playing field if the consumer is going to have the proper information,” Perez says. “In general, we applaud the initiative and feel it’s the right decision, and we hope this policy goes national. I’m on record telling congress the same in 2020. But it only works if everyone does it.”