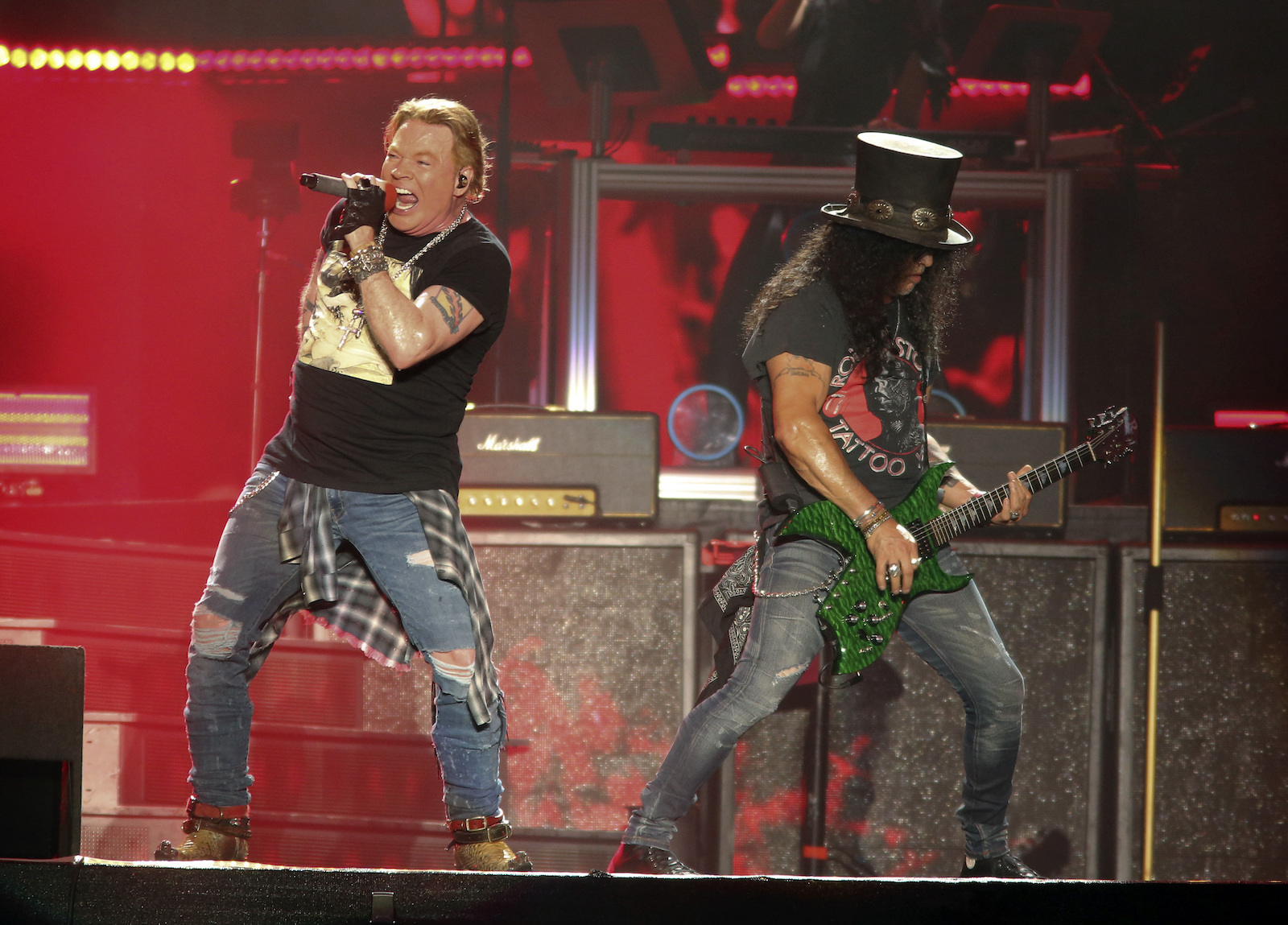 Thunderstorms have wreaked havoc on Daytona Beach, Florida’s Welcome to Rockville Festival this weekend as both Friday and Saturday night’s headlining slots were canceled due to the inclement weather.

Both Korn’s Friday night show — as well as sets by Skillet and Breaking Benjamin — and Guns N’ Roses’ headlining set Saturday were called off for precautionary reasons as storm warnings hit the area, forcing the festivalgoers at the Daytona International Speedway to evacuate. Other artists like Jerry Cantrell and Shinedown played abbreviated sets before the evacuation order was mandated.

“Unfortunately there is another storm headed our way so we regretfully will be cancelling the rest of the show tonight,” organizers Danny Wimmer Presents said in a since-deleted statement Saturday (via Blabbermouth).

“We are as heartbroken as you are that today’s inclement weather has disrupted our plans, but ultimately the safety of our fans, artists, staff and vendors are of the upmost importance. Please make your way to your vehicle or campground calmly. Thank you and see you tomorrow.”

According to the Daytona Beach News-Journal, organizers first halted the Saturday sets at around 3 p.m.; the fest returned with a reconfigured schedule that included GNR and other bands for Saturday, but at 10 p.m. the night’s festivities were called off for good as lightning, winds and hail entered the area.

Tonight’s cancelation at Welcome to Rockville was a massive disappointment. We were really looking forward to the show. But the weather had other ideas. We sympathize with all you guys who got rained out along with us, it fucking sucks. Another time, sooner than later! iiii]; )’

GNR’s Slash tweeted of the cancellation, “Tonight’s cancelation at Welcome to Rockville was a massive disappointment. We were really looking forward to the show. But the weather had other ideas. We sympathize with all you guys who got rained out along with us, it fucking sucks. Another time, sooner than later!” The Welcome to Rockville show would have been GNR’s first since Oct. 2021.

Unfortunately for fans — many of whom have aired their frustrations on social media — the festival’s ticket policy protects them from weather-related refunds, as the fest’s site states, “No refunds or exchanges will be given as a result of weather conditions; and no refunds or exchanges will be given for inclement or severe weather that necessitates an evacuation, delay or cancellation in part or whole of the event.”