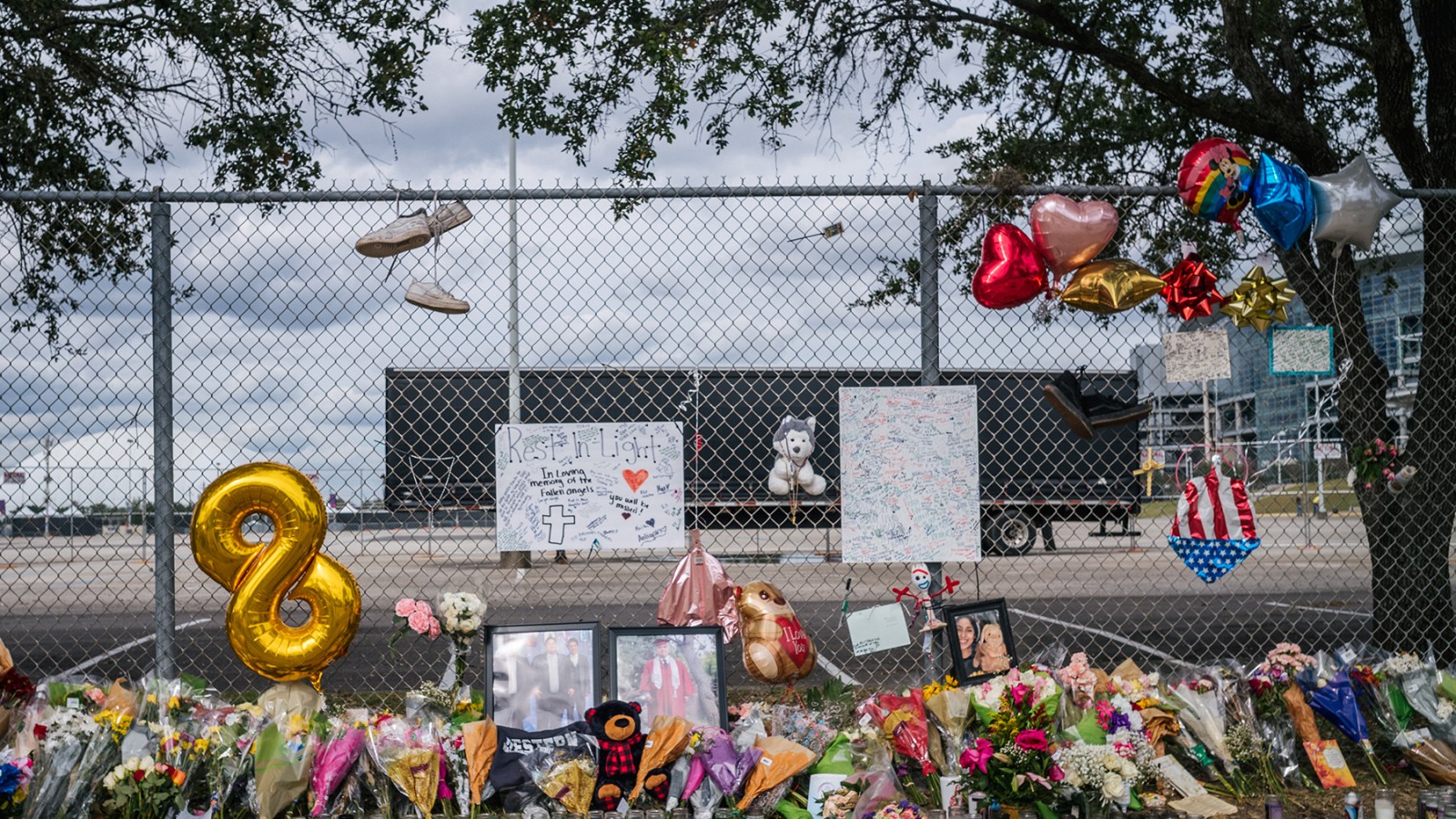 Last year, Madison Dubiski was one of 10 young adults and children who died following a fatal crowd surge at Travis Scott’s Astroworld Festival in Houston. Her family wants to ensure such a tragedy never happens at a concert again. To that end, they’re readying a concert safety non-profit called the Pink Bows Foundation, with ambitious goals to eventually partner with live entertainment events across the country as advocates for safety.

Peter Remington, the Pink Bow Foundation’s co-founder and president, and a family friend of the Dubiskis, recalled speaking with Madison’s father Brian the morning following the disaster almost exactly a year ago on November 5, and hearing the shock in his voice when he told Remington what happened. Within a few days, while freshly grieving, the two began casual conversations about starting the foundation. By early 2022, they began carving out details about what such an organization could look like.

“I couldn’t recognize [Brian’s] voice on the phone, he was so devastated. Madison was a delight. Brian and I spoke about how Madison was such a kind force among her friends [and] among those who knew her. The whole thing with starting this foundation became about Madison and honoring her,” Remington says. “But the reality is that nine other kids were killed at that concert. No parent should ever have to worry that their child can go to a concert and never come home, that they’ll be trampled to death.”

The Dubiski family declined to comment for this story due to their ongoing lawsuit against Astroworld promoter Live Nation, Travis Scott and other entities. But their Pink Bows Foundation, made up of themselves, Remington and other trusted friends, has several goals as it looks to have a presence at “all types of large gatherings” as Remington says, to promote event safety. The foundation, a nonprofit organization, wants to set up pink tents at events where attendees can go beyond medical facilities to consult with mental health professionals if they feel overwhelmed and need a place to feel safe.

Remington also says Pink Bows wants to coordinate with event organizers and authorities to help determine when an event needs to be paused or stopped, and communicating with them if concertgoers have any safety concerns. After Astroworld, viral videos showed attendees calling on workers and organizers to stop the show amid the crowd rush, but they seemed to be ignored. Remington says he wants Pink Bows to reflect the concerns of concertgoers, noting that Astroworld reflects a need for attendees’ potential issues to be more directly addressed at events.

“I think a disaster like Astroworld gave us a lot of questions. Who are events hiring? Are they trained? Are authorities or promoters checking through systems properly?,” Remington says. “There clearly needs to be more training; I don’t know if there’s enough people. The Pink Bows aren’t security; it will advocate for proper safety measures. We want to support these efforts. Our job is to blow the whistle if something isn’t right.”

Pink Bows is in its infancy and still has a long way before it could achieve some of the goals it has set out with its founding. For now, they’re thinking about Astroworld’s one-year anniversary, and Remington says some of Madison’s peers have been selling T-shirts. He says the foundation wants to figuratively “paint the town pink,” encouraging those in Houston and around the country to wear pink and to put out a pink bow in Madison’s honor.

Remington says the foundation is still in the information-gathering stage with regard to learning more about the live event industry and best practices for crowd safety. The foundation would eventually like to get in touch with national partners to help amplify their presence at events. But the group rejected working with Live Nation, the world’s largest concert promoter, as well as with Scott.

“Pink Bows Foundation is interested in partnering with any artist or promoter that genuinely values our core mission of keeping people safe,” he said in a statement. “Right now, neither Live Nation or Travis Scott fall into that category.” (Live Nation has denied allegations brought forth in the lawsuits.)

When reached for comment, the company focused on its previous safety measures and more recent efforts, calling safety the “core” to all its events. “We are constantly evaluating and enhancing our extensive security practices,” a rep for Live Nation said. “This work is never done. The nature of a security operation is that it always evolves and adapts to the changing world around us. In addition to the extensive safety policies and programs we already have in place, our recent efforts include utilizing independent experts to evaluate procedures and practices, investing in and testing new technologies centered on security and care for fans, funding ongoing studies on crowds and event safety conducted by world-class universities, advocating for leading industry practices to be adopted into law, and much more.”

“Travis Scott launched Project H.E.A.L. in March 2022 to continue his mission of helping young people,” a rep for Scott said in a statement. “This includes an initiative dedicated to supporting policy and technology solutions for concert safety. He supports any effort which is working towards the same mission.”

A year since the tragedy, victims have been left without clear answers on what most contributed to the crowd rush, how to prevent such disasters going forward, and who holds the most accountability. Hundreds have sued, with the case still in the discovery stage. The event had many issues. Following the disaster, numerous security guards sued multiple entities claiming they weren’t prepared for the event while another guard employed by Contemporary Services Corporation said he wasn’t properly trained and that the company gave guards answers while they took a test required to work the event. (Contemporary Services Corporation hadn’t replied to requests from Rolling Stone but in March denied all the allegations brought in lawsuits.) Planning documents for Astroworld showed little mention of how to handle a crowd surge. A Texas task force claimed a lack of security training and unclear permit protocol could’ve contributed to the crowd rush.

Numerous investigations from local and federal officials started soon after the tragedy, but so far, neither of those have resulted in any published findings for the public. Meanwhile in October, the families of two of the victims — Axel Acosta and Brianna Rodriguez — settled with defendants Live Nation, Scott and other defendants on the case for an undisclosed sum.

Beyond Astroworld, Remington notes a higher need in general to address risks for crowd surges, referencing other deadly events since Houston like the crowd rush in Seoul last weekend that killed more than 150 people. Pink Bows has no guarantee to stop a surge, but it represents a desire to think about them more from those who’ve suffered because of them.

“This can happen anywhere. Look at the crowd storming the field after Tennessee beat Alabama,” Remington says, questioning what risk could come with such an instance. “What can we do to make sure this doesn’t happen again? I have to say there are times where my heart breaks for my friend. I just can’t imagine or put myself in the shoes of a parent who lost their child.”