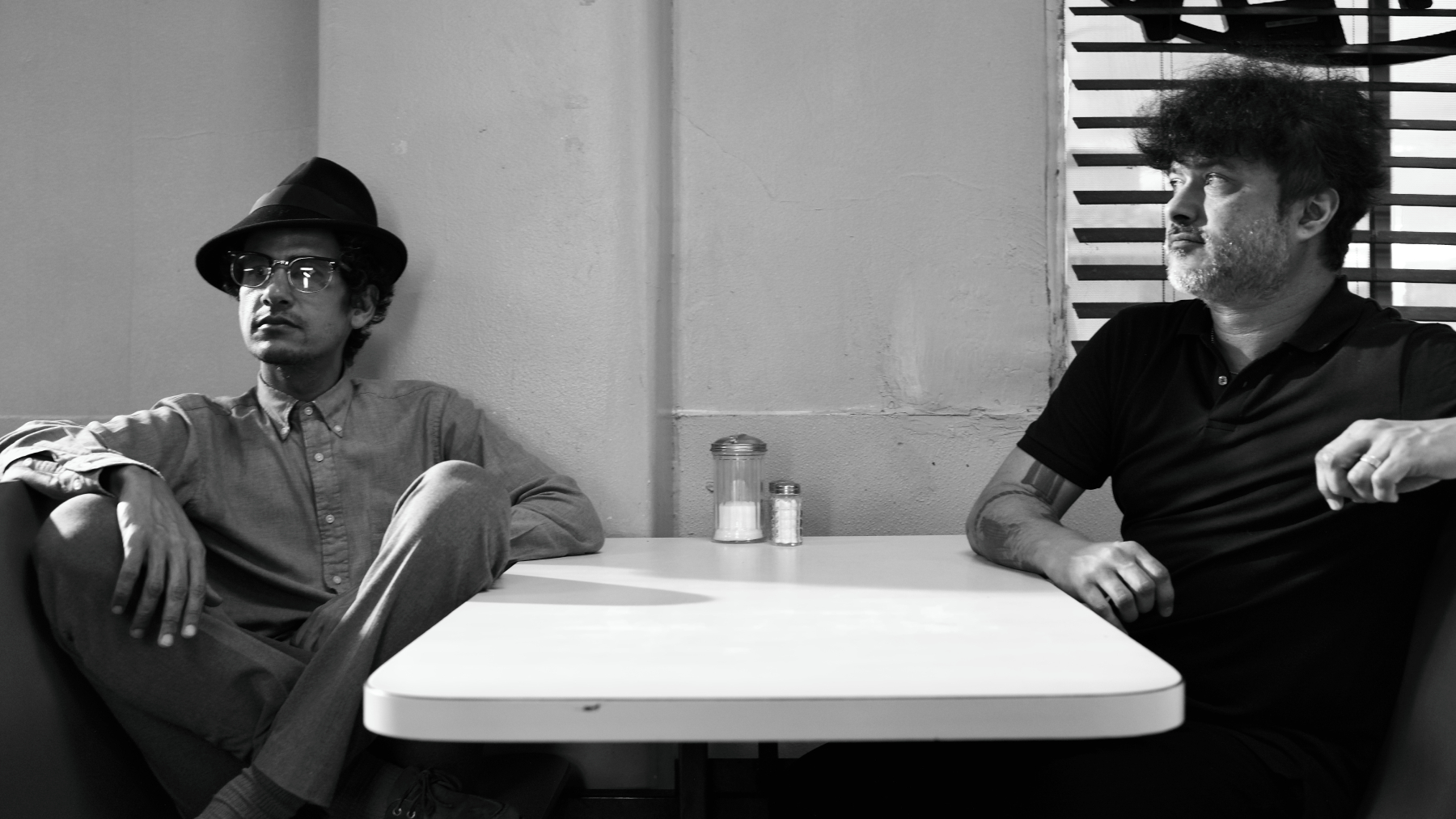 The Mars Volta are back with their first new song in nearly a decade, “Blacklight Shine,” which arrives alongside a complementary short film directed by Omar Rodríguez-López.

“Blacklight Shine,” a classic Mars Volta hit of psych rock carried by a rumbling groove, marks the Mars Volta’s first new music since the release of their 2012 album, Noctourniquet. In a statement, Mars Volta vocalist Cedric Bixler-Zavala described the lyrics to “Blacklight Shine” in aptly poetic terms, saying they aim to capture the idea of “a wave of rolling blackouts washing memories onto shore, a heartbeat that still remembers everything.”

The band previewed the arrival of “Blacklight Shine” with a public art installation dubbed, “L’Ytome Hodorxí Telesterion” — a giant cube that popped up in Los Angeles’ Grand Park and offered visitors an early listen of “Blacklight Shine” alongside an immersive visual journey. An online version is set to drop July 1.

The Mars Volta’s proper return comes a little over three years after Bixler-Zavala first hinted at a possible reunion for the revered El Paso outfit. Since then, the band has kept quiet about new material, but last year they did drop a career-spanning boxset, La Realidad de los Sueños, featuring all their studio albums and an array of previously unreleased material.