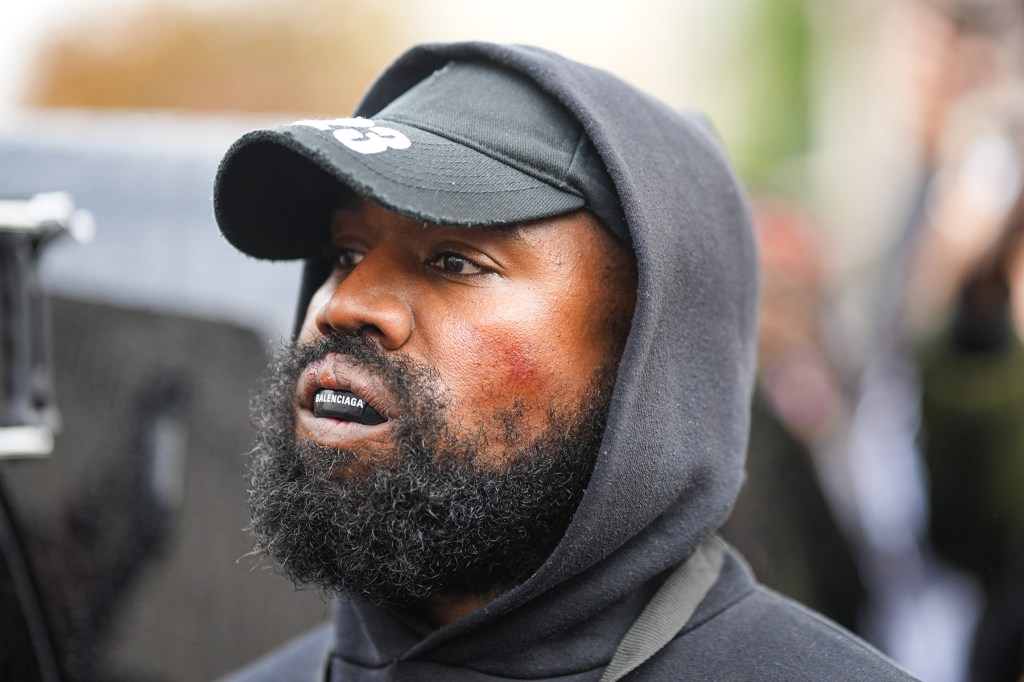 Kanye West is facing the repercussions of (and harsh critiques for) his most recent attention-seeking antics in fashion. After having models strut with “White Lives Matter” T-shirts during his YZY show in Paris Monday, leaders in the fashion world heavily criticized and slammed the provocateur for his ill-executed attempt at sending a message about race.

West, for his part, has doubled down on his Candace Owens-endorsed “fashion statement” and weaponized his social media to 1) say that “Black Lives Matter was a scam,” 2) attack Vogue editor Gabriella Karefa-Johnson, who described his White Lives Matter show as an “incredibly irresponsible and dangerous act,” and 3) blame the CEO of LVMH for the death of his alleged “best friend” Virgil Abloh.

In other words, he’s backed his nonsense-built YZY line with even more nonsense. The Vogue editor put it best: “The T-shirts this man conceived, produced, and shared with the world are pure violence,” Karefa-Johnson wrote. “There is no excuse, there is no art here.”

Earlier in the day, Karefa-Johnson had shared her thoughts on the show and explained that West “was trying to illustrate a dystopian world in the future when whiteness might become extinct,” but in reality, she said his show did something with a completely opposite effect: “It’s hugely irresponsible to furnish the most dangerous extremists with this kind of fictional narrative.”

Attacking the editor in four Instagram feed posts, West described Karefa-Johnson — who has more than 10 years of experience working in fashion journalism — as a “droid” and “not a fashion person,” claiming that his show had “broke the processor… When the computer can’t read the code.”

But Karefa-Johnson was far from the only person to find offense with West’s YZY line.

Among those to criticize his “White Lives Matter” shirts were Jaden Smith, who walked out of the show, and later tweeted, “I don’t care who it is, if I don’t feel the message, I’m out”; Dazed journalist Lynette Nylander also walked out of the show, writing “It doesn’t matter what the intention was … it’s perception to the masses out of context”; British Vogue editor Edward Enninful said the following day that the shirt was “insensitive, given the state of the world”; and Gigi Hadid, who deleted a comment on West’s Instagram, wrote, “If there’s actually a point to any of your shit, [Karefa-Johnson] might be the only person that could save u… You’re a bully and a joke.”

In true Ye fashion, West channeled his frustration after the backlash by having an Instagram tantrum.

West attempted to pull late fashion icon Virgil Abloh into his defense, insinuating that Bernard Arnault, the CEO of LVMH, had “killed my best friend,” and that “everyone’s got a right to an opinion [so] there’s mine.” (An LVMH representative told The New York Times that Arnault had “no comment.”)

And the Abloh mention is where Tremaine Emory, the creative director of Supreme, had to “draw the line,” calling out the rapper for his alleged disrespect for Abloh during his life and following his death.

“This time last year you said Virgil’s designs are a disgrace to the black community infont of all your employees at yeezy,” Emory wrote. “Don’t let me get into the things you said about v after his death.” In the post, Emory implied that West “didn’t get invited” to Abloh’s private funeral and that despite knowing he had terminal cancer, West “rode on him in group chats” and in interviews.

But of course, West is not done talking. A recent post on his IG reads: “When I said war, I meant war.”