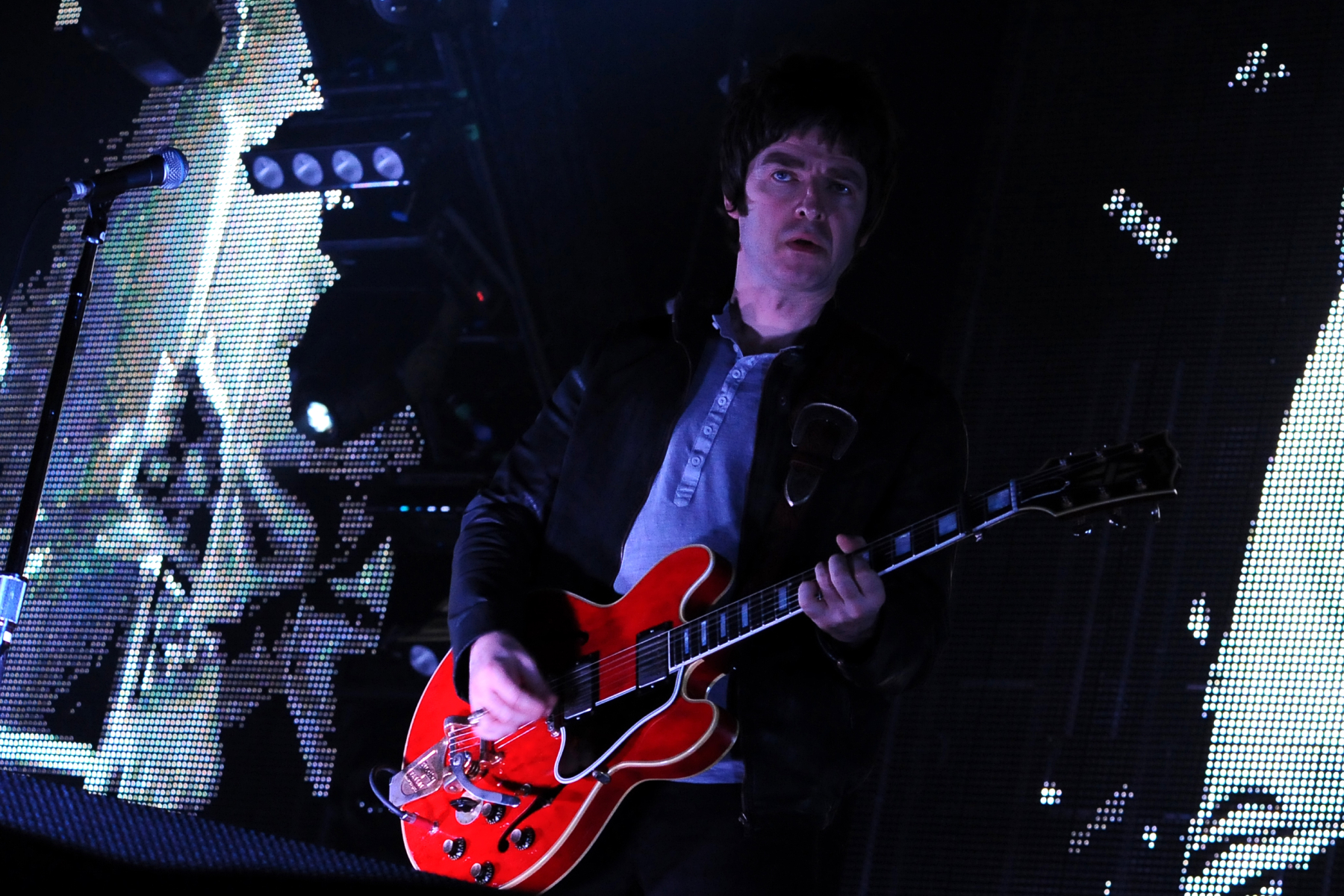 One of the most famous busted instruments in rock history — the guitar that was broken in the final blowout fight between Noel and Liam Gallagher before Oasis broke up — has sold at auction for €385,500, or about $405,000, The Guardian reports.

The red Gibson ES-355, which originally belonged to Noel, was broken during a backstage fight between the brothers before Oasis was set to play the Rock en Seine festival in Paris in Aug. 2009. As a result, the band’s manager was forced to tell the crowd that the show was off and later issued a statement telling everyone that Oasis “does not exist anymore.”

Though most famous for being broken, the Artpèges gallery (where the auction was held) noted that Noel had made good use of the guitar before its fateful destruction. He not only played it throughout the band’s Dig Out Your Soul tour, but both he and Gem Archer played it in the “Don’t Look Back in Anger” music video.

In 2011, Noel had the guitar restored and used it frequently with his next band, the High Flying Birds. The guitar was put up for auction with a certificate signed by Noel, as well as a note signed, “Peace, love and bananas” (Noel used that same sign-off in a 2004 letter to NME about Oasis’ future).

At a 2011 press conference, Noel offered more details about the row that led to the broken guitar and Oasis’ split. Though tensions between the Gallagher brothers had long been high, Noel said at the time he was frustrated by Liam’s foray into fashion and his brother’s alleged insistence that the band helps promote his new clothing line. Things got even more heated after Liam missed a festival gig, saying he had laryngitis, but Noel claimed he actually had a hangover (Liam briefly sued Noel over this statement, but the suit was ultimately dropped).

When Oasis reconvened in Paris for Rock en Seine, a yelling match ensued backstage, and at one point, Noel said, Liam “picked up a plum and threw it across the dressing room, and it smashed against the wall.” According to Noel, Liam then left the dressing room, came back with a guitar, and “started wielding it like an axe… And I’m making light of it because it’s kind of what I do, but it was a real unnecessary violent act, and he’s swinging this guitar around, he nearly took my face off with it. And it ended up on the floor, and I put it out of its misery.”

At that moment, Noel said, he decided he was done with the band — just as someone came backstage and told Oasis it was five minutes until showtime.