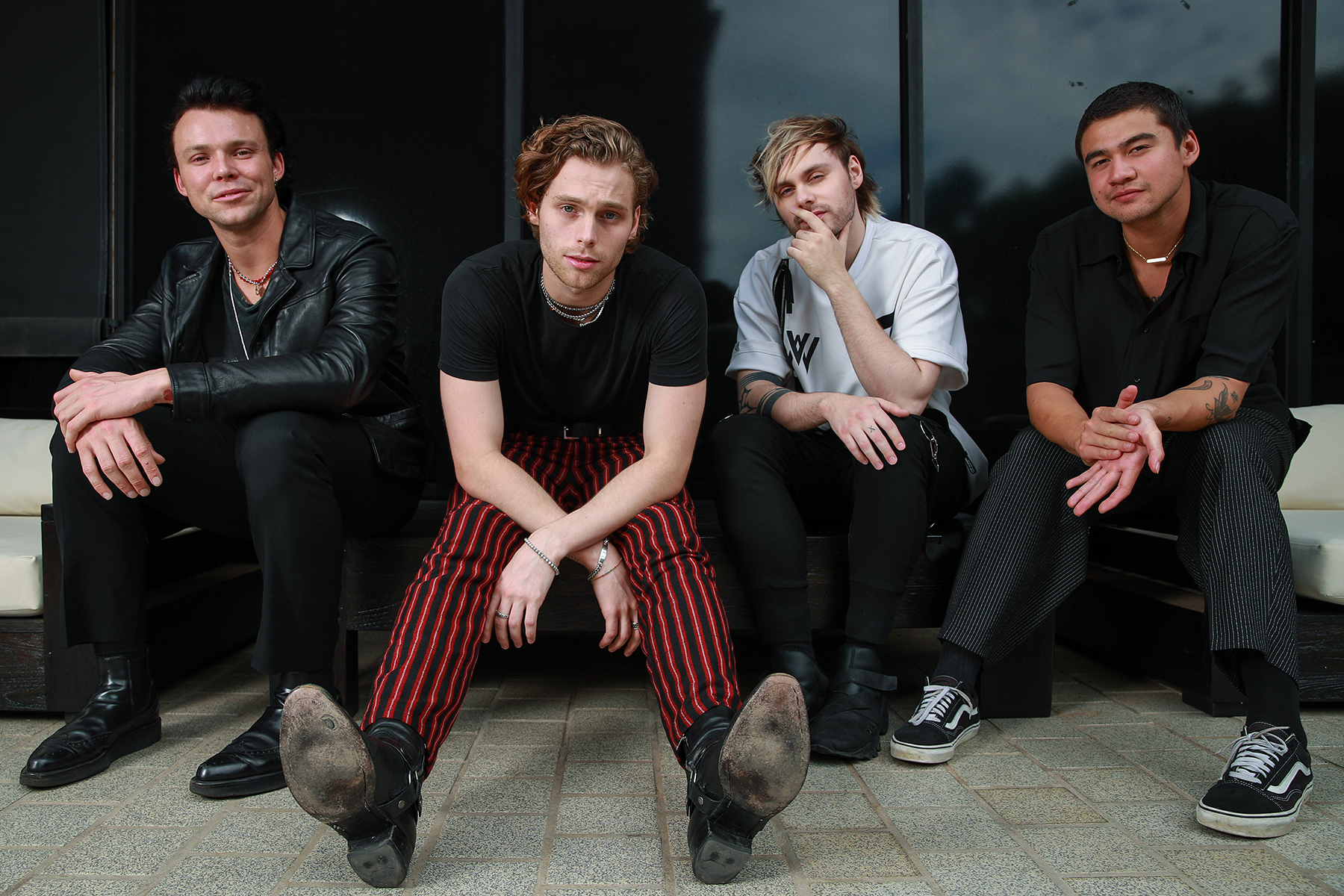 5 Seconds of Summer is feeling more than five seconds of emotional damage on their new song “Blender” — but at least they’re processing it in a fun, upbeat way. On Wednesday, the group — comprising Luke Hemmings, Michael Clifford, Ashton Irwin, and Calum Hood — released their poppy new single.

“All the things you said in my head/Ricochetting off the bed/Nothing left, what a mess/Oh, my God, it never ends,” sings Hemmings in the chorus. “Now we’re stressed and depressed/And we’re going ’round again/In an еmotional blender.”

“Blender” is the latest single ahead of the Sept. 23 release of 5SOS‘ fifth LP, aptly named 5SOS5. They released “Me, Myself, and I,” “Complete Mess,” and “Take My Hand” earlier this year. The band is also currently wrapping their summer tour with stops through the end of July.

The new single comes several weeks after 5SOS had to cut their show in Houston short after Irwin suffered stroke-like symptoms on stage.

“Upon experiencing physical symptoms, Ashton was taken to a local hospital for tests and medical review,” 5SOS wrote. “As a result, it was advised [that] Ashton had experienced extreme heat exhaustion. Thankfully and most importantly, he is feeling ok and recovering very well.”

On Twitter, Irwin offered a few more details about what happened, saying he was struck by “an intense migraine brought on by exhaustion and overheating onstage, which made me loose [sic] my vision and gave me symptoms of stroke in the left side of my body.”

He added, “It’s always amazing to play a massive energetic show in every environment thrown at us. Unfortunately this time my body gave out due to heat exhaustion. I was in tears in the ambulance, because I feel I’ve let many people down. I’m looking after myself and getting rest now. I feel so loved and looked after by my brothers and team and all of you. this is the price a dehydrated drummer pays when he takes on Texas heat.”