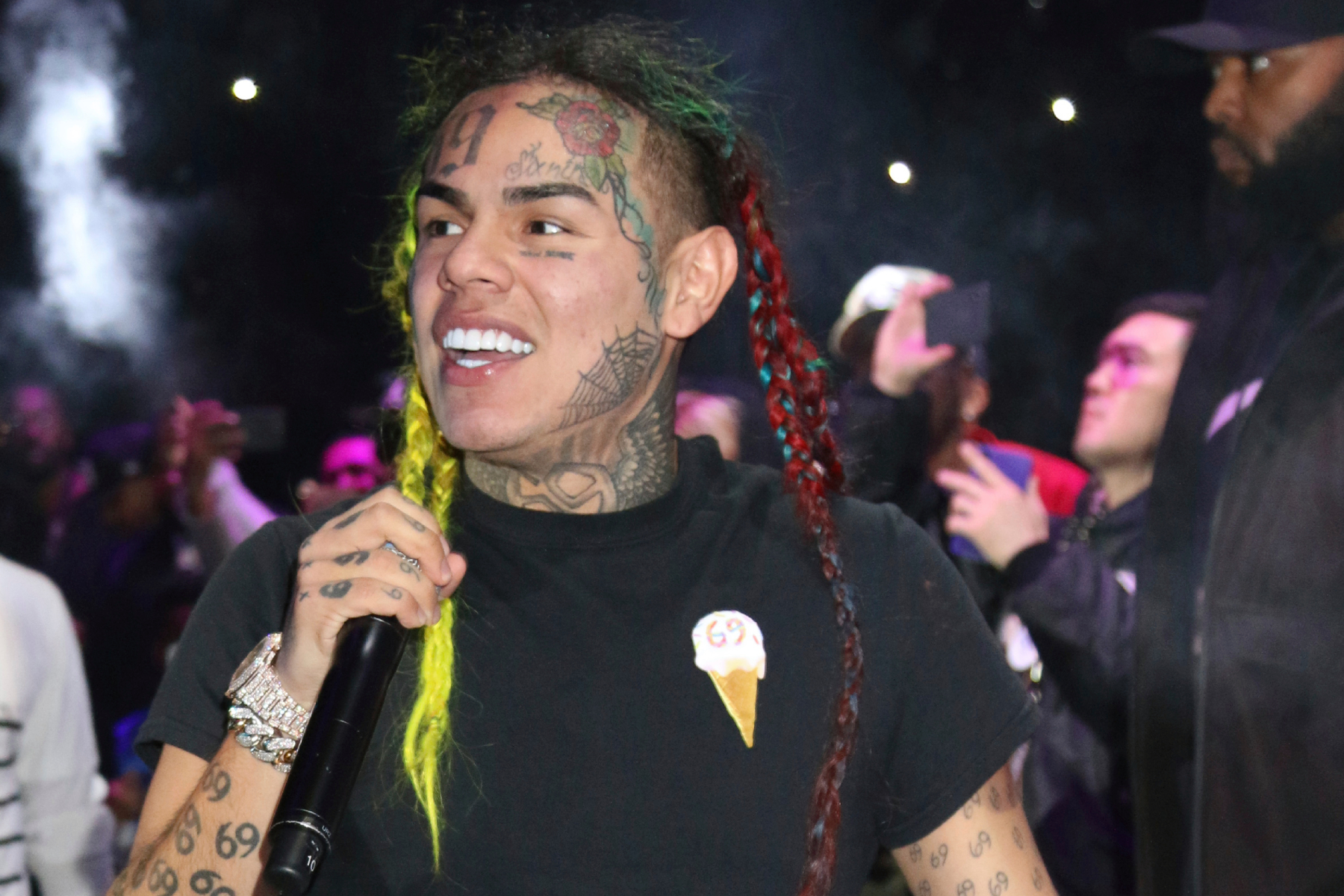 Tekashi 6ix9ine did his best to assure everyone that he is well and truly broke, insisting to TMZ that he was playing with prop money in a recent Instagram post shared weeks after he claimed a lawsuit brought by two robbery victims could bankrupt him.

Over the weekend, 6ix9ine shared a video in which he strolled out of a garage with what a massive stack of cash and boasted, “This is really my lifestyle,” as he showed off an array of jewelry and watches. He then proceeded to open the trunk of one of several sports cars parked in a garage and began throwing out even more cash.

On Monday, April 18, 6ix9ine appeared on TMZ Live and his grin swiftly sank when Harvey Levin brought up the $1 million in restitution he owes and his recent claim that he would have to file for bankruptcy if ordered to pay it. “I ain’t got it right now,” 6ix9ine replied. “I ain’t got it. And that was prop money. I ain’t got it.”

The $1 million in restitution is tied to a lawsuit filed by Seketha Wonzer and Kevin Dozier, who sued 6ix9ine over his involvement in a robbery carried out against them by members of the Nine Trey Gangsta Bloods in 2018. Tekashi ultimately pleaded guilty to the robbery and other federal racketeering charges as part of a prosecution deal that also saw him testifying in the trial of two purported members of the Nine Trey Gangsta Bloods (both men were convicted).

Along with claims from Tekashi 6ix9ine’s lawyers that the $1 million in restitution — on top of other damages being sought by Wonzer and Dozier — would bankrupt him, the rapper himself submitted a sworn declaration to the court detailing his alleged money problems. “If the Court awards the compensatory damages and punitive damages sought by Plaintiffs at this inquest, it will surely bankrupt me in a way from which I will never recover to the permanent detriment and hardship of the family members who rely upon me,” the declaration read.

A lawyer for Wonzer and Dozier did not immediately return Rolling Stone’s request for comment.