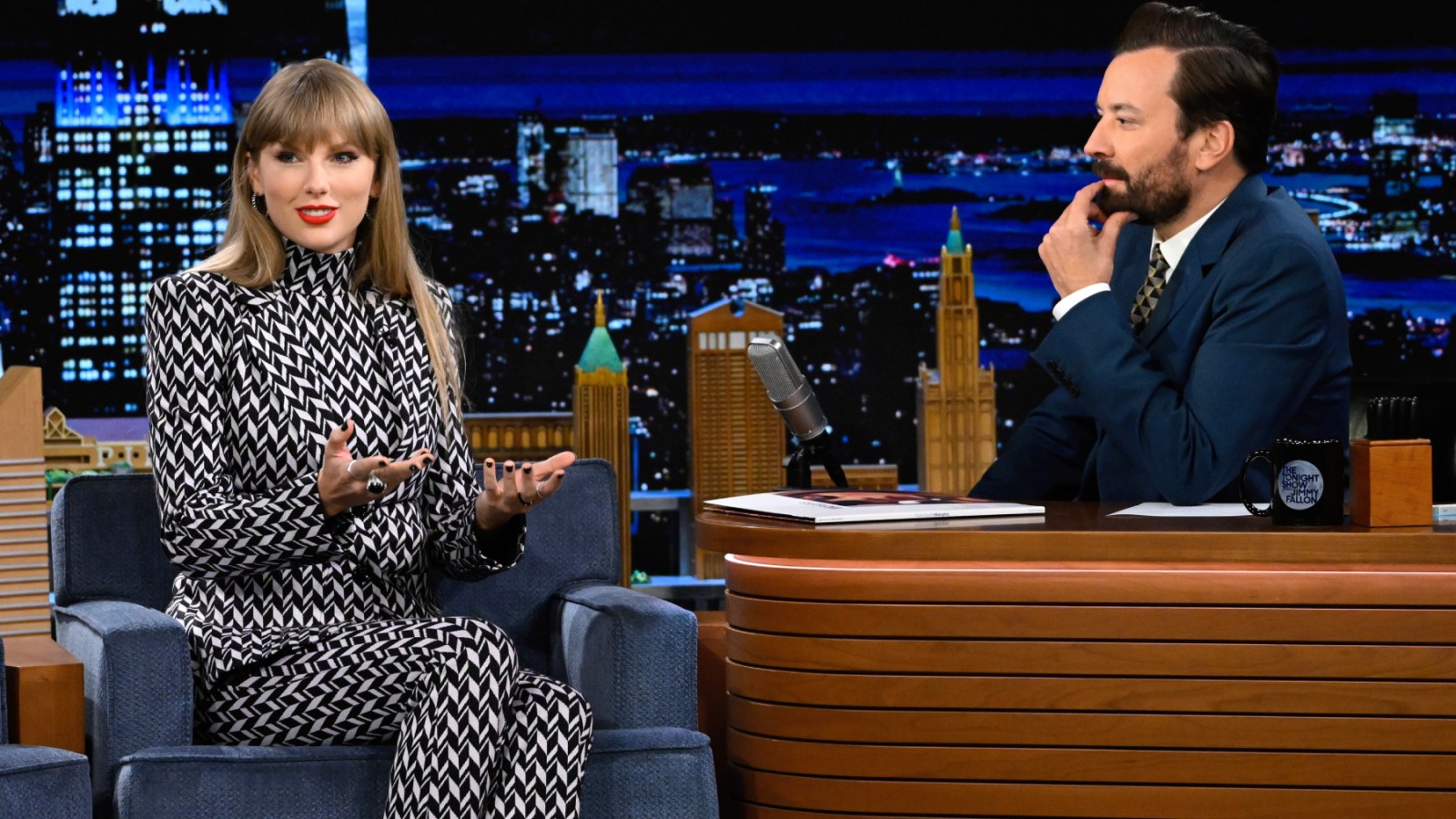 “I think I should do it. When it’s time, we’ll do it. I miss it,” singer says of hitting the road in the future

Taylor Swift sat down with Jimmy Fallon on the The Tonight Show to talk about everything from her honorary degree from NYU to her new music video, “Bejeweled.” The interview came just three days after the anticipated release of her new album Midnights, which broke Spotify records by becoming the most-streamed project in a single day in the service’s history.

She told Fallon she has “a psychotic amount” of Easter eggs that she kept track of in a PDF file, something fans no doubt appreciated.

“I’m beside myself,” said Swift. “I’m feeling very overwhelmed by the fans love for the record. I’m 32 so we’re considered geriatric pop stars. So I’m just happy to be here.”

For her 10th studio album, Swift worked with longtime collaborator Jack Antonoff, and she also worked with Lana Del Rey — who provides vocals on “Snow on the Beach.” The record-breaking Midnights artist also teamed up with Spotify to slowly release lyrics from the LP on massive billboards across the world, including Nashville, New York City, São Paulo, and London. Upon the release of her album, the platform briefly crashed as fans overwhelmed the app to listen to the new Midnights tracks.

Swift also hinted at a tour to follow-up the success of Midnights, telling Fallon, “I think I should do it. When it’s time, we’ll do it. I miss it.”