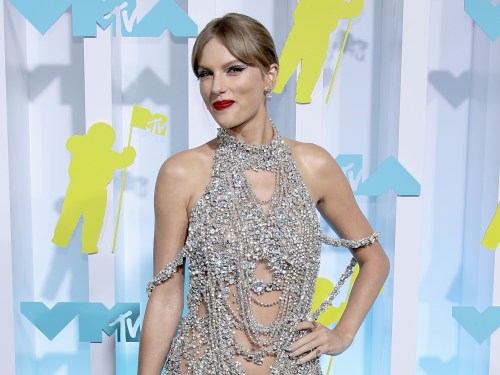 Ever the romantic, Taylor Swift was struck with inspiration for the Midnights opening track “Lavender Haze” while watching Mad Men. Curious about the origin of the phrase, the singer traced it back to the 1950s and realized that it was rooted in a notion that echoes the approach she’s taken in her relationship with actor Joe Alwyn over the past six years.

“I happened upon the phrase ‘lavender haze’ when I was watching Mad Men,” Swift explained in a recent Instagram video after announcing the track title. “And I looked it up because I thought it sounded cool, and it turns out that it’s a common phrase used in the ’50s where they would just describe being in love. Like, if you were in the lavender haze, then that meant that you were in that all-encompassing love glow – and I thought that was really beautiful.”

She continued: “And I guess, theoretically, when you’re in the ‘Lavender Haze,’ you’ll do anything to stay there and not let people bring you down off of that cloud. And I think a lot of people have to deal with this now – not just, like, quote-unquote public figures – because we live in the era of social media and if the world finds out that you’re in love with somebody, they’re gonna weigh in on it.”

Swift has navigated curious inquiries into her romantic relationships throughout the entirety of her career, each lyric on every album being dissected and examined for any insight into what goes on behind closed doors. Her longtime romance with Alwyn has been no different, but she’s kept a hold on their lavender haze.

“My relationship for six years, we’ve had to dodge weird rumors, tabloid stuff, and we just ignore it,” Swift explained of her trick to prolonging the honeymoon phase-like period. “And so this song is sort of about the act of ignoring that stuff to protect the real stuff. I hope you guys like it.”

Along with “Lavender Haze,” Swift also revealed the remaining songs that make up the Midnights tracklist during her series “Midnights Mayhem With Me.” In addition to the Lana Del Rey collaboration “Snow on the Beach” and the slate of songs revealed over the last few episodes of the series, the album rounds out with tracks titled “Labyrinth,” “Sweet Nothing,” and “You’re On Your Own, Kid.”