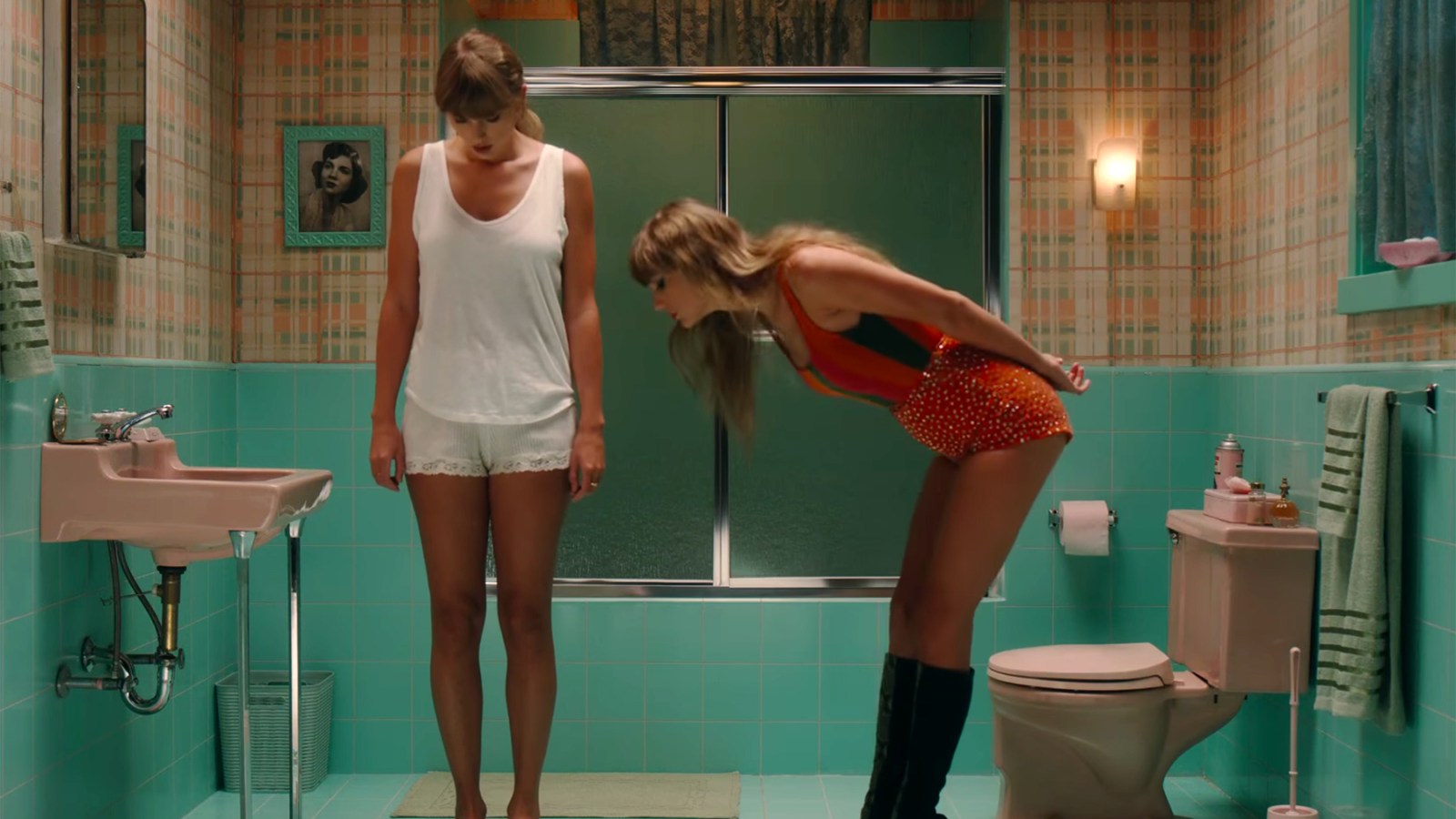 Taylor Swift had to water down her artistic expression and how she chose to portray her lived experience with disordered eating because people found the use of the word “FAT” in her “Anti-Hero” video offensive.

During one scene of her “Anti-Hero” visual, Swift originally looked down at a scale, and instead of her weight appearing, the word “fat” showed up in all caps. Some people found the imagery problematic and called the scene fatphobic because it “reinforces the idea of being ‘fat’ as bad,” according to an op-ed from The Cut. Now, the close-up of the scale has been cut entirely from Apple Music and YouTube.

But the visual was simply a representation of Swift’s struggle with disordered eating. If fans can decipher the most minuscule of easter eggs in Swift’s videos, they too can understand that Swift expressing that she felt “FAT” might actually represent her real-life, personal body image issues when looking at the scale, given the context of what she’s shared in the past.

Simply put: It’s not that she thinks being fat is a bad thing, but that she was made to believe that it was.

Ahead of her Miss Americana documentary in 2020 — where she spoke about stylists and editors praising her body when she was thinner — Swift described her relationship with food as “unhealthy.”

“I thought that I was supposed to feel like I was going to pass out at the end of a show, or in the middle of it,” she told Variety, adding that she’d lie to people that “of course, I eat. I exercise a lot… but I wasn’t eating.”

Miss Americana showcased how she learned to embrace her body at any weight and mend her relationship with food: “If you’re thin enough, then you don’t have that ass that everybody wants. But if you have enough weight on you to have an ass, your stomach isn’t flat enough. It’s all just fucking impossible,” she said.

Swift’s lived experience aligns with many people who live with body image issues. According to the National Organization for Women, 78 percent of 17-year-old girls describe being “unhappy with their body,” and more than 20 million women suffer from a clinically significant eating disorder throughout their lives.

Swift’s removal of the scene also brings up a conversation about the dystopic feeling that arises when artists water down their expression due to online complaints. In August, both Lizzo and Beyoncé removed lyrics from their songs after activists described the words as ableists.

As Rolling Stone‘s Jeff Ihaza put it, “It’s hopeful to see artists willingly make changes to their songs as a shift towards a more empathic way of handling controversy, where people who are unfairly treated can speak up and affect change. But an eerie possibility looms over the way major releases feel, in general, less permanent.”