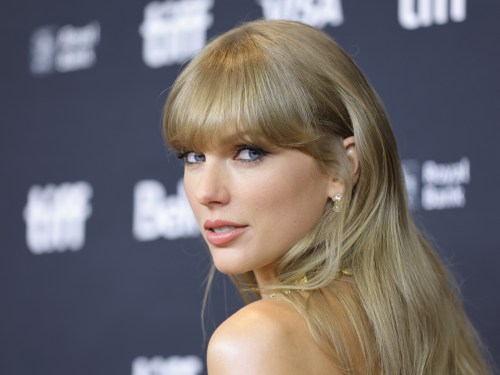 The singer posted a clip on Instagram at midnight on Tuesday, where she gushed about her collaborator: “I am such a massive fan,” she said. Of the song, Swift shared that it’s “about falling in love with someone at the same time as they’re falling in love with you, sort of in this sort of cataclysmic, fated moment where you realize someone feels exactly the same way that you feel.” She equated it to wondering, “’Wait, is this real? Is this a dream?’… Kind of like it would be if you were to see snow falling on a beach.”

This is the third Midnights track that she has given the behind-the-song treatment to thus far, following “Lavender Haze” and “Anti-Hero.”

She previously explained that “Lavender Haze” was named after a phrase she first heard on Mad Men. “It turns out that it’s a common phrase used in the Fifties where they would just describe being in love,” she said in a video she shared on Instagram. She also explained that “Anti-Hero” was among her favorites because of its honesty. “I really don’t think I’ve delved this far into my insecurities in this detail before,” she said in an Instagram video.

In the lead-up to her new LP’s arrival, the musician shared “Midnights Mayhem With Me” episodes on TikTok, where she had been revealing a single song title at a time. She had unveiled eight of the 13 track titles up until last Thursday into Friday, when she dropped the names of the five remaining songs.

Beyond unfurling Midnights‘ track list, Swift has shared that the artwork on the four colored vinyl pressings of Midnights combine to assemble a clock and teased the return of frequent collaborator Jack Antonoff in a video captioned “The making of Midnights.”