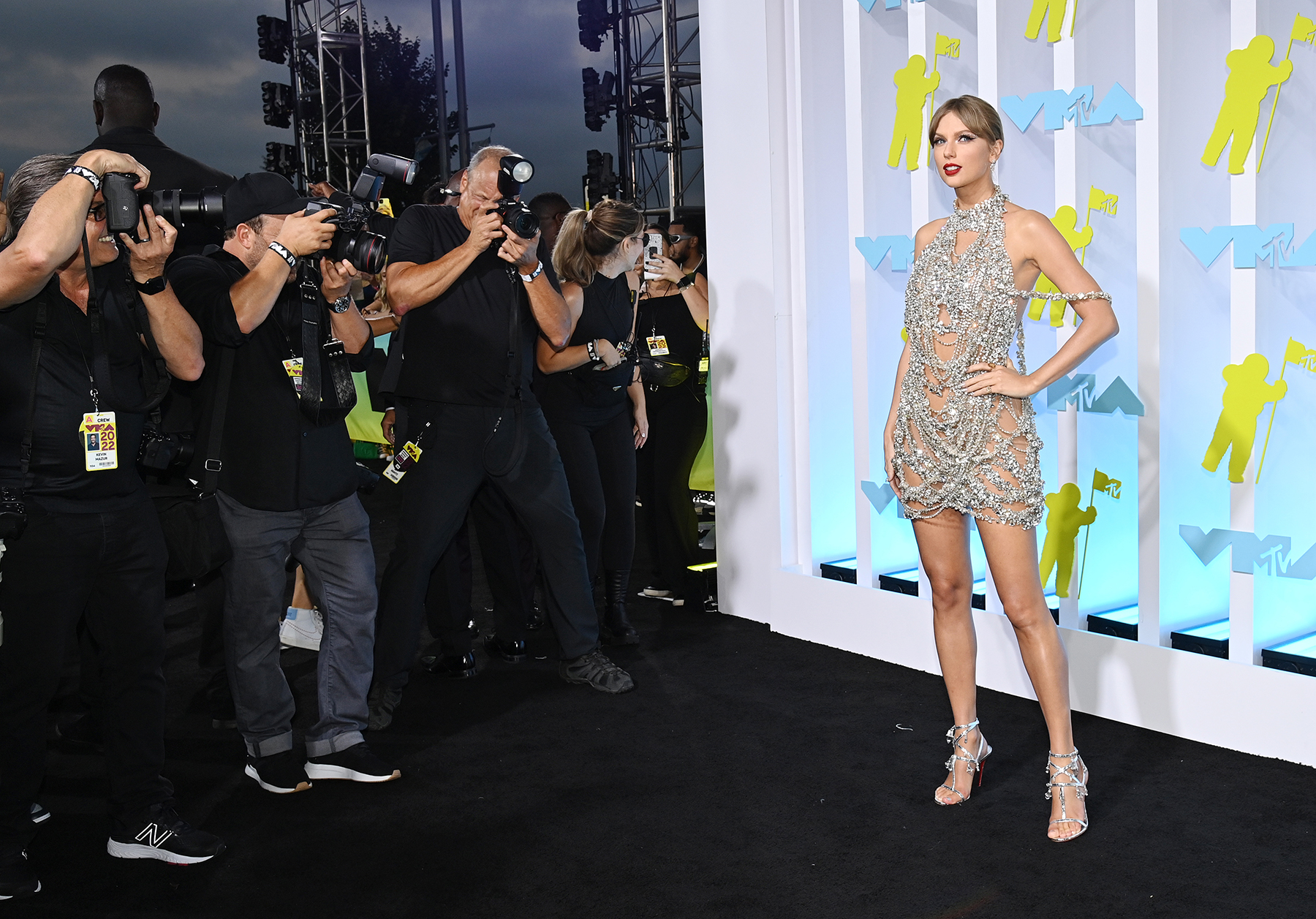 Even before Blackpink threw it down on the MTV Video Music Awards stage, the girl group was serving designer drama on the VMAs black carpet. Making their U.S. award show debut, Jennie, Jisoo, Lisa and Rosé served up a dose of high fashion on the carpet, choosing sophistication over provocation in ensembles from Chanel, Dior, Celine and Saint-Laurent (each of the girls works with their respective fashion houses as a global ambassador).

Blackpink was among the early arrivals to the Prudential Center in New Jersey, where this year’s VMAs were held. Lizzo hit the carpet first, sashaying down the step-and-repeat in a voluminous black gown from Jean Paul Gaultier (with black lipstick to match, natch).

The singer was quick to call out her own look on the carpet, joking about the liberal use of fabric for the gown (which is an actual dress you can buy from Gaultier).

The dark color palette seen on this year’s VMAs carpet was a marked departure from the more colorful looks of VMAs past. Other stars sporting the black-on-black look included Sofia Carson, Bebe Rexha, Kane Brown, Doechii, Billy Eichner and Lil Nas X (though to be fair, the rapper paired a black feathered skirt with matching black headpiece).

Even Jack Harlow showed off a more muted look on the carpet, dressed head-to-toe in a chocolate brown suit with matching sunglasses, all from Hermes (the rapper wore a similar suit on the Met Gala red carpet earlier this year).

Fortunately, there was J Balvin in the complete opposite (an all-white Louis Vuitton suit) and Taylor Swift, who made a surprise red carpet appearance and dazzled in an Oscar de la Renta chainmail dress and sparkly shoes to match. The singer was joined on the carpet by Rina Yang, the cinematographer behind Swift’s “All Too Well: The Short Film,” which took home the moonman for Video of the Year.

The Rolling Stone team was on the VMAs carpet as well, chatting with the stars as they made their way into the ceremony. Sabrina Carpenter (wearing a floral-encrusted Moschino dress) dished on her new album, Emails I Can’t Send, and teased details about her upcoming tour, which kicks off next month.

Never one to follow trends, Latto bucked the black-on-black look for a bright neon green number, pairing her cut-out minidress with matching green pumps. Though she’s coming off a huge hit with Mariah Carey (“Big Energy,” which was nominated for Song of the Summer), the rapper revealed her special connection to Gucci Mane, telling our Delisa Shannon why “Muwop” was a “cornerstone collaboration” in her career.

Plenty of other big stars spoke to Rolling Stone on the carpet, including J Balvin, Chloe, Omar Apollo and Doechii. You can watch all of our VMA red carpet videos on YouTube here.

Missed the VMAs? You can watch the entire show on-demand over at Paramount+. A Paramount+ subscription normally costs $4.99/month but you can use the site’s 7-day free trial offer here to stream and rewatch the 2022 VMAs online for free.