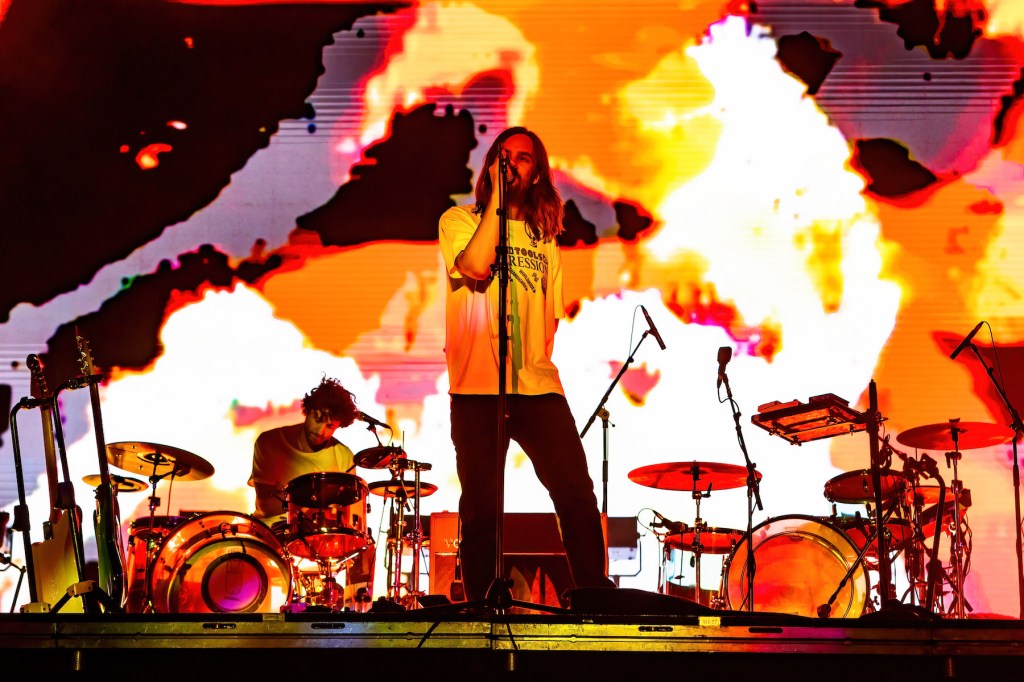 Kevin Parker discovered a new sense of purpose during the recording process for Lonerism, his sophomore album as Tame Impala. The psychedelic rock musician took to social media this week to celebrate the album’s 10th anniversary and reveal some little-known facts about how the record was created.

“Lonerism is 10 years old today. Difficult to sum up what the album means to me at this point,” Parker wrote. “It was a pretty special time for me making the music. In a way it’s when I truly discovered myself as an artist.” The musician had shared Tame Impala’s first album two years prior, but holed up mostly alone in his Paris apartment, Lonerism emerged through a newfound sense of freedom.

“Coming off the back of Innerspeaker I had this new sense of purpose…calling… whatever you want to call it,” he added. “I had finally given myself permission to let music take over my being completely… to become totally immersed in my own world of recording music. So I had this new sense of creative freedom.” The record yielded hits in “Elephant” and “Feels Like We Only Go Backwards.”

Parker added: “I felt free to be ambitious, weird, pop, experimental, whatever, and didn’t feel judged because I was finally just doing it for myself and believed in myself. For the most part anyway… of course the day came to release it and it all came crashing down and I thought the album sucked and couldn’t even imagine people enjoying it. As it turns out I was wrong… the album dropped and exceeded all my expectations and my life changed massively again, and I slowly realised the music was pretty good, again, which gave me a new sense of purpose, and the cycle starts again.”

The Australian musician shared a few photos taken during his isolated recording process, showing him surrounded by instruments with little desire to be in front of the camera. “There’s really not much footage or photos of me recording Lonerism,” Parker wrote. “Wasn’t exactly dying to get in front of a camera back then. My friend and photographer Sav came round a couple of times to take some photos and film me messing around in the studio, and that’s basically all there is.”

But for all of his breakthroughs while making Lonerism, he would be celebrating the release of an album with a completely different name had he not taken a moment to switch the title to one that fit the creative body of work he had produced.

“Lonerism was actually called Loner Pop all up until after it had been mastered and sent off for production,” Parker revealed. “I was sitting in the courtyard outside my apartment in Paris having finished the album a few days before, which is always a pretty spaced out feeling, kind of like… ‘what do I do now??’. I was happy it was done but not completely satisfied as I didn’t think I got the title quite right.”

Lonerism popped into his head as the most obvious choice, and he started making phone calls to set it in stone before it was too late. “I immediately called Glen my A&R and begged him to stop the press and have it changed,” he explained. “The CDs must have already gone into production because all the first pressings say Loner Pop when you put them in a CD player.”