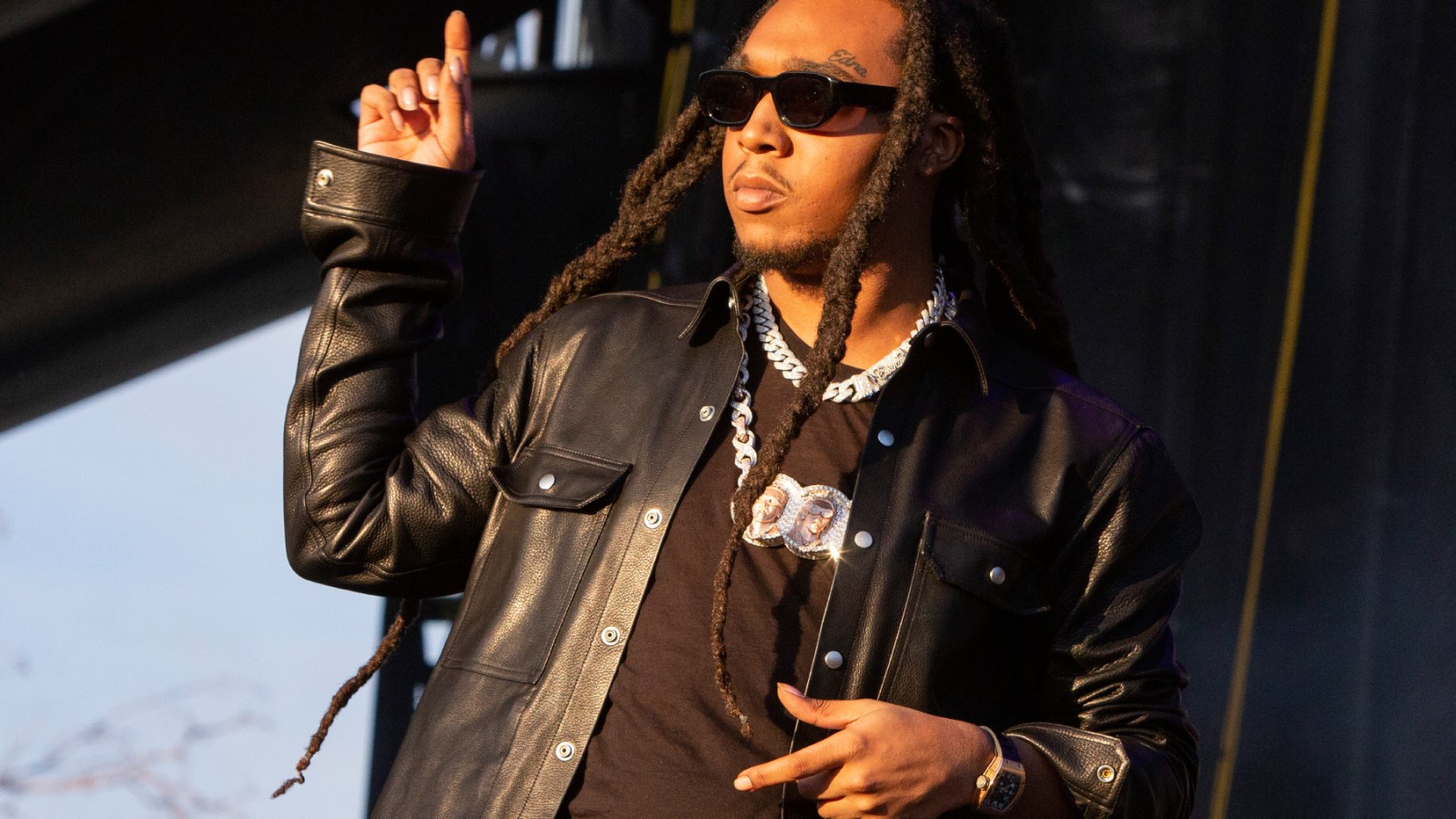 Houston police are still searching for a suspect in the shooting death of Migos rapper Takeoff — real name Kirsnik Khari Ball — who was killed this morning, Nov. 1.

At a press conference Tuesday afternoon, Sgt. Michael Arrington cleared up a few of the details that emerged in the immediate aftermath of the shooting. However, he did not name a suspect, nor did he suggest the police had any hard leads.

According to Arrington, the Houston PD received a call of a shooting at about 2:34 a.m. at 810 Billiards and Bowling, which is located near downtown Houston. Officers who arrived on the scene took statements from employees, who said the shooting took place after a private party at the venue had ended.

“A large group of people had gathered at the front door area just outside the building, and it led to an argument where the shooting took place from the disagreement,” Arrington said. “A lot of people that were there, fled the scene and did not stick around to give a statement.”

Arrington stressed that police are looking for “any information at this time.” They encouraged witnesses to both contact the police and share any video or photos from the scene. “We need all of y’all to send those to us so we can solve this case,” Arrington said. “We’re looking for anything to help us from there.”

Arrington also offered an update on the two other people who were shot but sustained non-lethal injuries. Both individuals — a 23-year-old male and a 24-year-old female — took themselves to local hospitals. Both will make a full recovery and have spoken to the police.

Houston Police chief Troy Finner took some questions at the press conference as well. When asked if police had any reason to suspect Ball was involved in the altercation, he said, “I would not expect him to be involved… We have no reason to believe he was involved in anything criminal at the time.”

Finner also said there were at least two firearms involved in the shooting. When asked to address whether Ball was the intended target, or rumors that the shooting was a “friendly fire” incident, Finner said he did not want to speculate.

According to an earlier report from police, the private event, attended by about 40 people, ended around 1 a.m., though the party continued for another hour until it was cleared out. Local news outlet KHOU noted that security guards were in the area when the shooting started but did not see who pulled the trigger.

When police arrived at the scene, they reportedly found “multiple shell casings” and a victim shot in the head or neck. According to The Associated Press, Ball’s body was not loaded into a medical examiner’s van until around 10 a.m. local time.

The Houston PD spokesperson told reporters, “I can tell you there are rappers at the party. I don’t know if they are involved in the shooting, but like I said it’s still the early process of the investigation.” The spokesperson did not identify the victim, but when asked if members of Migos were in attendance, said, “Yes, we were informed that they were here.”