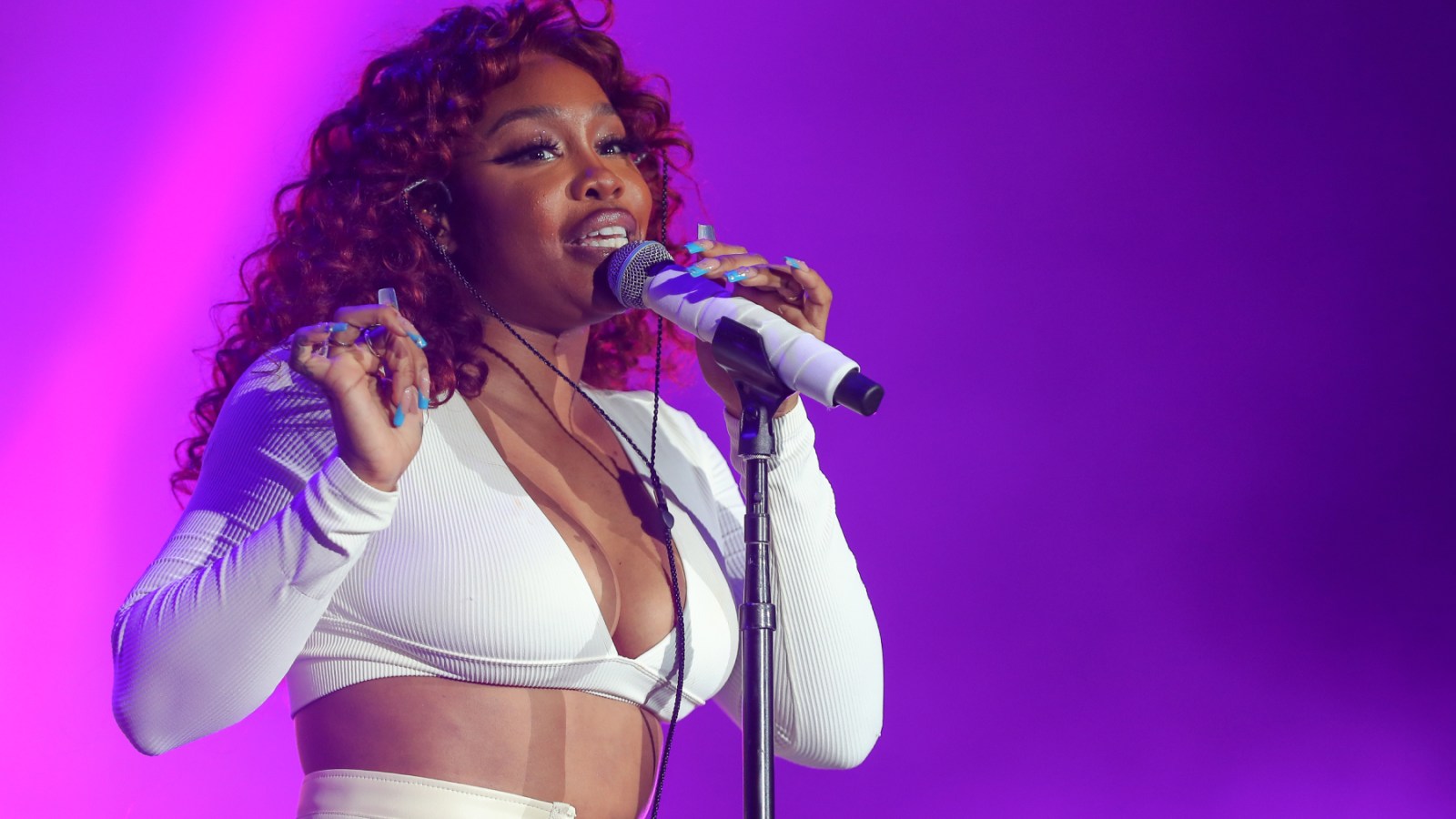 Two years after SZA first teased her song “Shirt,” the song is finally out. On Friday, SZA released the track — teased originally as “Bloodstain/Shirt.”

“Bloodstain on my shirt/New bitch on my nerves/Old n—a got curved/Going back on my word/Damn, bitch, you like thirty,” SZA sings in the chorus. “Stealing all of my worth/Still question my affection/Let you all in my mental/Got me lookin’ so desperate.”

In the new music video, directed by Dave Meyers, SZA stars with actor and musician LaKeith Lee Stanfield. The pair are seen cycling through different lifetimes together, from pizza shop heists to going undercover as nuns. As each both SZA and Stanfield eventually meet their fatal ends, each lover is shown haunting the other. In the final scene before the credits roll, SZA solo-rides a tugboat into a rainbow.

The teeny snippet of the track that SZA originally teased on Instagram back in 2020 became a viral sensation on TikTok, with fans dancing along to it. She also teased the unreleased song in the outro of her “Good Days” music video, where she’s seen pole dancing to the song. And last summer, during her 360-degree In Bloom performance for Grey Goose, SZA performed a minute-long snippet of the track.

Back in June 2021, SZA spoke to People about the track and how it “wasn’t going to be included on the album” but has since become its centerpiece.

“It’s always interesting to see what people gravitate toward and what they don’t,” she said. “And I think that teaches a lot about the human psyche and our culture at the same time. It’s always a surprise for me, always on both ends, whether something is positively received or negatively received.”

“Sometimes what I like doesn’t line up with other people, and that is tricky, always tricky,” she added. “You never know what people want to see. It’s just a matter of how much you psych yourself up and do what you want to do no matter what anyone else wants to see. It takes a lot of willpower and energy.”

Over the summer, SZA released a deluxe edition of her 2017 LP Ctrl, after releasing “I Hate U” in late 2021. This year, she joined Future on DJ Khaled’s song “Beautiful” and sings with Doechii on a remix of the rapper’s track “Persuasive.”