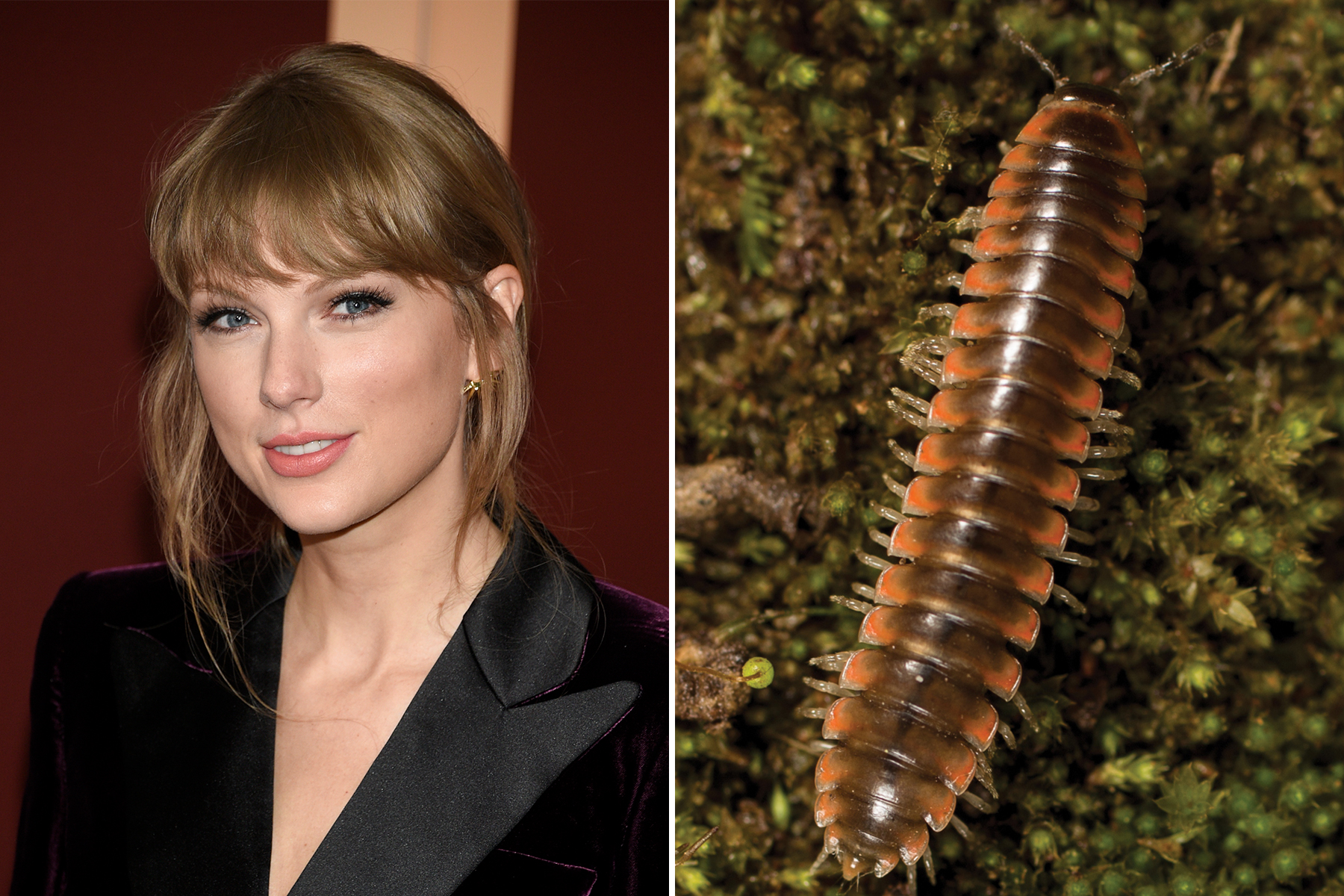 Taylor Swift can add a new honor to her overflowing cabinet of accolades: A new species of millipede from the Appalachian Mountains has been named after her, according to Phys.org.

The Nannaria swiftae — or vernacularly, the Swift Twisted-Claw Millipede — is one of 16 new species named by Virginia Tech scientists Derek Hennen, Jackson Means, and Paul Marek in a new paper published via ZooKeys. Hennen, the study’s lead author, is the avowed Swiftie who selected the name, noting on Twitter that he chose it for that specific millepede species because, so far, it’s only been found in Tennessee.

This new millipede species is Nannaria swiftae: I named it after @taylorswift13! I’m a big fan of her music, so I wanted to show my appreciation by naming this new species from Tennessee after her. A high honor! pic.twitter.com/fXml3xX5Vs

“Her music helped me get through the highs and lows of graduate school, so naming a new millipede species after her is my way of saying thanks,” Hennen said.

A rep for Swift did not immediately return Rolling Stone’s request for comment.

The Nannaria swiftae and the 16 other millipedes identified in the ZooKeys paper were described after a lengthy, five-year search, Hennen noted. Though millipedes play an important role in decomposition, they’re often hard to find and identify because they live in the soil and don’t often pop up above the surface. Along with naming one of the species after Swift, Hennen — good husband that he is — also named one of the other new millipedes discovered, Nannaria marianae, after his wife.