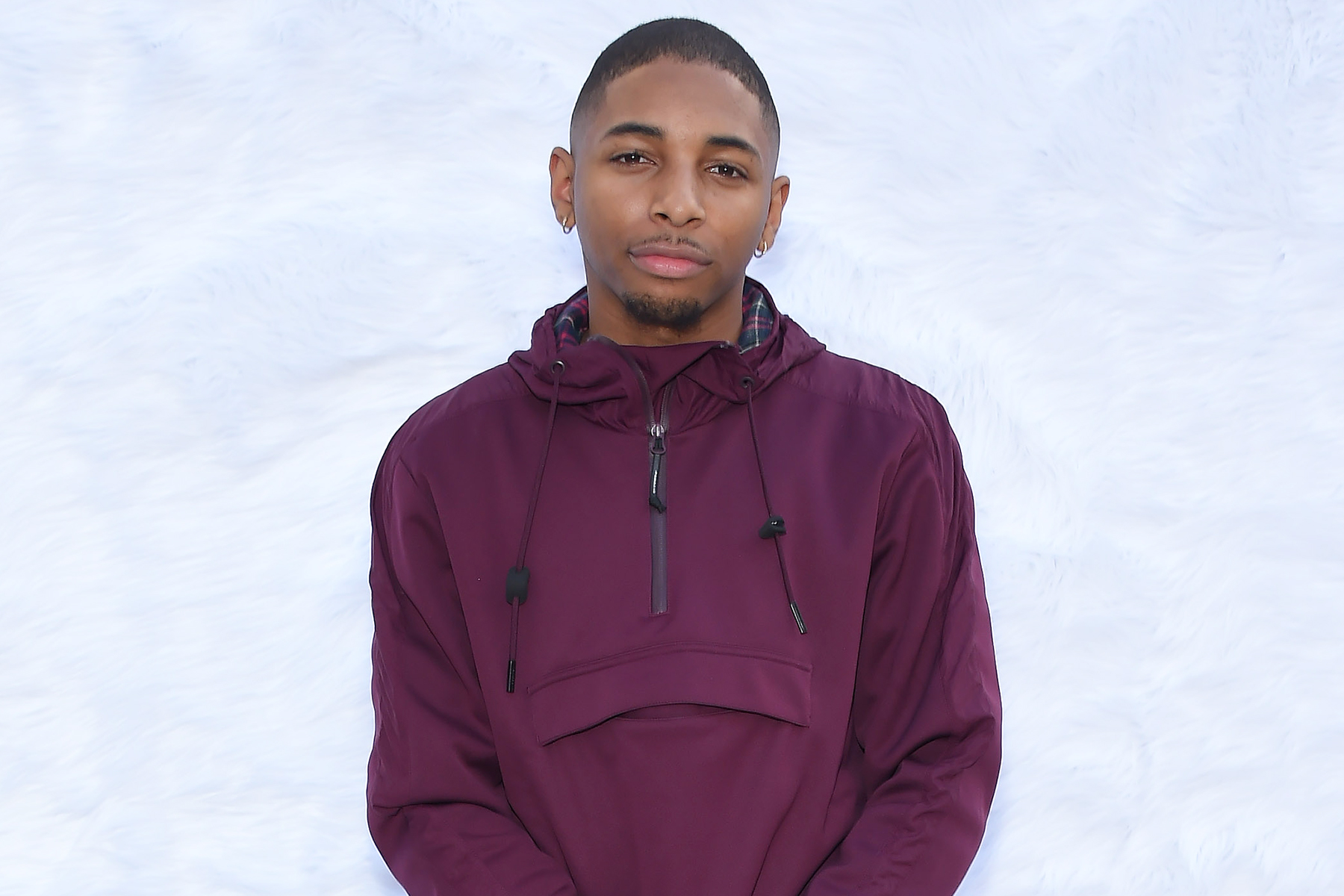 Superfly actor and rapper Kaalan Walker was a “digital age” serial rapist who used the “little blue checkmark” on his social media accounts to hunt for aspiring models and musicians online and disarm their defenses in a series of attacks dating back to 2013, prosecutors told jurors in a Los Angeles courtroom Tuesday.

Walker, 26, is out on bond in the case and sat quietly at the defense table Tuesday after pleading not guilty to six counts of forcible rape — two of those related to minors — two counts of rape by an intoxicating substance, unlawful intercourse with a minor, sexual penetration by force, and other felonies related to 11 alleged victims.

The actor who also appeared in the 2017 indie flick Kings alongside Halle Berry and released rap music under the name “KR” is facing the possibility of life in prison if convicted as charged.

Fardghassemi said the alleged victims in the case, ranging in age from 16 to 22, considered the blue checkmark on Walker’s Instagram and Twitter accounts to be “a badge of verification” proving he was “trustworthy.”

“So when he contacted them on those platforms, offering them jobs, when they saw that little blue checkmark, they thought it was a legitimate gig. They thought they were being booked for a job, or that they were getting a free photoshoot — that he actually was what he was purporting to be. They fell for it,” she said.

Once he got them women alone, he “overpowered” them, she said.

“He was relentless, aggressive, persistent, dismissive,” the prosecutor said. “You’re going to learn that he overpowered them by making them feel upset, nervous, confused, anxious and frozen in fear. He sent them into a state of shock where their bodies were frozen in fear. When they said ‘No,’ he kept going. When they said ‘Stop,’ he didn’t care.”

Walker’s defense lawyer, Andrew Flier, said in his dueling opening statement Tuesday that his client is innocent and the 11 alleged victims in the case are all “lying” for “revenge” because they regretted having sex with Walker.

“They’re going to lie to you because they know that they fell for his BS. That’s what this case is about. He made false promises, and they fell for it, and now it’s time for revenge,” Flier said. “They gave up their integrity and their bodies, and that’s why they’re here in spite. It’s payback to Mr. Walker.”

At a hearing in December, Fardghassemi said more than 30 alleged victims had stepped forward with allegations of misconduct against Walker. On Tuesday, she promised jurors they would hear from 10 of the 11 victims whose allegations led to charges in the case as well as three other women with strikingly similar allegations against Walker from 2014 that did not lead to charges.

She told jurors Tuesday that one of Walker’s alleged rape victims was a 16-year-old girl he contacted on Twitter with an offer to pay her $5,000 for her appearance in a music video. The girl allegedly thought she was meeting him to sign a contract when he brought to her a complex in downtown Los Angeles and raped her as she “lay there crying, sobbing so hysterically that her entire body started shaking,” the prosecutor said.

In 2014, he allegedly raped a 19-year-old woman in a parking lot after she was denied entry to a club because she got too drunk on a party bus that delivered her to the venue, Fardghassemi said.

“She’s in and out. She’s drunk. She doesn’t know what’s going on. He penetrates her from behind without her consent. He rapes her as she’s in and out. What you’re going to learn about [this victim] is that she didn’t know who her attacker was because she was so drunk,” the prosecutor said. “This crime is entirely solved by DNA evidence. That happened in 2014.”

Fardghassemi said Walker purportedly offered another alleged victim $200-per-hour for a modeling gig. He flew her to Los Angeles from New York, fed her three alcoholic drinks and raped her before she flew back to Manhattan and voluntarily submitted to a rape exam at Bellevue Hospital, Fardghassemi said.

Flier said the woman and Walker had been talking on the phone prior to the visit and that the 18-year-old lied to her parents about the trip.

“If you believe that someone is going to fly across the United States for an hours-long photo shoot, why are we even here?” Flier asked in his opening statement. “They are talking on the phone. They’re having a romantic thing. She comes from New York to be with Mr. Walker.”

The serial rape case first made headlines with Walker’s arrest in 2018, which followed just months after his portrayal of the gang member Juju hit movie screens with the release of Superfly. The action movie was produced by rapper Future as a remake of the 1972 blaxploitation film Super Fly.

Two of Walker’s accusers beyond those set to testify in the criminal case previously shared their stories with Rolling Stone.

Model Sydney Stanford said she reached out to Walker on Instagram after hearing he was a photographer and agreed to shoot with him in 2017. She was 19 years old at the time and claims he raped her in a locked car the night they first met. (Stanford told Rolling Stone she reported Walker to police and has spoken with prosecutors, but is not one of the victims testifying in the criminal case or one of the witnesses.)

“This has been a long time coming for all of us, and I just hope that us seeing this case through will empower other women to speak up and do the same,” Stanford said.

“The DA said that more than 30 women contacted prosecutors with allegations,” Stanford noted. “That’s 30 women that had the strength and had it within themselves to even come up to the police. So imagine how many girls are still left out there that he has harmed or he has hurt that didn’t make it to the police, didn’t make that call, were too scared to say something. Like, imagine how many different humans are out there that he has done this to?”

Accuser Tiara Kelly, a professional model, previously told Rolling Stone, “He has repeatedly shown a pattern of assault, pedophilia, manipulative [behavior], and has no remorse for [his] actions.”

Stanford and Kelly also spoke to Hollywood Unlocked in a sit-down interview that detailed their alleged experiences with Walker. Kelly said Walker raped her after she agreed to meet him for a photo shoot in 2014.

“Every day that I live, I have to live with this. Every time I watch TV and see someone get assaulted, I have to think about when I got assaulted,” Kelly told Hollywood Unlocked. “No one’s making false allegations against this man. He’s nobody.”