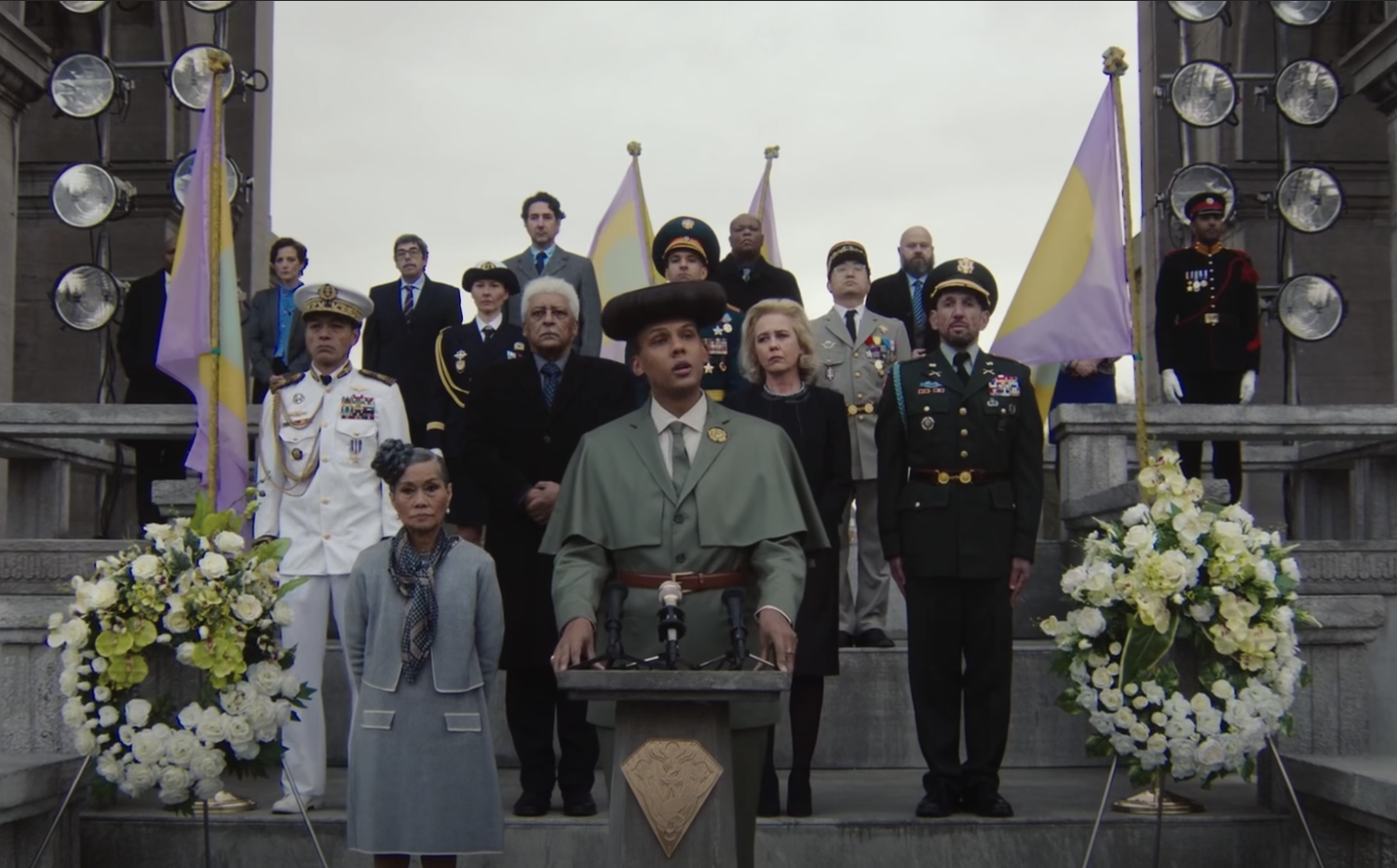 Stromae has released a video for “Fils de Joie,” which comes off the Belgian artist’s recent album, Multitude. The video is a creative collaboration between Henry Scholfield, Luc Van Haver, Coralie Barbier and Paul Van Haver.

The cinematic clip, which takes place in a fictional country, centers around a funeral for a sex worker who has been elevated to the status of heroine. Stromae pays tribute to the deceased woman from a podium as the ceremonial event takes place.

“The idea for ‘Fils de Joie’ came from watching Faustine Bollaert’s [French] talk show Ca Commence Aujourd’hui,” Stromae said in a statement. “One of her shows was dedicated to the children of sex workers. I was struck because I discovered a world that I did not know at all. A child testified by explaining that a client of his mother had come to tell him, ‘Ah well, yesterday I banged your mother.’ I found the phrase and the attitude most out of place. How can you afford to say such things to a child? I wanted to take everyone’s point of view since everyone has an opinion on her, but unfortunately we don’t often ask her for hers.”

He continued, “I therefore speak in place of the son, the client, the pimp and the policeman. ‘Fils De Joie’ is in a way, a tribute to these women who do this very difficult work, very little recognized, but which exists and which will exist, whether we like it or not.”

Multitude, Stromae’s third album, arrived March 4. He recently spoke with Rolling Stone about the large gap between his releases, explaining, “I just needed to live a normal life. I needed to be inspired.”

In making the record, the singer took inspiration from great Francophone singers Édith Piaf and Jacques Brel. “I think our job is to tell stories. That’s how I see [it],” he explained. “I play with words… It’s a balance between personal and universal. It’s important for me that people can relate to my songs. If it’s too personal, I don’t think that’s really interesting.”