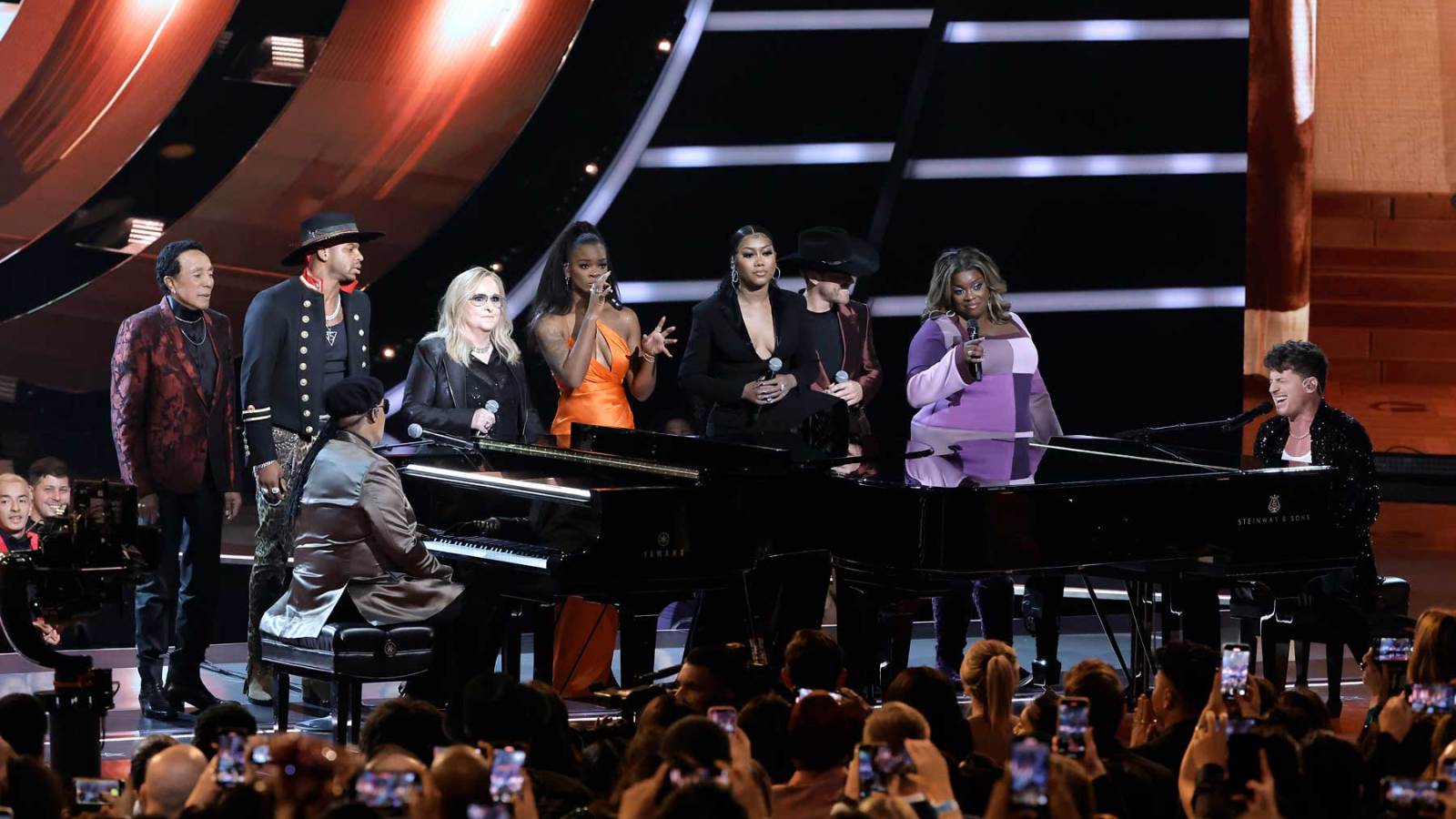 Lionel Richie, already a Rock and Roll Hall of Fame Class of 2022 inductee, was also the recipient of the American Music Awards’ prestigious Icon Award at Sunday’s show — with Stevie Wonder and Charlie Puth performing a medley of Richie’s songs to honor the R&B legend.

Richie’s award was presented to him by the first AMAs host, Smokey Robinson, who called the iconic singer his brother and praised Richie for his ability to tackle any genre.

“God has given you a light. That light is special. That light is only given to a few,” Richie said, dedicating his acceptance speech to the superstars in the audience. “When you hear the word, ‘hip,’ it means, ‘today.’ When you hear the word, ‘inspiring,’ it means, ‘forever.’ God, he, she, mother, is trying to tell you that you are chosen to inspire.”

From Richie’s immense catalog, which spans Commodores hits to chart-topping solo singles, Wonder (a close friend of Richie’s) and Puth delivered several camaraderie-filled piano duets of Richie’s greatest masterpieces, including snippets of “Three Times a Lady,” “Easy (Like Sunday Morning),” “All Night Long (All Night),” and “Say You, Say Me.”

Ari Lennox, alongside Robinson, Melissa Etheridge, and Muni Long, finished out the tribute with a group performance of “We Are the World,” which received a standing ovation from the crowd.

Richie is only the second artist to receive the American Music Awards’ Icon Award following Rihanna. A 17-time American Music Awards winner, Richie notably appeared at the 1987 AMAs with an army of all-star artists to perform “We Are the World,” his chart-topping charity single he co-wrote.

“I’m immensely grateful for a career that has taken me to places I never imagined that I’d go, from arenas worldwide to studio sets to the AMA stage,” Richie previously said of the honor. “I can recall one of the first times I got to perform at the AMAs. It was to sing ‘We Are the World’ among the most iconic musicians of my generation, so it is surreal to be receiving this recognition 36 years later.”

Jesse Collins, AMAs executive producer and showrunner, added, “Lionel Richie has had a profound impact on countless people around the world and on the music industry as a whole. From the millions of dollars raised due to ‘We Are the World’ to the global influence his unique sound still has today, Richie is the definition of a living legend and honoring him with the AMAs Icon Award is a no-brainer.”

Richie, a judge on the next iteration of American Idol, will return to the stage in 2023 for the latest string of dates on his “All the Hits” residency at Las Vegas’ Encore Theater.