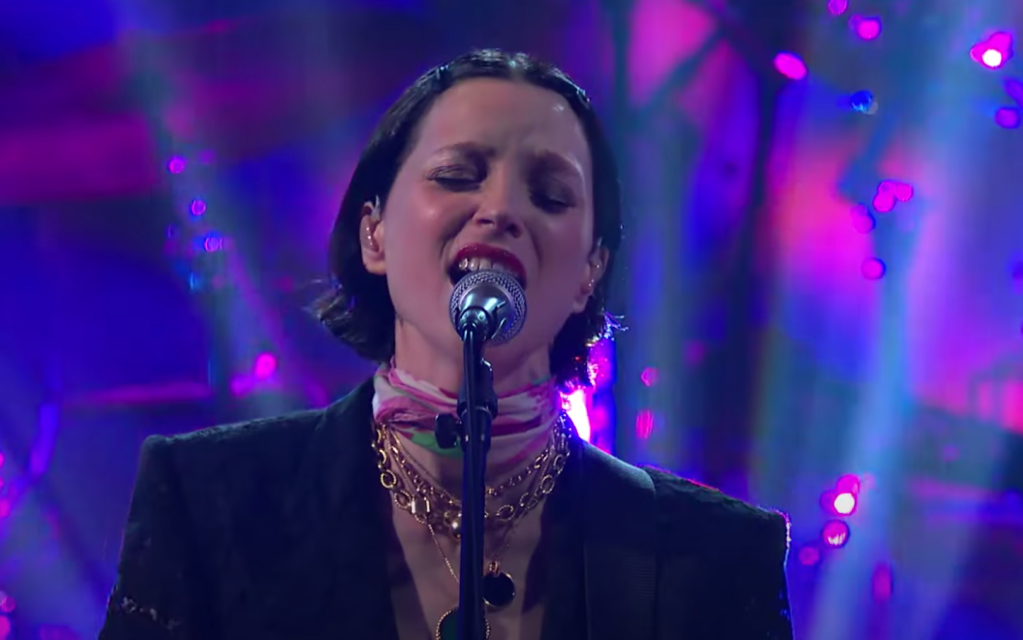 St. Vincent appeared on The Late Show alongside Louis Cato and the late-night show’s house band to perform a rousing version of last year’s single “Down.” The performance saw the musician showcasing her electric guitar chops in collaboration with Cato.

“Down” appeared on St. Vincent’s 2021 LP Daddy’s Home, released last May. Following the album’s release, the musician starred in the film The Nowhere Inn, in which she played a touring musician who is the subject of a documentary filmmaker (played by Clark’s friend and collaborator Carrie Brownstein).

In July, St. Vincent filled in as house band leader on The Late Show, stepping in for Jon Batiste over the course of a week. During one of the appearances, the Texas-born musician publicly urged the Dallas Cowboys to book her to perform the National Anthem at a future game. After host Stephen Colbert asked “Have you ever sung the National Anthem at a Cowboys game?” the singer replied, “No, but I have been trying to… They have never taken me up on my offer.”