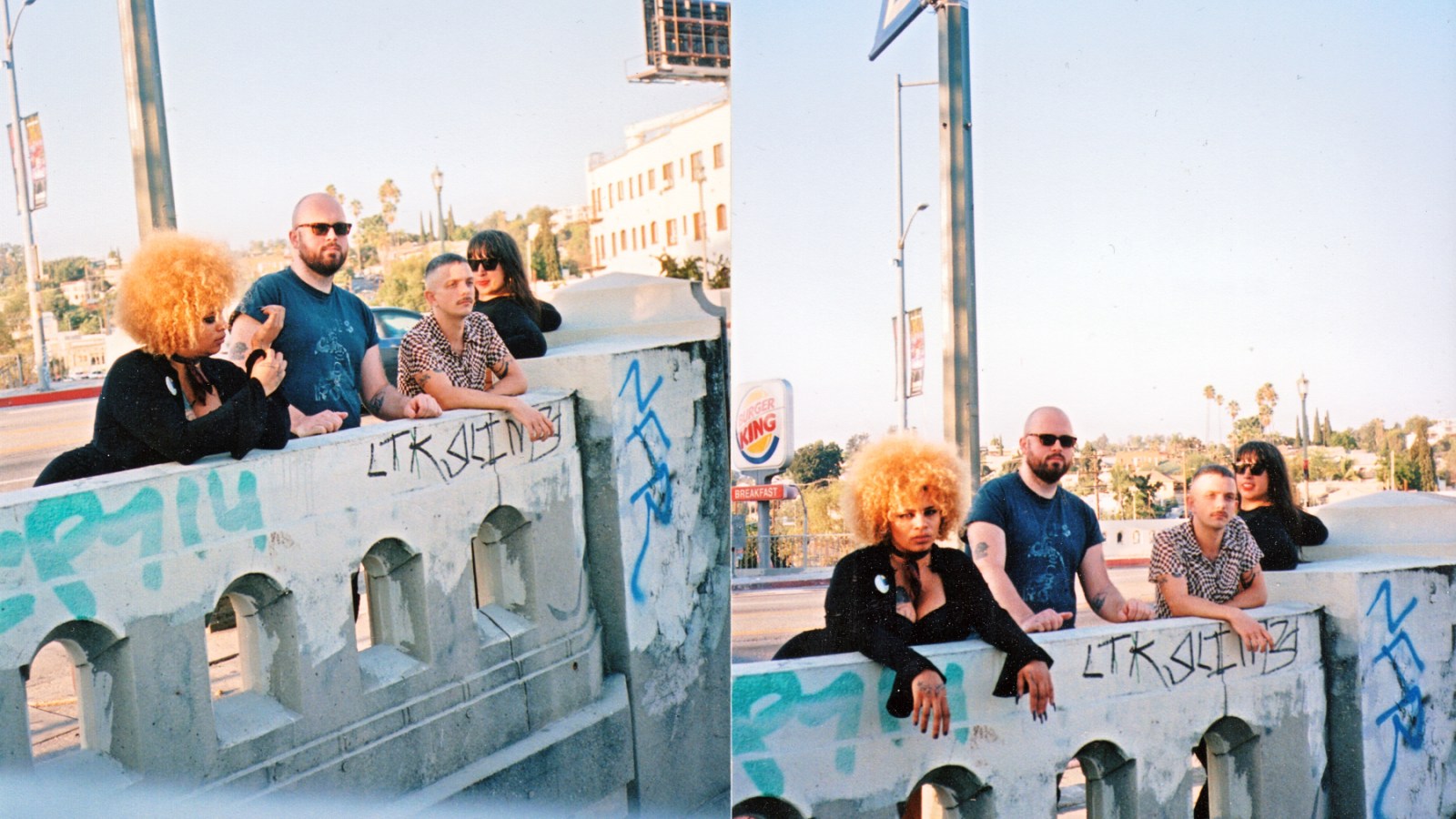 The track moves at a breathless pace, the skittering percussion recalling classic drum and bass grooves, while a rumbling bass guitar thunders against a backdrop of guitars wailing like distant sirens. Amidst this storm, singer Alli Logout wails, “At a reduced rate I give you my heart/With Cherry Blue Intention/Hot on heels/Baby ride my wheels/Far deep into oblivion.”

As Logout tells Rolling Stone, Special Interest have always injected their more hedonistic songs with a sense of self-reflection, though in this instance, it’s more personal than political. “Instead of looking at how state violence influences our desires for escape, the person is looking inside at that longing for connection that never seems to work in their favor,” they explain.

Logout adds that “Cherry Blue Intention” was written in the thick of quarantine, with the lyrics capturing a sense of nostalgia for pre-pandemic revelry and that moment’s heavy sense of loneliness. “Writing it allowed me to reminisce on those moments that feel infinite in the arms of whoever the fuck is in your bed that weekend,” they say. “And I hope while listening to the track the audience can meditate on that feeling as well and as all things just let it pass.”

“Cherry Blue Intention” also arrives with a music video, which features an array of footage Special Interest filmed on Super 8 camera on tour earlier this year. Inspired by documentaries like The Year Punk Broke and The Last Days of Left Eye, Logout says they began filming any and everything, from “in camera monologues about how I was feeling being Black in these spaces” to lengthy conversations with new friends the band met in Greece “about each of our current regimes and struggles.” While Logout says all this could make it into a full documentary at some point, there was enough footage of “late-night flirtations as the sun rose” and other fun, dumb moments to make the perfect music video for “Cherry Blue Intention.”

“My favorite [scene in the video] is definitely the couple always making out,” Logout quips. “It was so beautiful to capture because that intimacy between them sprang up that night, and it was so pure and chaotic. Also, in classic dyke fashion, one of them had just moved in with the other as a roommate. Chaotic!”

In one way, the “Cherry Blue Intention” video also offers a glimpse at the more joyous side of being a touring musician at a moment when it’s become increasingly difficult — and financially unfeasible — for many artists, even established ones. Special Interest acknowledge the growing costs and physical/mental strains of life on the road, though Logout says they try to balance the rough parts with “eating good and looking at art and making an effort to acknowledge and see historical things.”

Special Interest’s time on the road this year also offered them a glimpse at one possible way the touring industry might be able to reform itself to become more sustainable. “A really bizarre thing about playing in [Europe] is going to venues that actually receive state funding to stay afloat,” says synth/drum machine wiz Ruth Mascelli. “Can you imagine? As rents continually get higher it’s sad to see these big soulless corporate venues being the only ones able to stick around. Subsidizing smaller venues that are actually invested in music and not just profit would hugely improve the experience of playing live.”

“Cherry Blue Intention” will appear on Special Interest’s upcoming third album, Endure, which is set to arrive this Friday, Nov. 4, via Rough Trade. The album was largely written and recorded during the thick of the pandemic, meaning Special Interest weren’t able to try out their new songs live and had to refine them in the vacuum of the studio. Guitarist Maria Elena admits it “definitely felt very abnormal to not test songs in front of an audience,” adding, “I feel like the phrase ‘go there’ came up a lot. Also, the phrase ‘sensitive rocker.’”

Logout says, “We played around a lot in the studio and added more layers and switched instruments a bit. Also, in songs like ‘Foul,’ Maria, Ruth, and I wrote lyrics together, which has never happened. We really just came into ourselves and dug deeper than we have before. Endure is sensitive but still so captivating and urgent. And I think being able to hold all those things comes with a lot of time and a lot of growth, and that’s exactly what is happening with all of us in this band.”