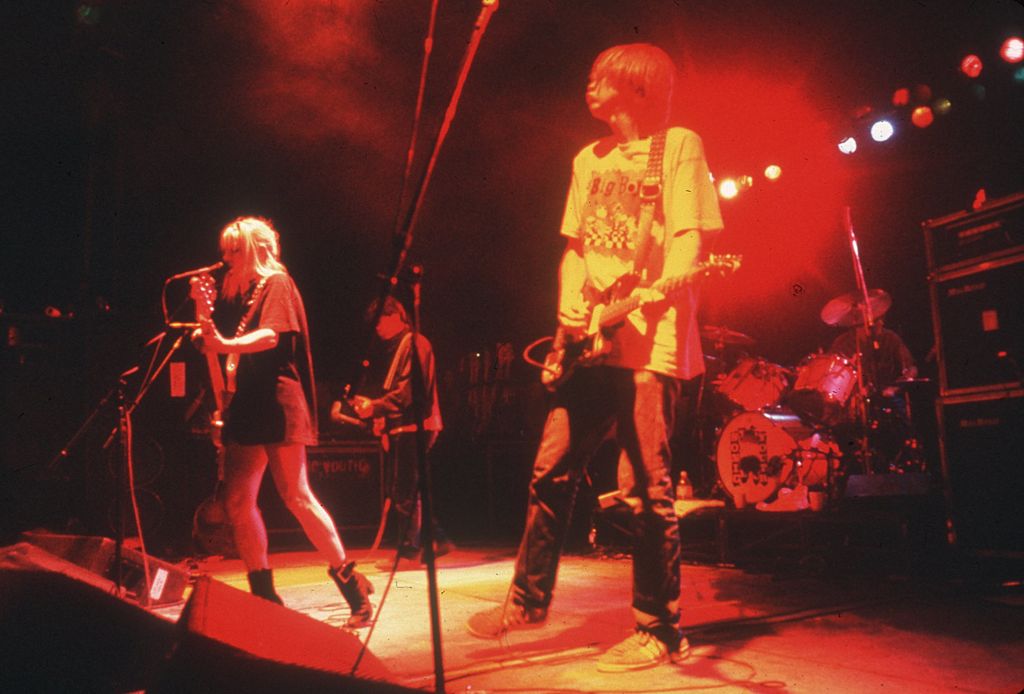 Exactly 33 years ago Thursday, on April 14, 1989, Sonic Youth staged a concert in Kyiv, Ukraine, one of the last Western acts to play in the then-Soviet city prior to the fall of the Berlin Wall and the collapse of the U.S.S.R. Amid the current Russian invasion, the pioneering band has unearthed a partial recording of that Kyiv gig to raise money for humanitarian efforts.

Live In Kyiv, Ukraine 1989, available to purchase through Sonic Youth’s Bandcamp page, includes nine songs from the band’s first-ever show in the city, including a near-full performance of their then-new album Daydream Nation.

Among those in attendance at Sonic Youth’s Kyiv concert was Gogol Bordello’s Eugene Hutz, who would later cite the gig as a turning point in his life.

“That SY Kyiv show was life-changing for all musicians that were there,” Hutz said of the April 14, 1989 show in a statement. “These were the new vitamins we needed. I made a decision to experience NY right there… The fact that it wasn’t shut down halfway through like all other punk gigs was the doing of a Ukrainian man named Mikhail Gorbachev, who set up the atmosphere of political ‘springtime’ and a promise of change.”