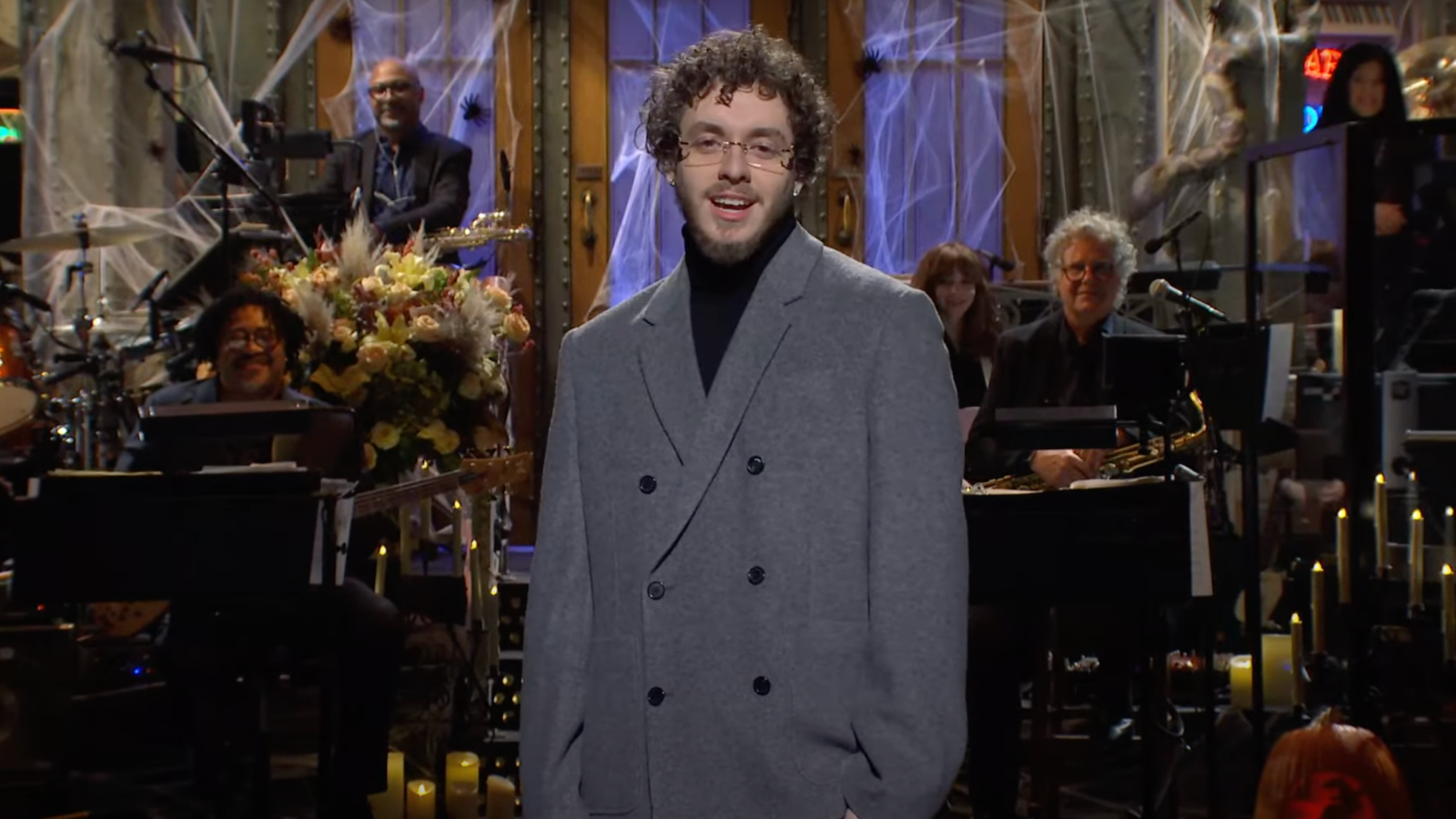 Jack Harlow, the 24-year-old multi-hyphenate rapper and actor (he just shot his first movie White Men Can’t Jump), with one of the biggest hit songs of 2022, spent his first Saturday Night Live introducing himself to the world, warts first.

“It’s been a big year for me … A lot of people have been saying I’m the goat and they don’t mean the ‘Greatest Of All Time,’” Harlow said, wearing tiny glasses and an enormous gray pantsuit, soaking in the nervous laughter. “They mean the goat from Narnia.”

“One guy said, ‘I don’t know why ya’ll think Jack Harlow’s so special, you can find anyone who looks like him at any local gas station.” Even more laughs. “I’ve heard them say, ‘like if you tried to draw Justin Timberlake from memory.’”

“I think my favorite one might be, ‘I think Jack Harlow looks like the guy who rips the tickets in half at the movies.’”

But do not let Harlow’s Bob Dylan circa 1985 facial hair fool you. The man is a Gen-Z sex symbol, as proclaimed by this outlet in the March 2022 cover story. And it’s been a blockbuster year. Harlow released his second album, Come Home The Kids Miss You, featuring the Number One hit single — the suave, Fergie-sampling joint, “First Class,” which dominated TikTok first and then the rest of the world.

Harlow’s other Number One song, “Industry Baby,” he notched with his rap peer Lil Nas X. “Everything that happened between us,” Harlow said about Nas X, “was casual, consensual and one of the best nights of my entire life.”

Earlier this year, Harlow told Rolling Stone’s Brian Hiatt that in order to be taken seriously as a rapper, he turned down a lot of tempting offers — except for Lil Nas X, of whom he was a huge fan. Later on, when Harlow found out that Nas’ handlers wanted to shorten his verse to appease “the algorithm,” Harlow told Nas X, “I don’t want to be the eight-bar novelty hip-hop feature on this … Fuck the algorithm.”