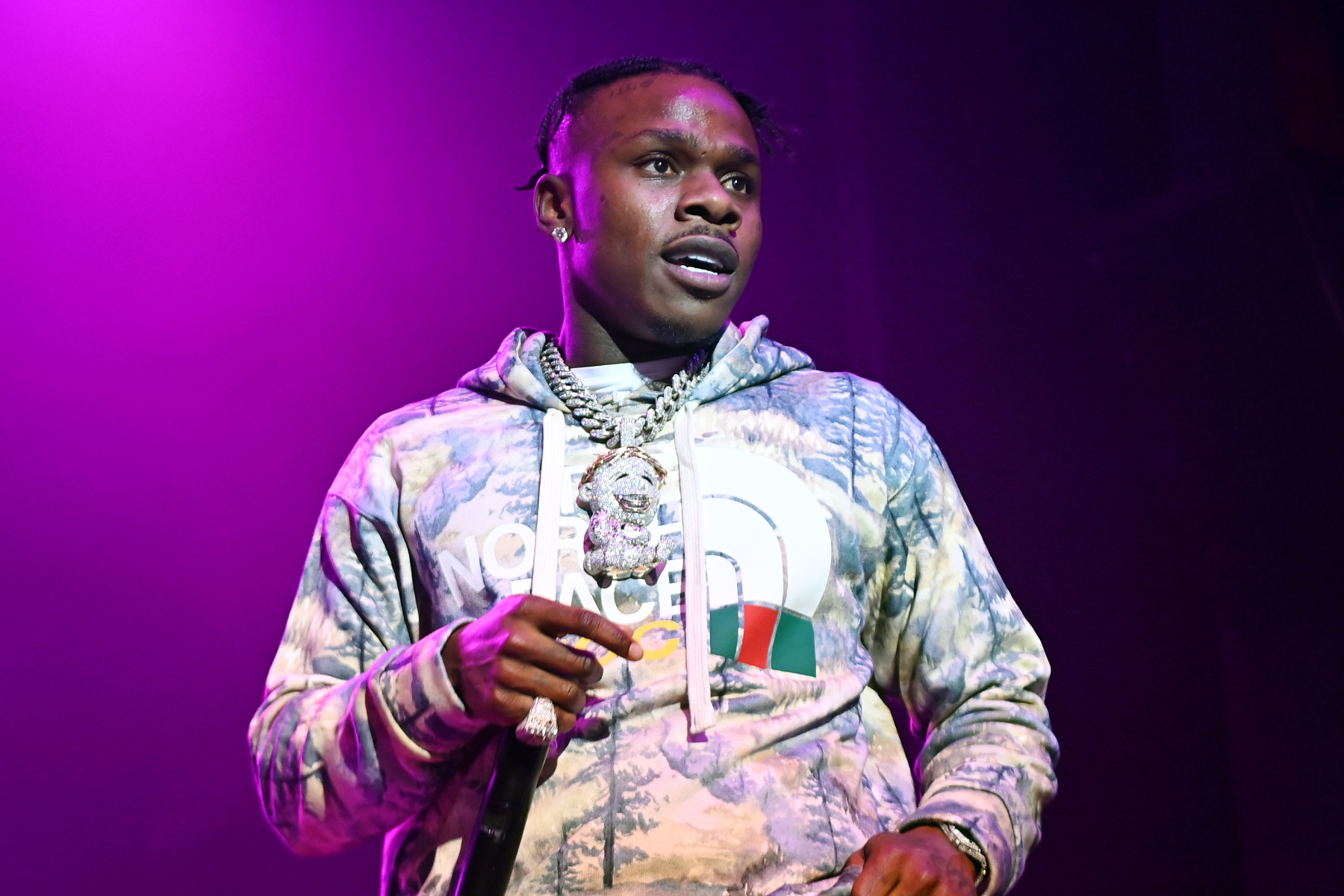 A shooting at DaBaby’s home in North Carolina on Wednesday evening has left one victim with non-life-threatening injuries, according to local police.

Officials were directed to the home of DaBaby (whose real name is Jonathan Kirk) around 7:45 p.m., responding to reports of a shooting. When police arrived at the $2.3 million home in Troutman, North Carolina, only one person was injured and subsequently taken to a local medical facility.

Neither the shooter nor the victim has been named, but a Troutman Police Department spokesperson said the shooting was an “isolated incident” and there is no further threat to the community. Neither the police department nor a rep for the rapper immediately replied to a request for comment on the shooting.

Kirk moved into the 11,000-square foot mansion back in December 2019, according to local reports. His arrival made a splash, as within a year of living in the upscale neighborhood he had racked up at least 30 calls to police. The complaints were over noise levels, domestic arguments and construction concerns. Fourteen calls alone were for Kirk’s security alarms going off, according to the Charlotte Ledger.

The 30-year-old rapper, who signed with Interscope Records in January 2019, was involved in a fatal shooting in November 2018. Kirk had been shopping with his partner and two young children at a Walmart just outside Charlotte when he claimed he was forced to defend himself when 19-year-old Jaylin Craig allegedly brandished a weapon, shooting and killing the teen. Kirk served no jail time but was convicted of carrying a concealed weapon in June 2019, and was sentenced to 12 months of probation.

He’s currently facing two civil lawsuits for assault in California after a physical altercation at a bowling alley with Brandon Bills, the brother of his ex-girlfriend DaniLeigh, in February. Homeowner Gary Pagar is also suing the rapper for allegedly sucker-punching him in December 2020, knocking out the 65-year-old’s tooth after Kirk and his entourage allegedly broke terms of a rental agreement.