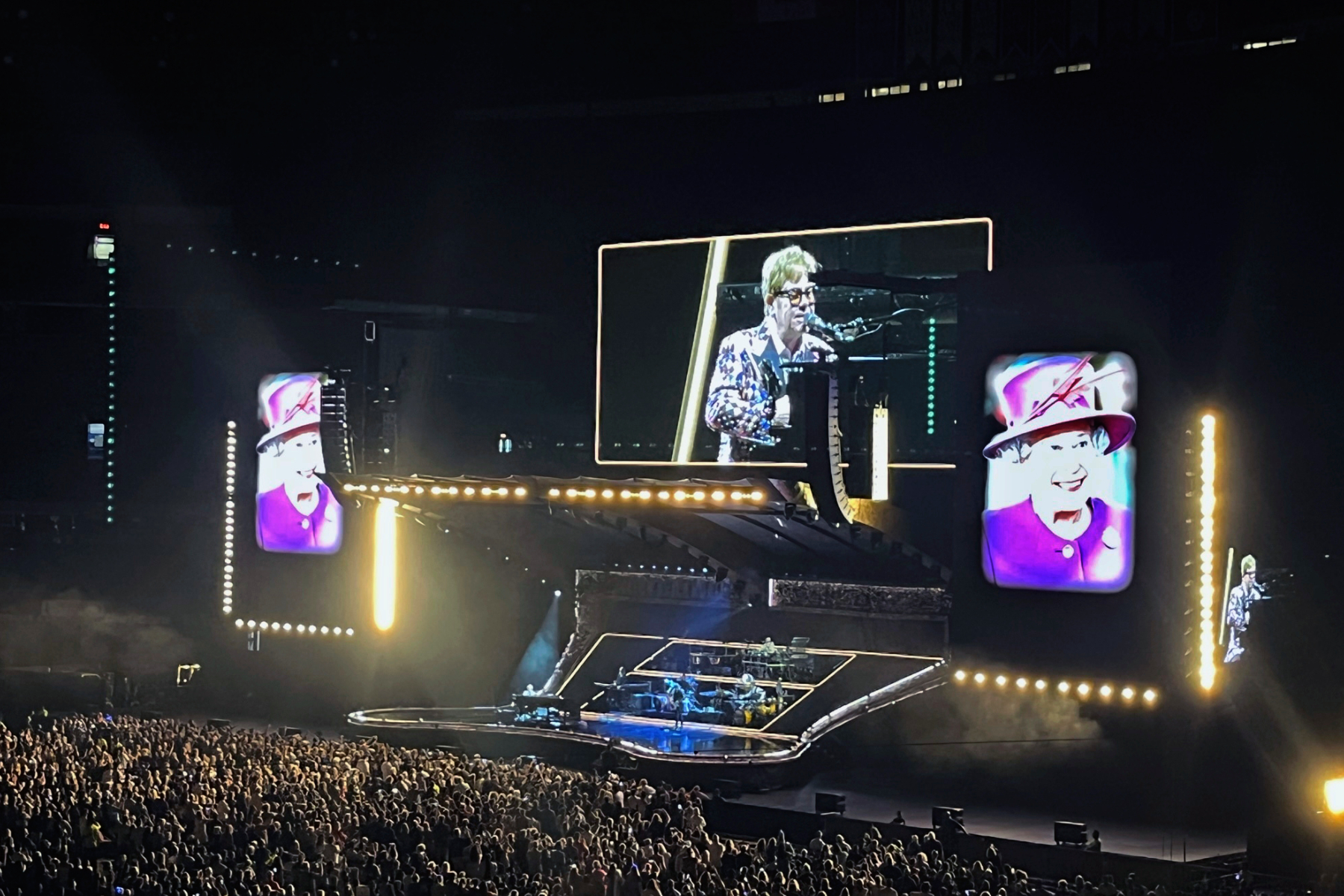 Elton John paid tribute to Queen Elizabeth II with a short speech and a performance of his 1974 hit, “Don’t Let The Sun Go Down on Me,” in Toronto Thursday, Aug. 8.

Before launching into the song, John called the late Queen “an inspiring presence to be around” and praised her leadership (even if it was largely symbolic): “She led the country through some of our greatest and darkest moments with grace and decency and genuine caring, and warmth,” he said.

John continued, “I’m 75, and she’s been with me all my life, and I feel very sad that she won’t be with me anymore, but I’m glad she’s at peace, and I’m glad she’s at rest, and she deserves it. She worked bloody hard. I send my love to her family and her loved ones, and she will be missed. But her spirit lives on. And we’ll celebrate her life tonight with music.”

John’s comments at his concert largely echoed a tribute he shared on social media not long after the Queen’s death was announced on Thursday. “Along with the rest of the nation, I am deeply saddened to hear the news of Her Majesty Queen Elizabeth’s passing,” John wrote. “She was an inspiring presence to be around, and led the country through some of our greatest, and darkest, moments with grace, decency and a genuine caring warmth. Queen Elizabeth has been a huge part of my life from childhood to this day, and I will miss her dearly.”