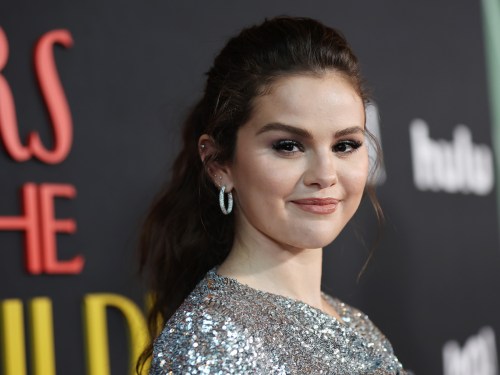 In honor of World Mental Health Day, Selena Gomez has shared the official first trailer for My Mind & Me, her forthcoming Apple TV+ documentary chronicling the past six years of her life. The film has been tagged as a “uniquely raw and intimate” glimpse into the parts of the singer’s life that the cameras don’t usually capture, including her behind-the-scenes battle with anxiety and depression in tandem with her lupus diagnosis.

“Just be who you are, Selena. No one cares about what you’re doing,” Gomez says in the trailer. “It’s about who I am, being okay with where I am. I am grateful to be alive.” Looking inward, she reflects on her decades-long career that extends back through her early childhood, expressing that while her goal was never to be “super famous,” she now bears a responsibility to her audience. “I do know that if I’m here, I have to use that for good,” she adds. “Clearly, I’m still here to use whatever I have to help someone else.”

Directed by Alek Keshishian, My Mind & Me, out Nov. 4, captures Gomez in search of connection both internally and externally through self-reflection and close bonds. “I had no interest in making a traditional pop doc,” Keshishian said. “I wanted to show something more authentic and Selena did, too. She has a raw vulnerability that captured me… I had no idea then that it would become a six-year labor of love.”

Coming to terms with her past, Gomez takes a shot at making peace with her traumas rather than pushing them away. The trailer previews a new song from the singer that amplifies this notion, with the star singing: “My mind and me/We don’t get along sometimes/It gets hard to breathe/But, I wouldn’t change my life/If somebody sees me like this/Then they won’t feel alone.”

Gomez concludes the trailer with a declaration that the chapter she’s now embarking on marks a new beginning, one that lets go of the cycles she’s found herself trapped within in the past. “Let me make a promise,” she says. “I am going to stop living like this.”