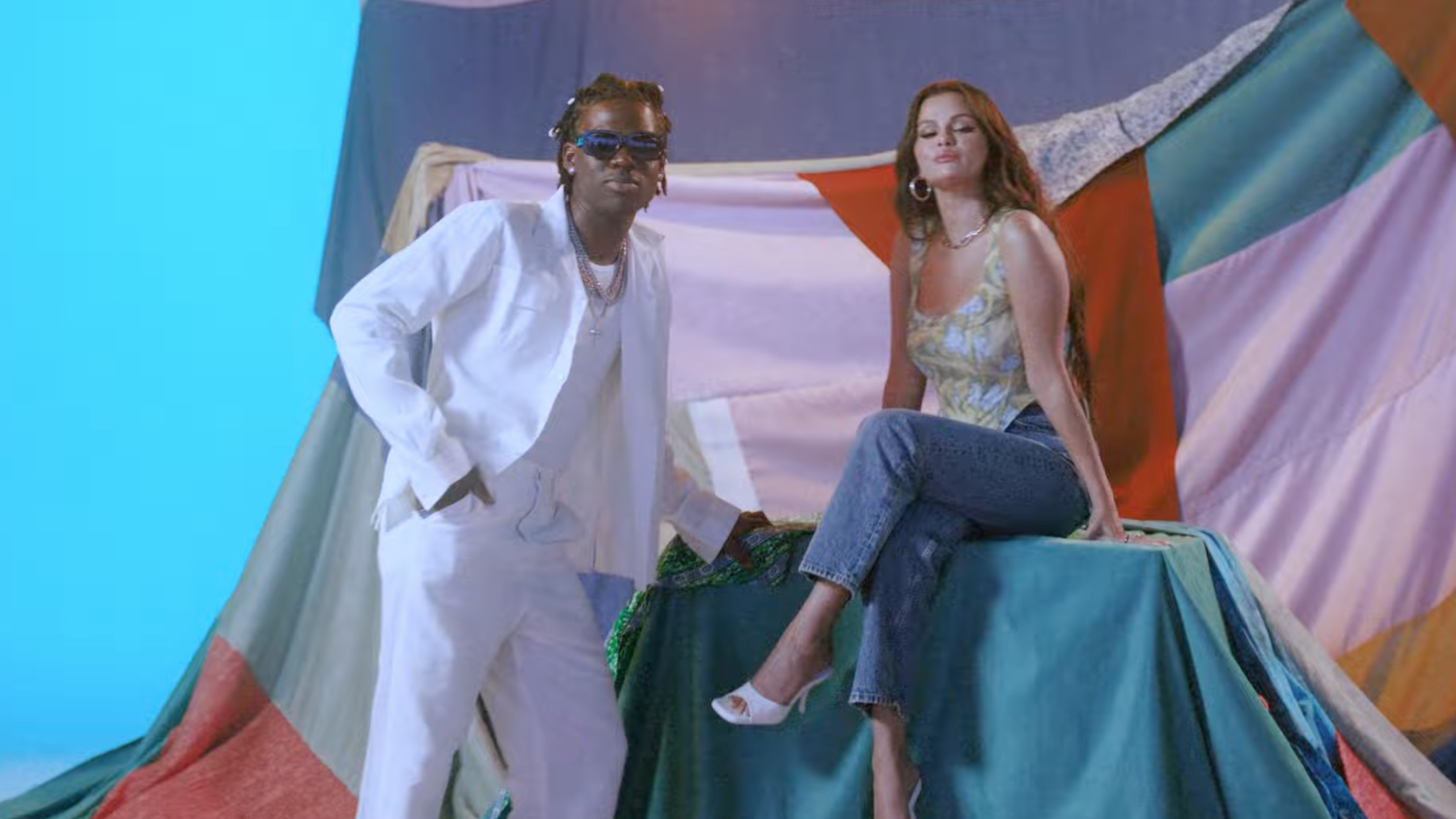 Selena Gomez and Afrorave star Rema have shared a new music video for their reworked version of the latter’s track, “Calm Down.”

The simple clip puts the mid-tempo groover first, following Gomez and Rema as they perform the set in a tastefully decorated living room, then later in front of a sleek silver sports car. The most fun-looking set, though, is clearly the one that gives off sleepover blanket fort vibes.

“Calm Down” was first released on Rema’s debut studio album, Rave and Roses, which arrived back in March. The version of the song featuring Gomez dropped last month, marking the pop star’s first bit of new music this year.

While Gomez released a new album, Rare, in 2020, and her first predominately Spanish-language project, Revelación, last year, she’s largely been focused on acting and other endeavors. The second season of her hit Hulu show, Only Murders in the Building, wrapped its second season last month, and it’s also up for several Emmys this year, including Outstanding Comedy Series.