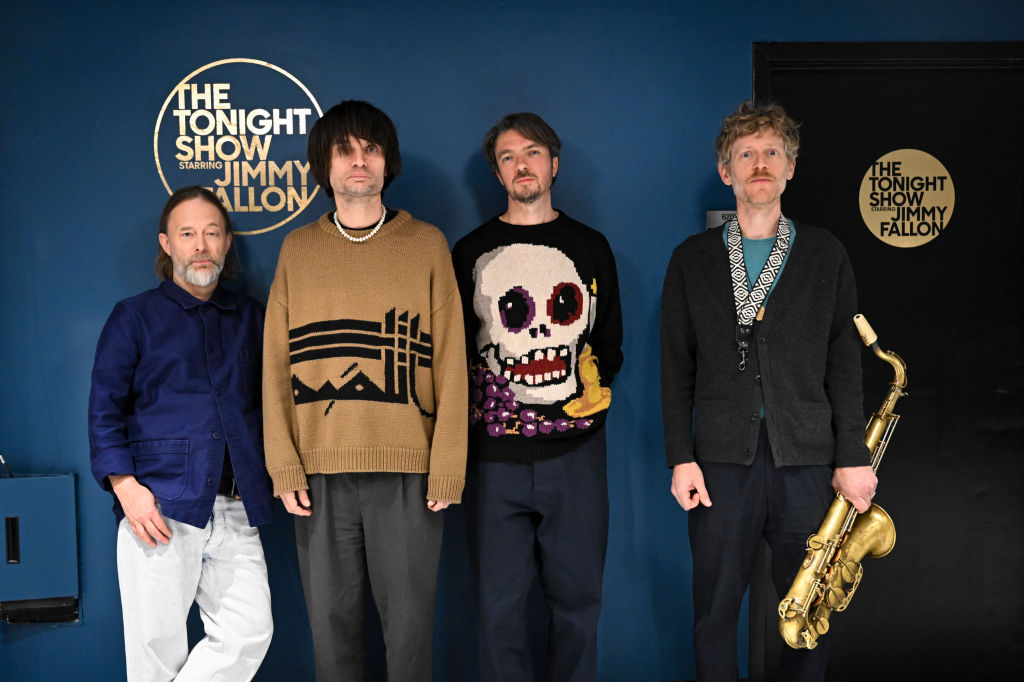 The Smile — the Radiohead offshoot featuring Thom Yorke, Jonny Greenwood and drummer Tom Skinner — kicked off their North American tour earlier this week, and ahead of their three-night NYC stand, the band dropped by The Tonight Show to perform “You Will Never Work in Television Again.”

Making their U.S. late-night TV debut, The Smile enlisted the services of saxophonist Robert Stillman for the performance of the biting debut single off their first album, A Light for Attracting Attention.

The Smile play the next two nights at Brooklyn’s Kings Theater before crossing the East River Sunday night to play New York’s Hammerstein Ballroom. The North American trek concludes Dec. 21 and 22 with a two-night stand at Los Angeles’ Shrine Auditorium.

Prior to the Fallon appearance, the Smile announced a limited edition version of A Light for Attracting Attention complete with new artwork by longtime collaborator Stanley Donwood, as well as a 10″ single featuring live renditions of the album tracks “Open the Floodgates” (with a poetry reading by actor Cillian Murphy) and “A Hairdryer.”