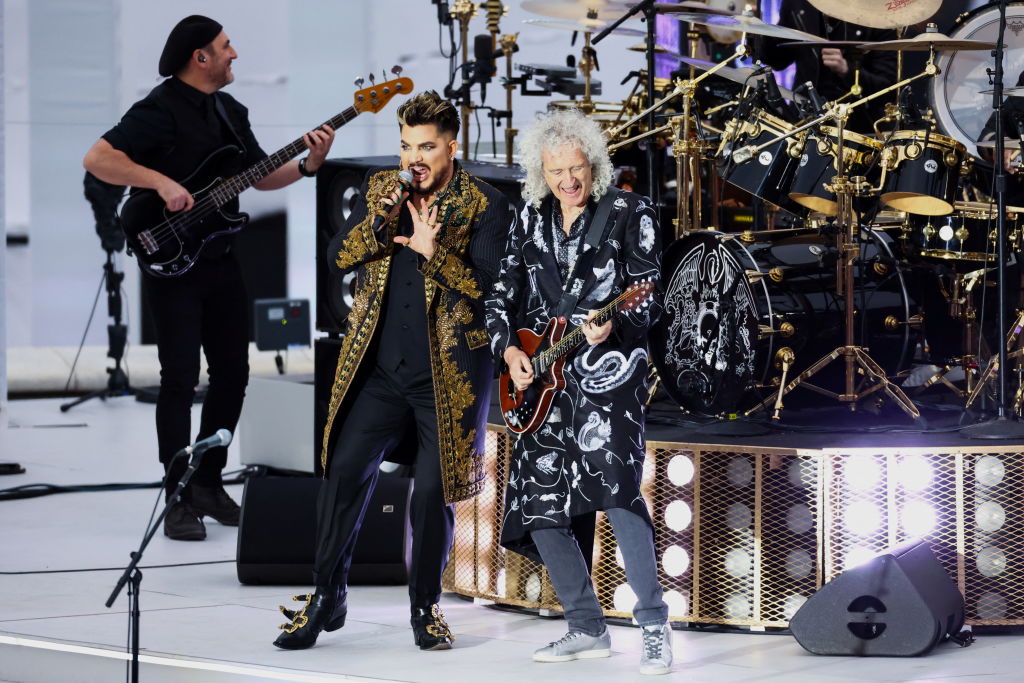 Following a prerecorded video featuring the Queen lunching with Paddington the Bear, the first artist to take the stage was, fittingly, Queen + Adam Lambert, who were joined by a royal marching band for “We Will Rock You.” The band’s set also featured “Don’t Stop Me Now” and “We Are the Champions”; as the BBC notes, Brian May previously performed atop Buckingham Palace 20 years ago during a concert marking the Queen’s Golden Jubilee.

Rod Stewart appeared onstage to sing Neil Diamond’s classic “Sweet Caroline,” with previously had been voted the “official song” of the Platinum Jubilee. Upcoming Rock Hall inductees Duran Duran were also on hand for the concert, delivering “Notorious” alongside Nile Rodgers and their hit “Girls on Film.”

Diana Ross, a “favorite” of the Royal Family, closed out the star-studded concert with a three-song performance that included “Chain Reaction,” “Thank You,” and a cover of Marvin Gaye and Tammi Terrell’s “Ain’t No Mountain High Enough.” The appearance marked Ross’ first U.K. performance in 15 years.