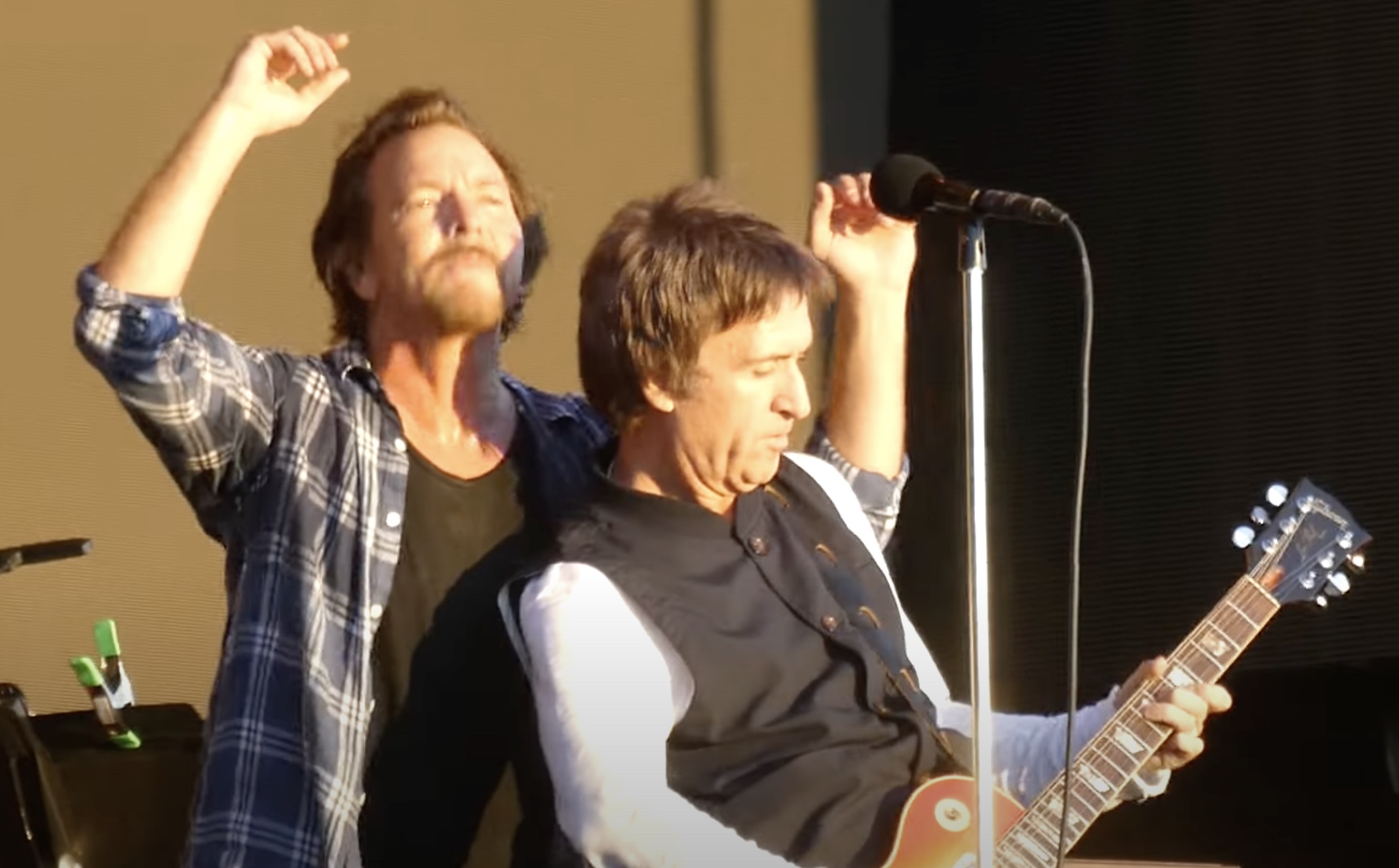 Pearl Jam brought out Johnny Marr to join them on a pair of classic rock covers during the band’s Saturday night at London’s Hyde Park.

The Smiths guitarist, who opened for the band Saturday, first came out mid-set for a rendition of Neil Young’s “Throw Your Hatred Down” (off the Young/Pearl Jam collaborative album Mirror Ball), with Marr laying down an extended guitar solo (despite Eddie Vedder encroaching on his personal space).

Marr later reappeared to assist in Pearl Jam’s concert-closing performance of the Who’s “Baba O’Riley” to keep their Who streak going: The previous night at Hyde Park, Vedder brought out Simon Townshend, brother of the Who guitarist Pete and a touring member of the band, to play his “I’m the Answer.”

The Smiths guitarist has popped up onstage with the grunge legends sporadically over the past decades, including appearing at a 2006 concert to cover “All Along the Watchtower” and joining Eddie Vedder for a few songs at the singer’s Ohana Festival in 2018.

After canceling six dates from their U.S tour due to a Covid breakout in the band’s camp, Pearl Jam are in the midst of a European summer tour that will keep them on the road through July. The band will return to North American in September for an 11-show run before Vedder’s Ohana Fest to Dana Point, California on the Oct. 1 and 8 weekends.