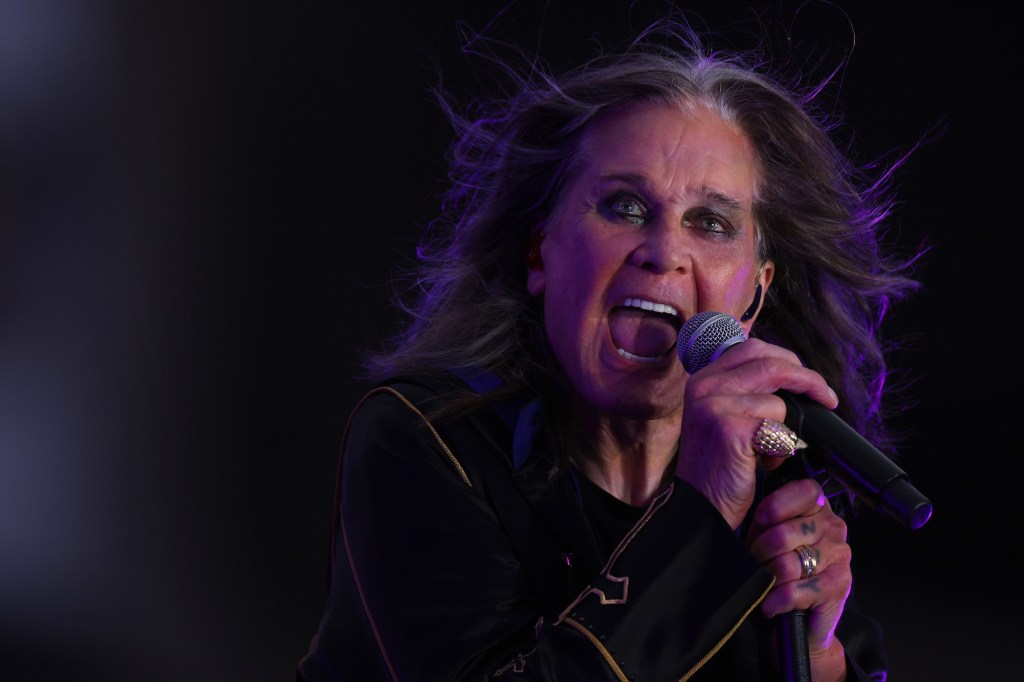 Last week, Ozzy Osbourne fans raged online after tuning into the Rams-Bills game to watch the halftime show: the Prince of Darkness’ first performance on a U.S. stage in nearly three years. But NBC aired only 10 seconds of the gig — a snippet of “Patient Number 9,” the title track of Osbourne’s new album — before cutting to commentary.

Now Osbourne is releasing a video of the full show, featuring “Patient Number 9” and his signature song, “Crazy Train.” The singer’s backing band for the gig included producer Andrew Watt on guitar (Watt helmed both Patient Number 9 and Osbourne’s 2020 LP, Ordinary Man), Jane’s Addiction bassist Chris Chaney, and Osbourne’s longtime drummer, Tommy Clufetos. Guitar slinger Zakk Wylde, who has been Osbourne’s right-hand man off and on since 1987, joined the group for “Crazy Train.”

After Osbourne’s surprise appearance with his Black Sabbath bandmate Tony Iommi last month at Birmingham, England’s Commonwealth Games, the mere thought of the gig had fans’ anticipation running high. But for all of the grief and disbelief that followed the truncated broadcast, an NFL spokesperson says it wasn’t meant for TV. “For regular season NFL games, halftime acts are designed to entertain fans in the stadium,” the spokesperson tells Rolling Stone. “In some cases, our broadcast partners will air a short portion of a halftime performance, which occurred yesterday, but ultimately, these acts are meant for in-stadium fans.” A rep for NBC did not return Rolling Stone’s request for comment.

In a new Rolling Stone profile, Osbourne explained how the Birmingham performance reenergized him and helped him to believe he could get onstage again after a series of health setbacks. “Up until last night, I was semi-retired,” he said. “For three years, I’m thinking, ‘I’m never going onstage.’ I kind of half-bought myself into the fact that [my performing career] was over.”

“I can’t really believe it happened,” Sharon Osbourne told Rolling Stone. “They asked us six months ago, and we had to say no. And then they called us literally days before to say, ‘We’d seen Ozzy [make an appearance] at Comic-Con, and he seems to be doing well. Do you think he could do it?’ And I asked Ozzy, and he was like, ‘Yeah. Why not?’”