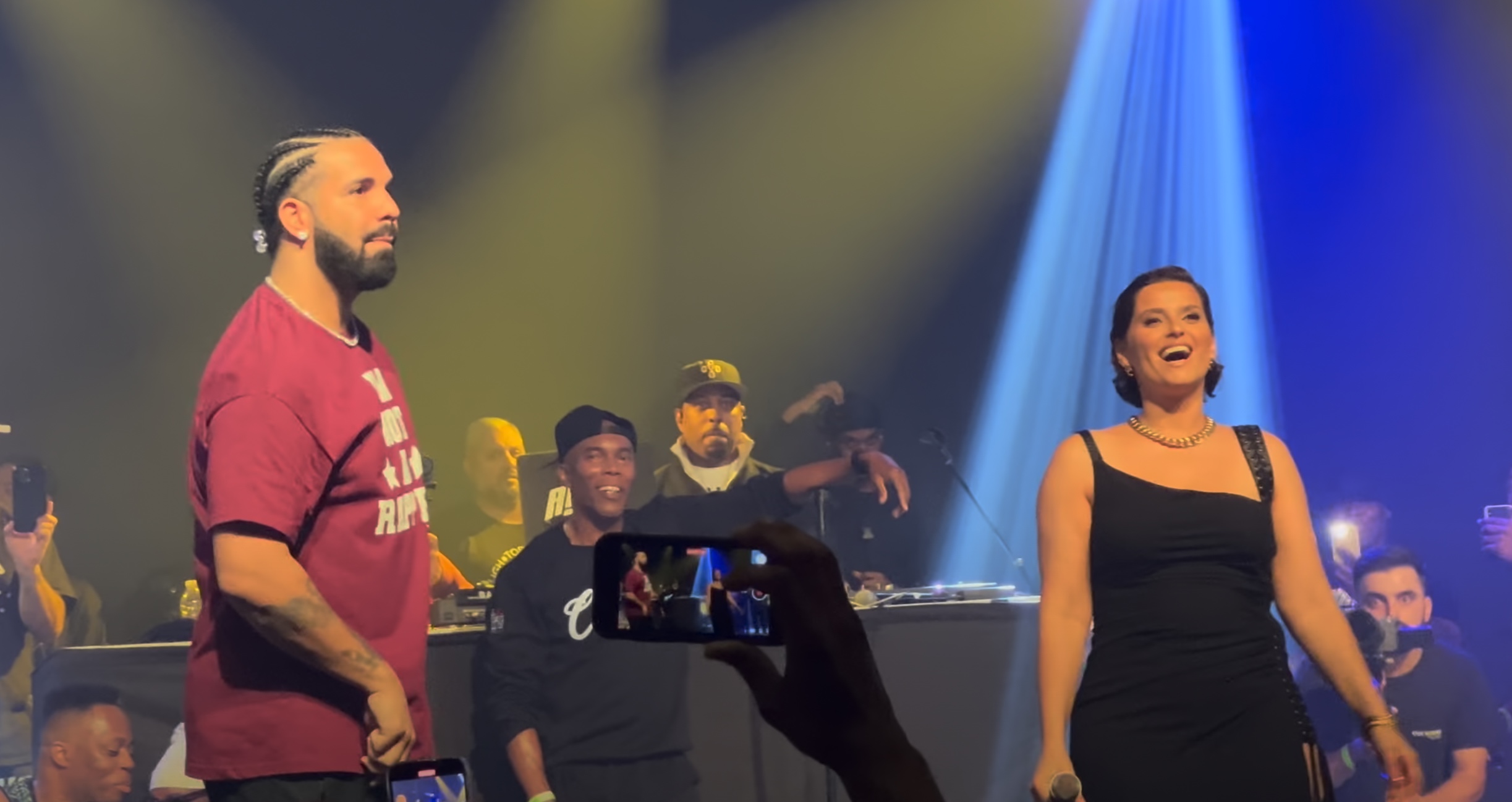 Nelly Furtado made a surprise, rare live appearance this week to sing two of her hits alongside Drake at the rapper’s OVO Presents All-Canadian North Stars event in Toronto.

Furtado, who hadn’t performed live in nearly five years, delivered an abridged rendition of her “Promiscuous” before she was joined by Drake on a jovial, singalong rendition of the single “I’m Like a Bird.”

“Thank goodness I’m a nice, humble, well-spoken [person], I like to deal with people the right way, because that’s the only way that you could get this next person to come out of the house to do what they’re about to do right now,” Drake said in introducing his fellow Canadian, noting her lengthy absence from the stage.

“I don’t care how loud you sang tonight, right now, I need you to sing as loud as you can because this right here took a lot… This next person’s changed my life so much, I love her so much.”

The Grammy-winning Furtado hasn’t toured since 2017, the same year she released her last studio album, The Ride. However, the singer has inched back into the music world over the past year, releasing an EP with German production duo Quarterhead in May 2021 followed by a reissue for her 2006 album Loose.

The Furtado cameo continues Drake’s hometown celebration of TRL-era hitmakers, as the rapper himself made a surprise appearance to perform with the Backstreet Boys when that band visited Toronto.