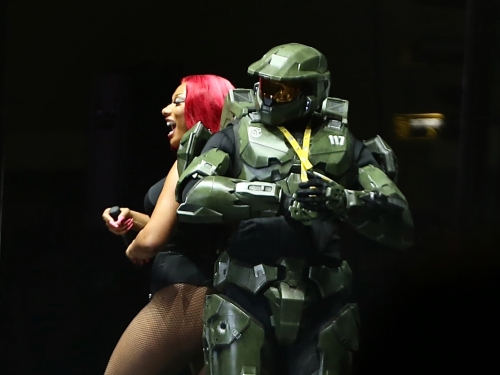 The bizarre moment occurred during a performance of “Freak Nasty,” where the rapper was joined onstage by the video game character, seen most recently on a Paramount+ adaptation of the beloved franchise.

Megan twerking with a Paramount+ property continues the rapper’s takeover of every streaming service, as she’s also twerked with She-Hulk over on Disney+, judged on HBO Max’s Legendary and just this week teased she was filming something Halloween-y (and possibly Stranger Things-related) for Netflix.

And next week on Peacock (and more specifically, NBC), Megan Thee Stallion will serve as both host and musical guest on the Oct. 15 episode of Saturday Night Live.