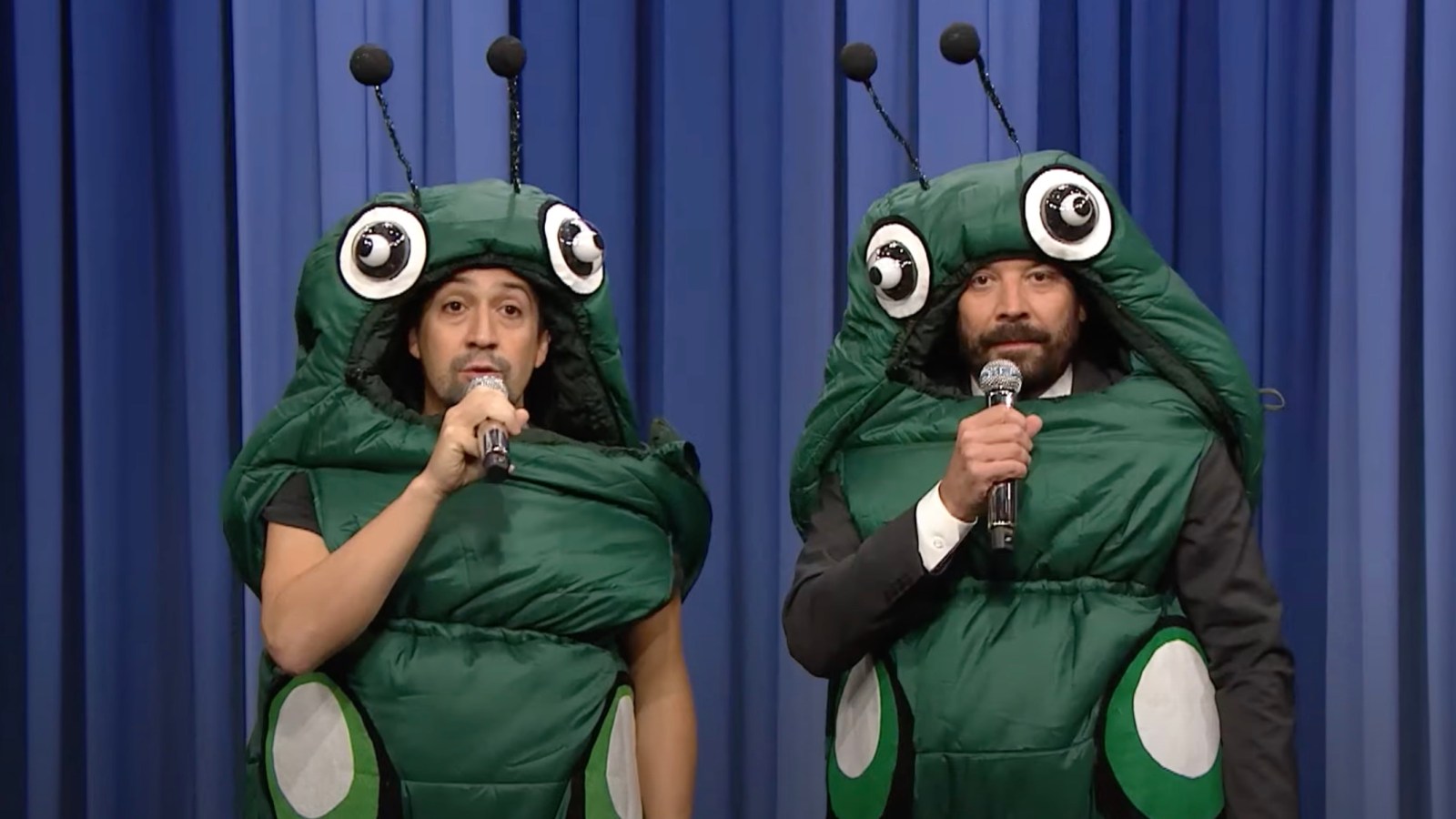 Jimmy Fallon assists on medley of Miranda-penned tracks, from “Dos Oruguitas” to “We Don’t Talk About Bruno”

Lin-Manuel Miranda performed a medley of the Encanto songs he wrote for the first time Friday with an assist from Jimmy Fallon on The Tonight Show.

After listing the soundtrack’s accomplishments — including how “We Don’t Talk About Bruno” is “the biggest Disney song of all time” — Fallon asked Miranda if he ever actually sang the tracks live. “I never have,” Miranda admitted.

The pair then put on caterpillar costumes — a nod to the soundtrack’s Best Original Song-nominated “Dos Oruguitas” — and performed a medley of the Miranda-penned songs onstage, beginning with the aforementioned ballad. After shedding the caterpillar costumes, the pair donned fake muscles for “Surface Pressure,” played toy accordions for “The Family Madrigal” and, finally, the hit “We Don’t Talk About Bruno” alongside a dance troupe.

Miranda visited The Tonight Show to talk about taking his four-year-old son to see Hamilton for the first time (“He fell asleep,” Miranda said), his retrospective songbook, and the Encanto cast’s upcoming Hollywood Bowl performances: