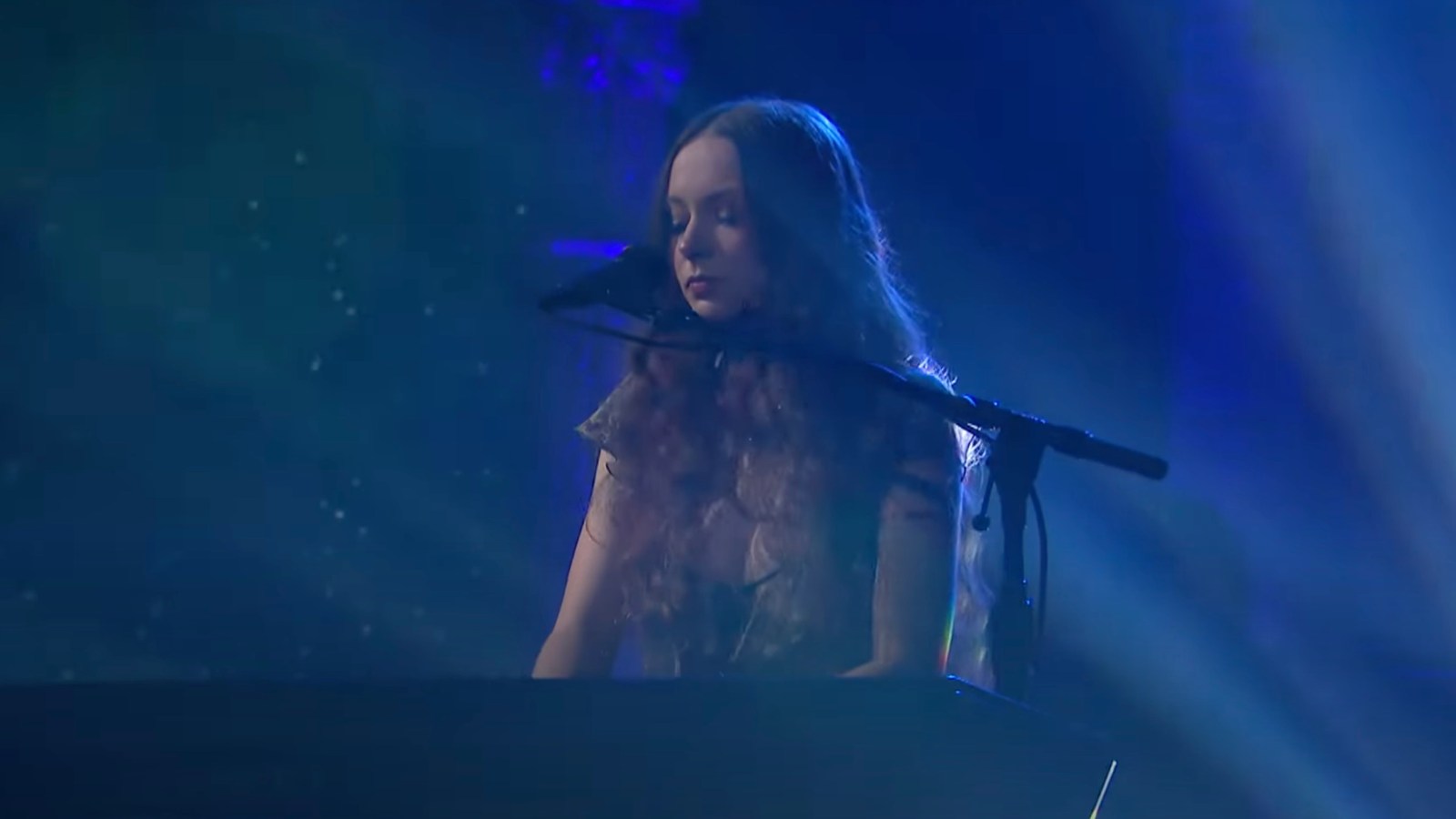 Rising British singer-songwriter Holly Humberstone appeared on The Late Show Tuesday to deliver an entrancing rendition of her latest single, “Can You Afford to Lose Me?”

The song is the title track on Humberstone’s recently released compilation showcasing songs from her two EPs, Falling Asleep at the Wheel and The Walls Are Way Too Thin; the atmospheric “Can You Afford to Lose Me?” is the lone new track on the collection.

Earlier this year, Humberstone collaborated with Matty Healy on the track “Sleep Tight,” marking the second time she’s worked with the 1975 frontman; they previously penned “Please Don’t Leave Just Yet” — which also features on Can You Afford to Lose Me? — off her debut EP together.

The compilation follows a breakout year for Humberstone as she also served as the opening act on the Sour tour with Olivia Rodrigo, whom she credits as a “huge inspiration” to her career. “There is so much vulnerability in her music I feel like it’s going to make for a really special live show, and I will definitely be bawling my eyes out every night!” Humberstone told Rolling Stone at the time. “It’s exciting to be bringing my songs to places I never thought I’d get to visit, and I feel very lucky!”