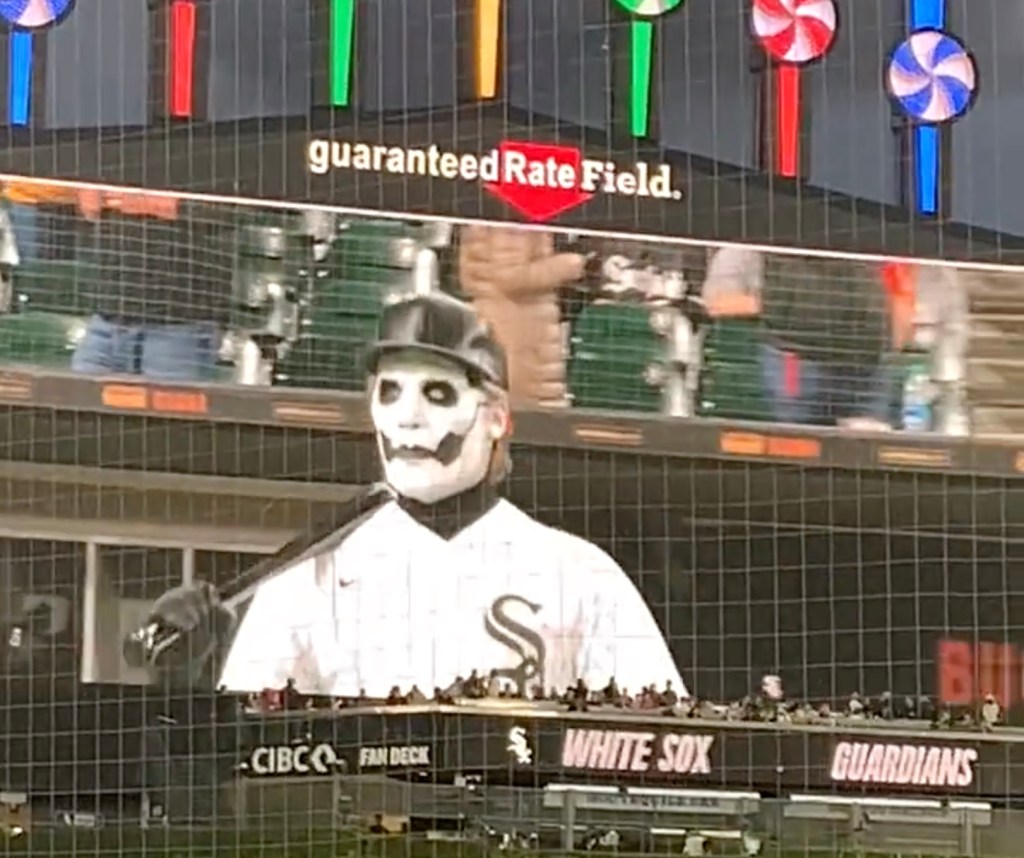 While all eyes were on the Bronx and Aaron Judge’s pursuit of the home run record, there was a Ghost sighting at the Chicago White Sox game as frontman Papa Emeritus IV threw out the first pitch.

In full stage makeup and White Sox gear — complete with Papa IV on the back of the jersey — the Swedish heavy metal singer, born Tobias Forge, lofted a ball from the pitcher’s mound to the catcher to kickstart Thursday’s game against the Cleveland Guardians. (Papa IV took the mound to the Trammps’ “Disco Inferno,” perhaps a nod to the White Sox’s Disco Demolition Night.)

Forge’s toss wasn’t close to a strike, but it was way better than 50 Cent’s infamous first pitch but not as accurate as Jack White’s throw at a Detroit Tigers game.

Ghost — who released their fifth album Impera earlier this year — were in the Windy City for the penultimate show of their Imperatour U.S. jaunt, with the mysterious metal band playing Wednesday night in nearby Peoria, Illinois. The trek will conclude tonight in Green Bay, Wisconsin.