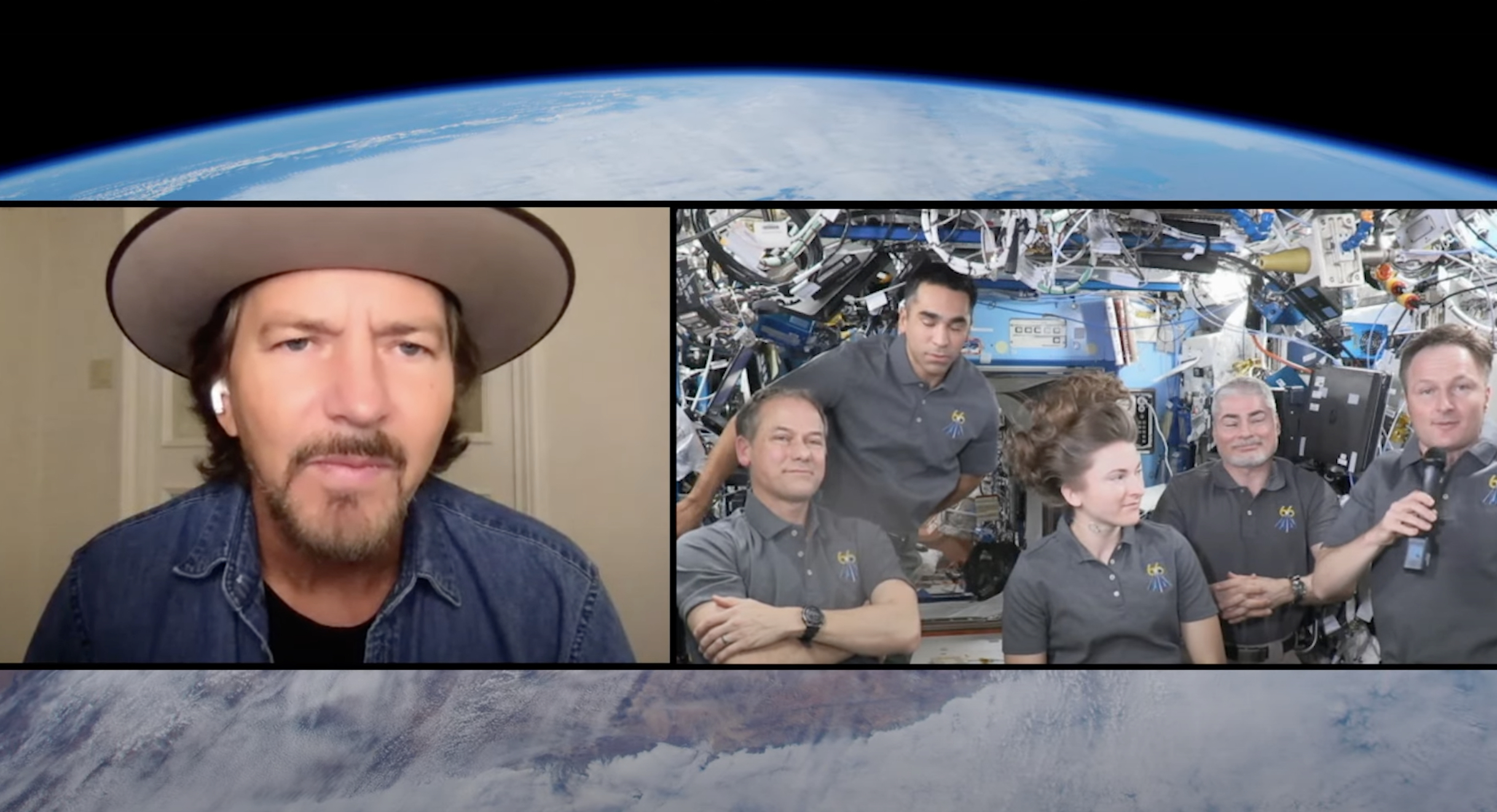 Eddie Vedder discussed climate change with a group of people who see the global effects from above — the astronauts aboard the International Space Station — to mark Earth Day.

During the conversation, the Pearl Jam singer asked the astronauts about co-existing peacefully, with the ISS denizens noting that, from space, the Earth has no borders, and what happens in one place environmentally could impact the entire world.

“The rainforest, in Brazil, for example, is getting smaller and smaller,” European Space Agency astronaut Matthias Maurer told Vedder. “In the area where people live, and you can see from up here that there’s agriculture, it’s getting bigger and bigger. On the border, you see flames, and you know people are burning down the rainforest. And then on the other side of the country, you see rivers being completely flooded and probably lots of villages are taken down and people suffer. That is also a consequence of the climate change, all of this is very visible from up here in space.”

Vedder’s long-distance phonecall comes a month after the Pearl Jam singer teamed with NASA for the video for his solo single “Invincible,” with that visual inspired by the planned Artemis I Moon mission that will see the first-ever woman and person of color landing on the lunar surface; the video featured footage of prelaunch tests along with Vedder’s live performance of the track.