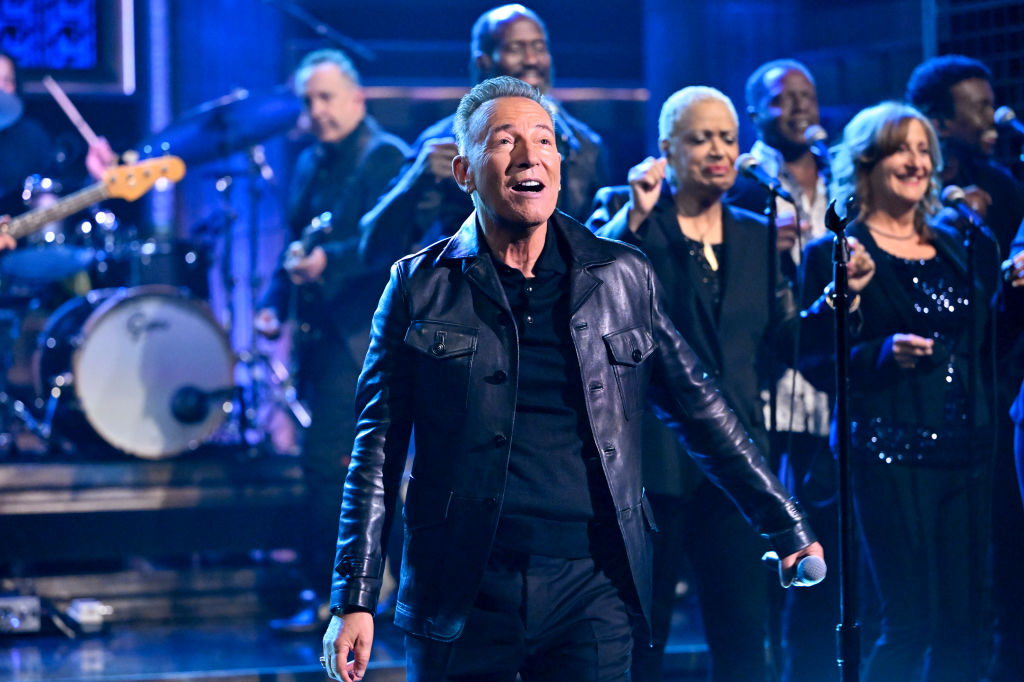 Bruce Springsteen continued his takeover of The Tonight Show Tuesday with a performance of the soul classic “Turn Back the Hands of Time.”

Armed with a massive ensemble that included strings, horns, and a quartet of backup singers, Springsteen delivered a rousing version of the 1970 hit popularized by R&B great Tyrone Davis, as well as Jimmy and David Ruffin. The track features on Springsteen’s new covers LP Only the Strong Survive.

Springsteen’s three-night stand on Jimmy Fallon’s show began Monday with a rendition of Frank Wilson’s “Do I Love You (Indeed I Do),” as well as a sit-down interview that ranged from the for his first tour with the E Street Band in six years and commonly misheard lyrics in his songs, to his promise to attend at least one show on Taylor Swift’s Eras Tour.

While the singer’s Fallon residency concludes Wednesday, Springsteen will return to The Tonight Show on a special Thanksgiving episode on Nov. 24.