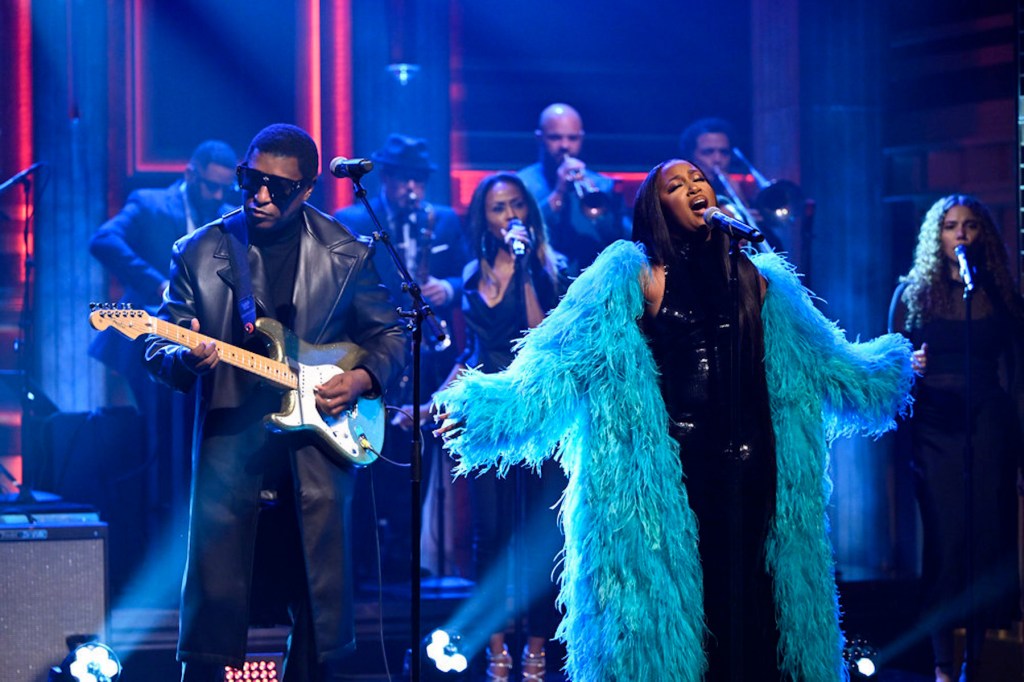 Girls’ night arrived early on The Tonight Show Thursday when Babyface performed “Don’t Even Think About It,” a track off his upcoming album Girls’ Night Out with Baby Tate. Tate, wearing a coat of blue feathers, handled the first few verses while Babyface strummed a sparkly Stratocaster (left-handed), leading up to the chorus, “Don’t even think about it, take a shot … don’t even think about forever.” Babyface, wearing dark shades, finally stepped up to the mic for the bridge, singing, “You don’t want to see you when you wake up/’Cause you don’t want face another breakup.” The Roots backed the singers up for the performance.

Babyface will release Girls’ Night Out on Oct. 29. In addition to Baby Tate, the album features appearances by many female R&B and hip-hop artists, including Ari Lennox, Kehlani, and Queen Naija. “The process for it reminded me of when I did Waiting to Exhale,” Babyface commented, referring to the 1995 movie soundtrack, which featured Whitney Houston, Toni Braxton, and Aretha Franklin. Babyface previously released “Keeps on Fallin’,” a duet with Ella Mai, which the pair performed at the BET Awards.