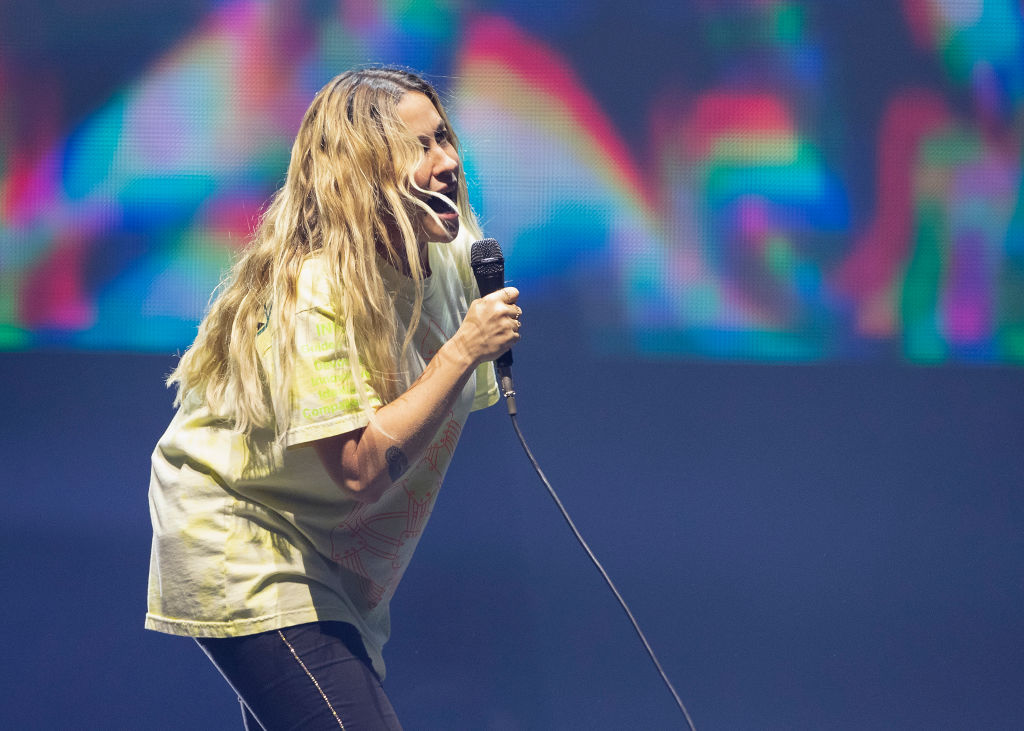 Alanis Morissette helped the Foo Fighters pay honor to Taylor Hawkins — her drummer before he joined Dave Grohl and company — Tuesday night at the Los Angeles tribute concert for Hawkins.

Backed by the Foo Fighters along with Red Hot Chili Peppers’ Chad Smith on drums, Morissette delivered “You Oughta Know,” which Hawkins had performed countless times during his 18-month stint as a member of Morissette’s mid-Nineties touring unit.

“The second I heard ‘You Oughta Know,’ I was like, ‘I’m in that band!’” Hawkins told Rolling Stone last November of joining Morissette’s band. “I just knew.” Morissette previously paid tribute to Hawkins at a June 2022 concert in London.

Even though in 1997, Morisette was a much bigger act than Grohl’s then-fledging band, Morissette apparently knew he would eventually leave her band for the Foo Fighters, according to Dave Grohl. “During his stint as Alanis Morissette’s drummer, long before he became a Foo Fighter, we would bump into each other backstage at festivals all over the world, and our chemistry was so obvious that even Alanis herself once asked him, ‘What are you going to do when Dave asks you to be his drummer?’” Grohl wrote in his 2021 autobiography, the Storyteller: Tales of Life and Music.