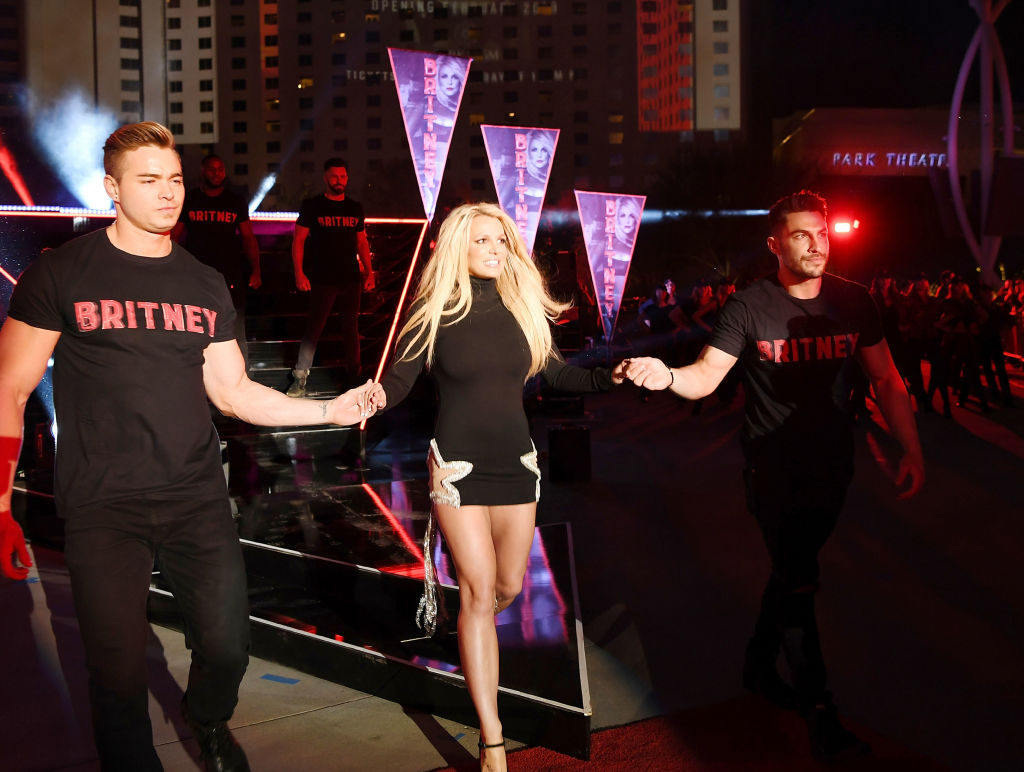 For the first time since gaining her freedom, Britney Spears spoke at length about the nearly 14-year conservatorship that left her “completely traumatized,” revealing new details in an audio recording the singer uploaded to YouTube.

In the dramatic 22-minute clip, which was posted as an “unlisted” link Sunday night, Spears pulls no punches, blaming her family for exploiting and abandoning her until she finally gathered the strength to fight back.

“They literally killed me. They threw me away. That’s what I felt like. My family threw me away,” she says in the devastating voice memo.

“I get nothing out of sharing all of this,” Spears says. “I have offers to do interviews with Oprah and so many people – lots and lots of money. But it’s insane. I don’t want any of it. For me, it’s beyond a sit-down proper interview.”

While she admits she’s always been “scared of the judgment,” Spears says she’s in a much better place now and hopes sharing more of her story will help not only herself, but others too.

“How can I mend this if I don’t talk about this?” she asks. “I have an amazing song right now with one of the most brilliant men of our time [referencing her latest with Elton John], and I’m so grateful, but if you’re a weird introvert oddball like me, who feels alone a lot of the time and you needed to hear a story like this today so you don’t feel alone, know this: my life has been far from easy and you’re not alone.”

With the bombshell address, Spears sheds new light on her darkest time. Here are eight things we learned.

1. She Believes She Was Set Up

“I literally spoke in a British accent to a doctor to prescribe my medication, and three days later, there was a SWAT team at my home,” the singer says about the behavior purportedly used to justify her involuntary hospitalization in early 2008. That 5150 hold led a judge to grant her initial conservatorship on an emergency basis.

While her dad claimed she was incapacitated and some reports called her “erratic,” Spears says she was simply young and amusing herself. “Literally, the extent of my madness was playing chase with paparazzi, which is still, to this day, one of the most fun things I ever did,” she says.

“I know now it was all premeditated,” she says of the start of the conservatorship. “A woman introduced the idea to my dad, and my mom actually helped him follow through and made it all happen. It was all basically set up. There was no drugs in my system, no alcohol, nothing. It was pure abuse.”

Britney’s mother, Lynne, responded to the singer on Instagram, writing, “Britney, your whole life I have tried my best to support your dreams and wishes! And also, I have tried my best to help you out of hardships! I have never and will never turn my back on you! Your rejections to the countless times I have flown out and calls make me feel hopeless! I have tried everything. I love you so much, but this talk is for you and me only, eye to eye, in private.” (Lawyers for Spears’ father did not immediately reply to a request for comment.)

2. She Felt Like a “Robot” and Wore Wigs to Hide Hair Treatments in Vegas

Spears had a successful residency in Las Vegas, but the star says she felt utterly demoralized and didn’t perform up to her own standards because of it. She says watching her dancers go out at night and enjoy their time in Vegas when she couldn’t join them or spend her own money took its toll.

“My performances, I know, were horrible,” she says. “Like I even wore wigs, and other dancers were doing all these nice sexy head flip turns, and I had conditioner treatment in my hair and these little caps over my head and just during the whole show getting conditioner treatments just with wigs on because I was just like a robot,” she continues, her voice cracking with emotion. “Honestly, I didn’t give a fuck anymore because I couldn’t go where I wanted to go. I couldn’t have the nannies that I wanted to have. I couldn’t have cash.”

She says the way she was treated killed her spirit: “I was a machine. I was a fucking machine. Not even human.”

3. She Was Told to Lie on Instagram About Why She Was Entering “Facility” in 2019

After her successful “Piece of Me” residency in Vegas, Spears was expected to debut a second residency, titled “Britney: Domination” in 2019. But things took a startling turn during one of the rehearsals for the show. “I went to one of the rehearsals and I said no to a dance. I was like ‘No, can we do that [instead]? I don’t want to do this,’” she recalls.

“It was insane how hard I worked. And the one time I speak up and say no in a rehearsal to a fucking dance move, they got pissed,” she says.

“I just remember everything got really weird and quiet and all the directors and producers went in the back room and just spoke and that was it,” she recalls.

The next day, Spears says, she was told the residency was postponed and she was being sent to a facility. “I was supposed to say on my Instagram, the reason why is because my dad is sick, and I need treatment,” she recalls, adding that she didn’t go willingly and only acquiesced because she felt threatened.

“I remember my dad calling me on the phone, and I was crying, and I was like, ‘Why are you guys doing this?’” Spears says. “And I just remember him saying ‘You have to listen to the doctors, the doctors are gonna tell you what to do, I can’t help you now.’”

According to Spears, her father’s last words before he hung up were ominous: “You don’t have to go. But if you don’t go, we’re gonna go to court and there’ll be a big trial and you’re gonna lose. I have way more people on my side than you. You don’t even have a lawyer. So don’t even think of that.”

“They put me in an ignorant state of mind to make me feel like I needed them,” she says. The message she heard was: “If you don’t do what we say, we’re going to show you who’s boss.”

4. She Gives News Details of Her Dad’s Alleged Abuse

“I think the main thing I do remember when I first started was my dad’s control,” she states. “He loved to control everything I did. I remember the first day he said, ‘I’m Britney Spears, and I’m calling the shots.’ And I’m like, ‘Alrighty then.’ My brother was a football player. And my dad was really, really hard on him when he was younger, and really abusive,” Spears adds.

“All I do remember is I had to do what I was told. I was told I was fat every day. I had to go to the gym,” she says. “I’d never remember feeling so demoralized, and they made me feel like nothing. And I went along with it because I was scared.”

5. She Had a Secret Getaway Plan

Though she’s now married to Sam Asghari, the trainer/actor she met on the set of her “Slumber Party” music video, Spears reveals she once thought of escaping the country with an unidentified mystery man she was in contact with during her residency.

“I was talking to a guy, and he wanted to just leave the country with me,” Spears confesses. “We had it all set up to just leave, and it was a secret relationship. And I said my biggest fear was, ‘What would my dad do, if I did do something wrong?’ What if I left the country? I feel like they would lock me up or something or really hurt me.”

The worst part of this story to Spears: “I didn’t even do anything wrong, and he still did it.”

“For some reason, I started to get a spark back. I remember recording Glory. And for some reason, I think producing and making music, I went to this little Spanish house, and I got the fire back in my eyes,” she says. “At the end of recording Glory – and my son named it – things started kind of taking a turn because I started getting more confidence just for myself,” Spears says, “and I think with confidence, people [are] kind of like, ‘Oh, wait, wait, wait, what’s going on now? Like, she’s speaking up a little bit more. But it might not be particularly a good thing,” she recalls.

“I think with confidence comes enlightenment, which makes you think better,” she says. “And that’s the last thing they wanted me to do was to actually be better, because then who would be in control then? But it was really tricky because I had to just play this role that everything was okay all the time.”

“Although I was kind of forced to go and I’m not even an alcoholic, I actually enjoyed it because I thought the people were brilliant,” Spears says about the AA meetings she joined. “They shared their stories, just to share their story in a circle of women and men who just are trying to be better people and trying to touch other people.”

8. The Free Britney Campaign, and One Member in Particular, Helped Her

Spears confirms again she was aware of the “Free Britney” campaign from seeing it on TV, recognizing the pink shirts and hearing about it through “word of mouth” But she’s still amazed that complete strangers were willing to fight for her, especially when her own family members sat idly by, in her opinion.

She recalls seeing one member of the movement speaking in an interview, saying he realized he could be “totally wrong,” but he truly believed the people in charge of the conservatorship were “doing something to her right now.” She recalls him saying, “I’m not sure really what it is. But that’s what my heart says.”

“The whole thing that made it really confusing for me is these people are on the street fighting for me, but my sister and my mother aren’t doing anything,” Spears says. “To me, it was like [my family] secretly honestly liked me being the ‘bad one,’ like I was messed up, and they kind of just liked it that way. Otherwise, why weren’t they outside my doorstep saying ‘Baby girl, get in the car, let’s go?’”