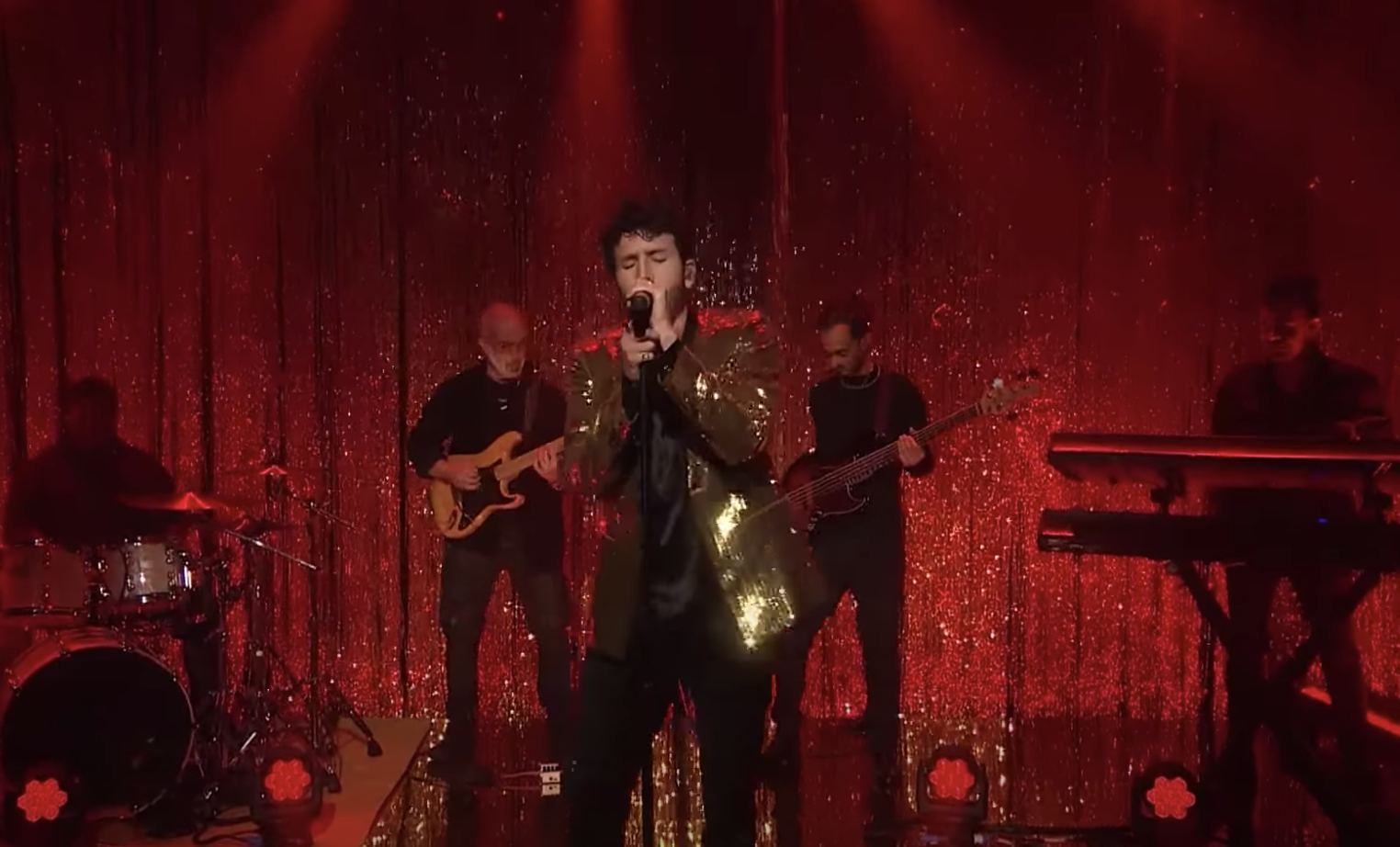 Sebastián Yatra appeared on The Tonight Show to perform his song, “Tacones Rojos.” Evoking the aesthetic of a classic lounge singer while donning a sparkling gold jacket, Yatra and his band delivered a soulful performance of the single.

Yatra spoke to Rolling Stone about Dharma in January, saying it “represents what I am 100 percent of the way.” He added, “I’ve had more time to make [this album], and it hasn’t been about the result. It’s more about the emotions behind each song. The songs gave me therapy.”

The singer recently launched his Dharma Tour, which kicked off in Mexico in February. The North American leg of the tour begins Aug. 5 in Houston. Tickets are on sale now. “t’s not a tour where fans come see me,” he said of his concerts. “But it’s one where they’ll see themselves reflected in all of these emotions.”