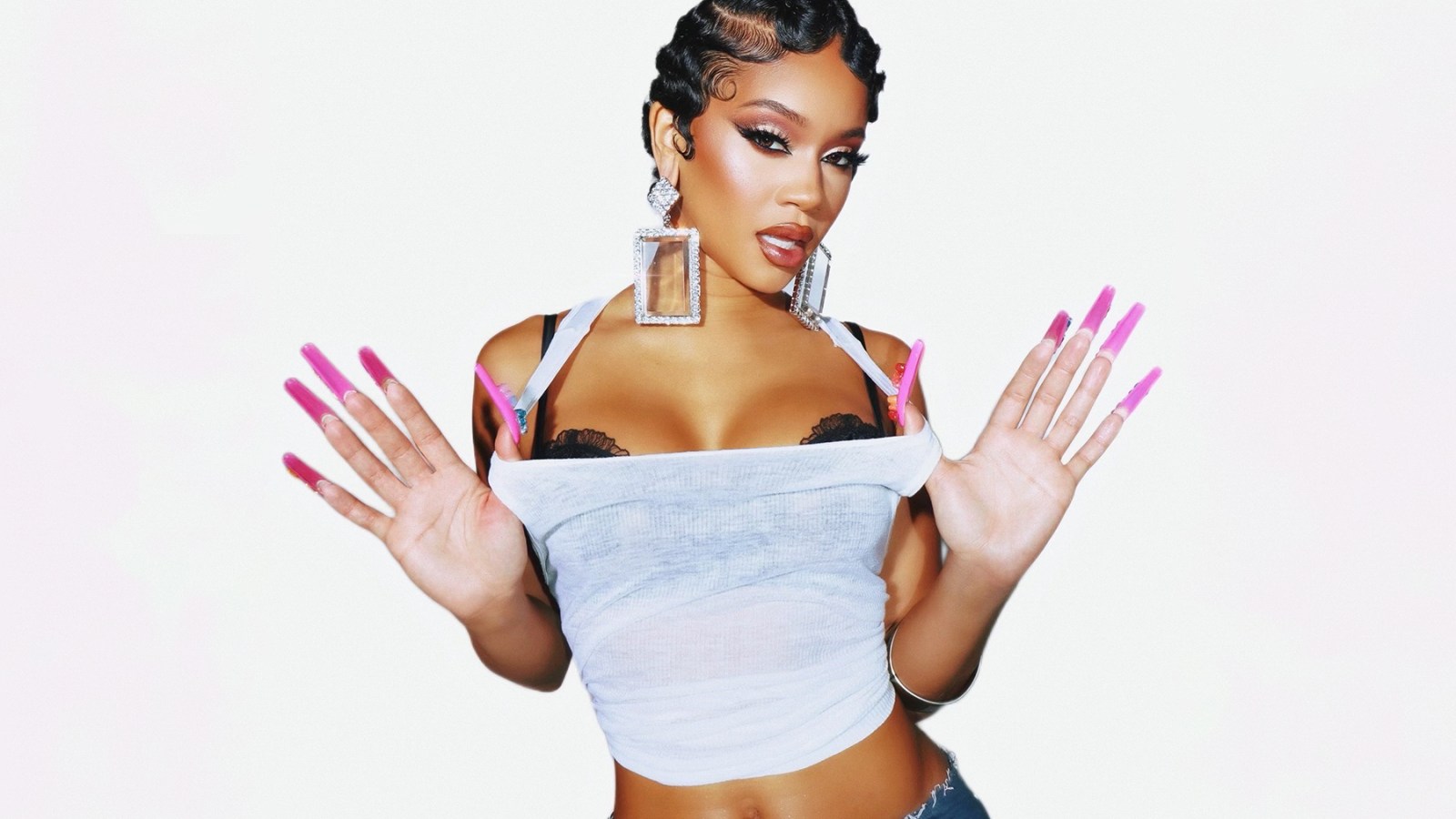 Saweetie isn’t here for the kiss and tell. On Friday, the Bay Area rap star released The Single Life, a six-song project about her new life as a single woman, including “Don’t Say Nothing,” a pointed track about men who “speak on who they be fuckin’ on.”

On the track, where she repeats “Don’t you tell nobody we fucking,” Saweetie raps over a hyphy beat: “Don’t make me refund the dick/Sent his ass back ’cause he came too quick/That shit wasn’t bussin’/I knew I shouldn’t have fucked him.”

“Don’t Say Nothin’ is for my single women who are upset with the violation of privacy,” Saweetie told Rolling Stone over email. “If you give someone an intimate moment keep it on hush mode.”

The track — with its “bussin” lyric — seems to address rumors that she dated Lil Baby — who collaborated with Nicki Minaj on “Bussin‘” in February — after she shared a photo on Instagram, with someone who appeared to be him. Lil Baby later seemed to refer to Saweetie (and that viral moment) in lyrics from It’s Only Me.

“She post a picture without my permission/Got me in some shit, man, these women is wild,” he rapped on “Not Finished.”

When asked why she decided to release “Don’t Say Nothin’” and how she handles “tabloid gossip,” Saweetie simply responded with “I don’t. I turn my phone off, order a matcha latte and turn on Netflix.”

The EP also features songs like the E-40-referencing “BO$$ Check,” “P.U.S.S.Y.” about how “pussy makes the world go ’round,” and “No Reception,” where she addresses her absence from the public over the last months.

“On ‘No Reception,’ I say ‘My vibes too high I ain’t getting no reception’ because sometimes when the bullshit happens, you just gotta vibrate high so that you can’t hear none of it,” she said. “My influence was honesty.”

The Single Life is simply the appetizer of her music to come as she’s been teasing the arrival of her anticipated album, Pretty Bitch Music, for more than two years. (At the end of “No Reception,” she promises: “Here’s a lil update: I appreciate the patience, PBM is on the way.”)

“They gonna be hella fed, so fed they need a workout routine,” Saweetie said. “This project is getting them ready for more new music.”

Saweetie previously told Rolling Stone she was “proud to be single” and sing about that experience on the new record.

She added at the time, “It was definitely revolutionary. It was heartbreaking. It was honest. It was a reflection. It’s just me being Saweetie in full transparency.”