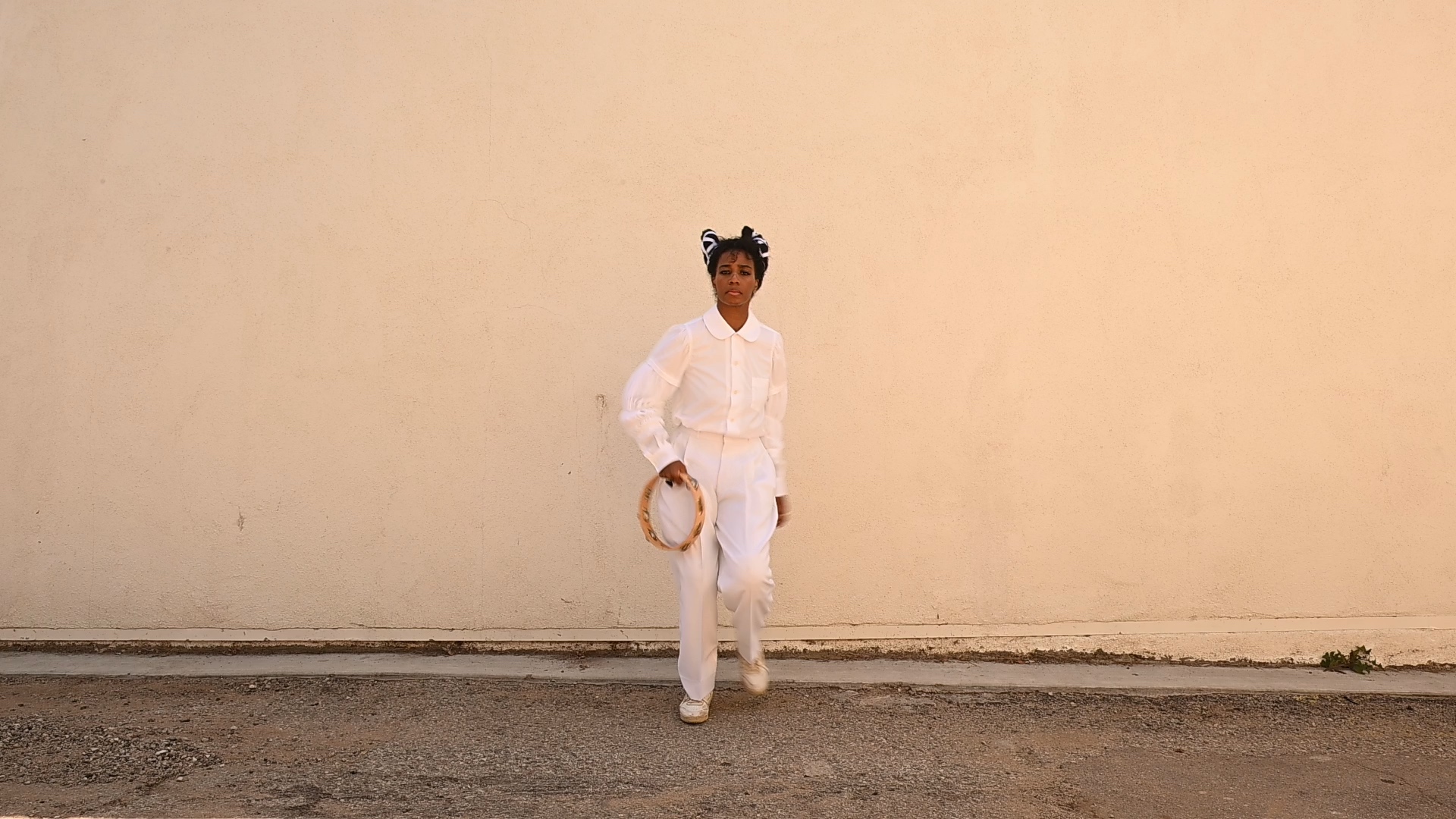 Santigold has shared her resilient new track “Shake,” the fourth single from her upcoming new album Spirituals, as well as its video inspired in part by the “strength and fortitude” of young civil rights protestors.

“‘Shake’ is one of those songs that was just floating around me for the taking, Santigold said of the track in a statement. “What I mean is that there are some songs that basically write themselves, and all you have to do as the artist is be open enough to reach out and pull it in and say thank you. When that happens I am always so grateful because it’s like the universe just handed me a gem. I sit down to write and as soon as I open my mouth the song just pours out.”

“Shake” teams Santigold with the recently resurfaced producer SBTRKT, who earlier this summer released his own first new song in six years.

“In this instance SBTRKT had sent me several tracks he’d been working on, and this one stood out because it sounded so different from anything I’d ever heard from him, and also so unlike anything I had ever done before,” Santigold added. “I literally stepped in front of the mic, and opened my mouth and said “ooh – hoo, shake, shake shake!”, and the whole rest of the melody poured out from there.”

Santigold paired her single with a video inspired by “the civil rights protesters being pounded with high-pressure water hoses, turned on them by the authorities, during their peaceful protests.”

“The strength and fortitude that it took for them, many just teenagers and young adults, to endure what they did and keep going, is monumental,” she said. “This video is an homage to them, in which I try to power through singing this song while enduring the pain of a high-pressure water hose.”

Santigold previously shared “High Priestess,” “Ain’t Ready” and “Nothing” from her upcoming LP Spirituals, due out Sept. 9. A month later, the singer will embark on her The Holified Tour starting Oct. 9 in Atlanta.